The number of U.S. households using only over-the-top streaming services to access TV programming and movies has nearly tripled over the past five years, according to a new report (PDF) from the Video Advertising Bureau out today. While on its own, that figure sounds impressive, the report points out that cord cutters’ slice of the pie is still fairly small – there are 14.1 million over-the-top only households, which is just 11 percent of all U.S. TV households. 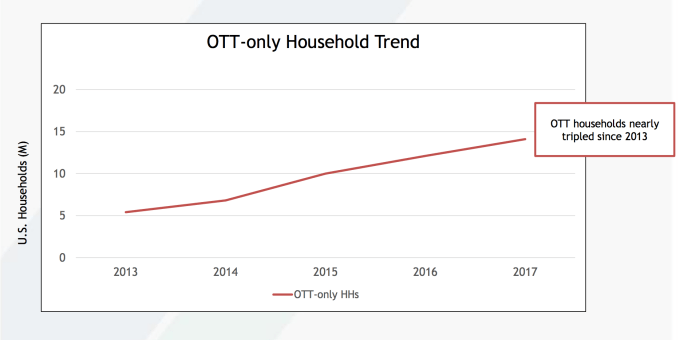 That’s less than the 12 percent of households that receive broadcasts over-the-air using a TV antenna, and far smaller than the 74 percent – or 90.3 million – multichannel households who access television through a cable, satellite or telco subscription. 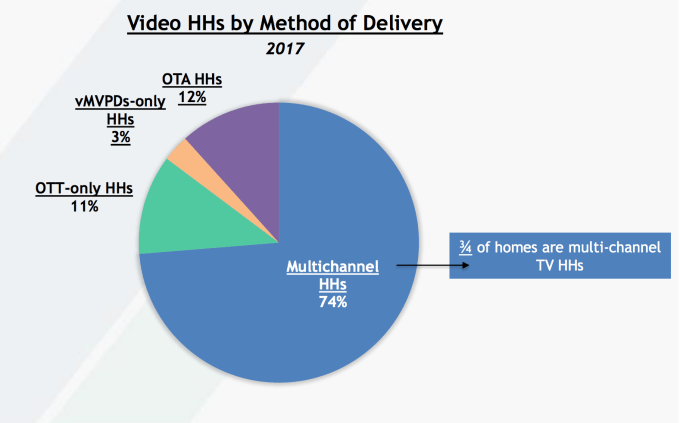 However, adoption of over-the-top services is growing. The VAB report forecasts that by 2021, over-the-top only households will grow 8.2 percent to 17.9 million homes, while multichannel households drop 2.4 percent.

For starters, nearly a third of over-the-top streaming service subscribers have three or more means to access over-the-top content, which represents an eight-fold increase over just the past two years. 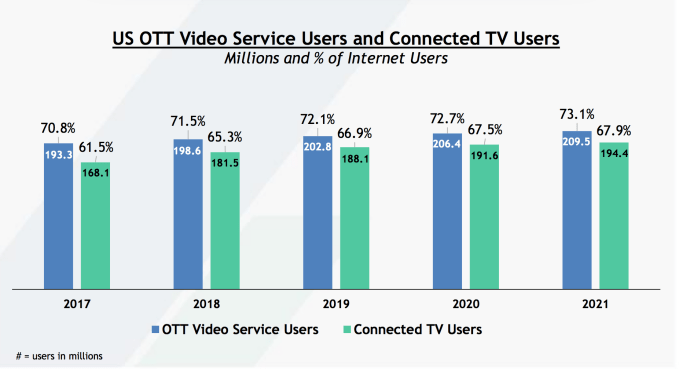 But the VAB report notes that streaming is still a small fraction of TV viewing hours, accounting for 11 percent of TV viewing hours from those ages 18 to 49 during October 2017. That’s up from 8 percent in 2016, and 5 percent the year prior. 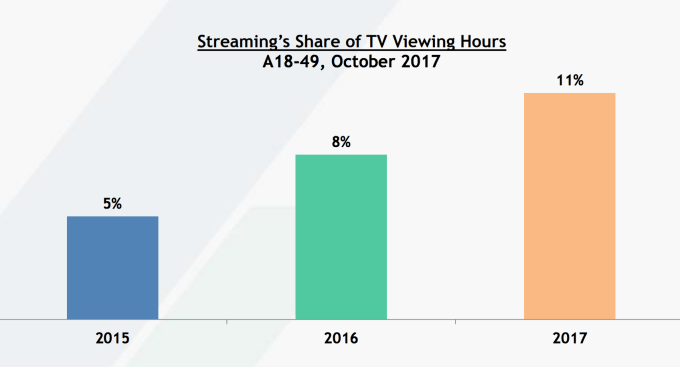 Still, the shift to over-the-top streaming is starting to have an impact on the TV ad industry. 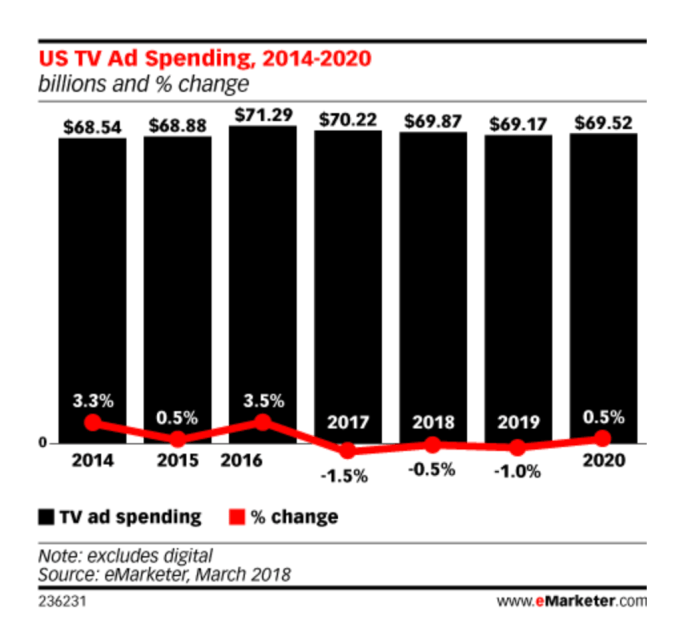 Spending will perk back up in 2020 with the U.S. presidential election and summer Olympics in Tokyo, but then will fall again to reach only a quarter of total ad spend by 2022.

“The shift of audiences to [over-the-top] viewing is changing the climate of the TV ad market,” said eMarketer senior forecasting director Monica Peart, in a statement. “As ratings for TV programming continue to decline, advertiser spending will also continue to see declines, especially in years that do not boast major events such as presidential elections and Olympic games.” 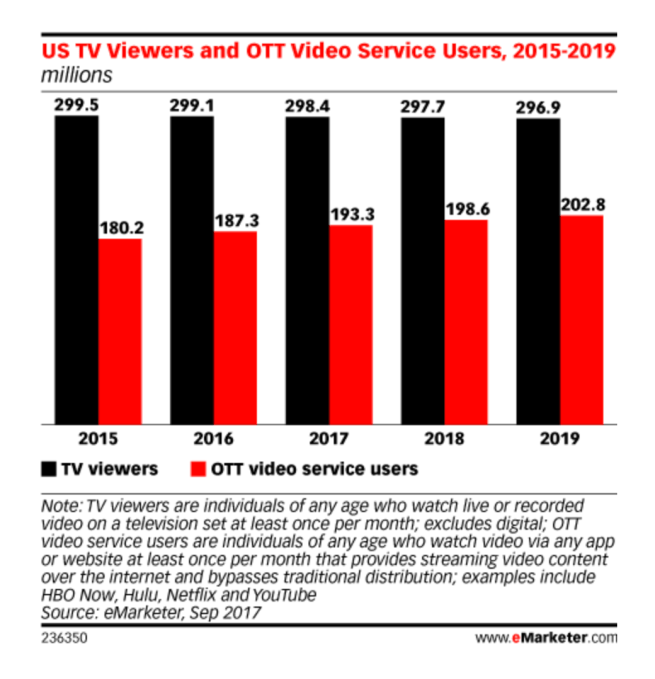 “Over-the-top platforms are growing in number and size, and many compete directly with pay TV by offering bundles of live channels at attractive price points,” said eMarketer principal analyst Paul Verna. “Consumers who want to cut or shave the cord now have a wealth of options that didn’t exist a couple of years ago. And we expect the offerings to become even more robust as more players enter the market,” he added.