MariaDB is best known as a drop-in replacement for the popular MySQL database. But the MariaDB Corporation, which was founded by MySQL founder Monty Widenius and which offers all of its software under an open source license, clearly has its sights set on a bigger market and is looking to expand and better challenge the likes of Oracle, the company today announced that it has acquired MammothDB, a big data business analytics service based in Bulgaria.

With MariaDB AX, MariaDB already offers an analytics and data warehousing system. The service launched in 2017 and, unsurprisingly, the company plans to bring the MammothDB’s expertise in this area to bear on MariaDB AX. 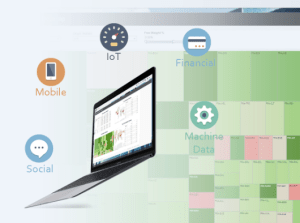 “The MammothDB team joins MariaDB at a critical point in our growth, bringing with them an impressive track record of delivering big data solutions,” said MariaDB CEO Michael Howard. “Over the past year, we’ve seen a major increase in demand for MariaDB AX as organizations seek to fill an open source analytics gap left by proprietary offerings such as Oracle and Teradata. The addition of MammothDB’s deep analytics expertise will be invaluable to helping MariaDB meet this growing need and continue to innovate our analytic products.”

The companies did not disclose the price of the acquisition. MammothDB raised a $1.8 million seed round led by 3TS Capital Partners and Empower Capital in 2015 but it doesn’t look like the company ever raised any additional funding. MariaDB, on the other hand, closed a $54 million Series C round led by Alibaba Group and the European Investment Bank in late 2017, which was surely a factor in being able to make today’s acquisition.