Today, Cisco announced a $50 million donation to Destination: Home over the next five years. The idea is to help put an end to homelessness in Santa Clara County — an area of Northern California that is home to the tech industry’s Silicon Valley. This area consists of cities like Cupertino (home to Apple’s headquarters), Mountain View (home to Google/Alphabet), Palo Alto (home to Facebook), San Jose and Sunnyvale.

“We have said for a long time that it is up to all of us to end homelessness in our community,” Destination: Home CEO Jennifer Loving said in a statement. “Cisco has fully embraced that concept, and is stepping up in a big way to provide the type of critical private sector leadership and substantial funding that is necessary to address this crisis head on. We couldn’t be more thrilled or grateful to have Chuck Robbins and the Cisco team at the table.”

Cisco has donated an initial $20 million chunk to Destination: Home through its Cisco Fund. The plan is for this money to invigorate Destination: Home’s efforts to achieve its five-year plan to end homelessness, which entails disrupting and transforming homeless response systems, building new housing opportunities and deploying client-centered solutions.

Since implementing the plan in 2015, Santa Clara County has been able to permanently house 5,154 people, according to Destination: Home’s March 2018 progress report. 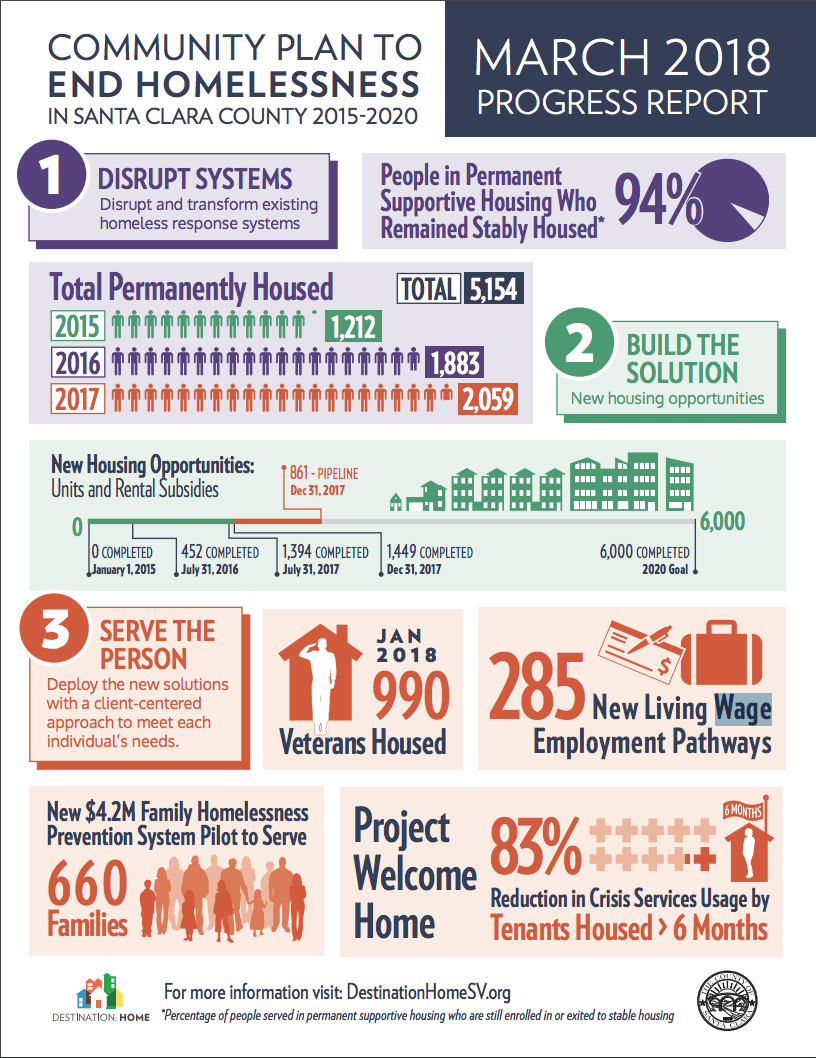 “I believe that this commitment is a smart, long-term investment in the work that Destination: Home does, allowing them to buy land and build additional housing, pioneer technology solutions around homelessness, enhance data collection capabilities, and test promising social service intervention model,” Cisco CEO Chuck Robbins (pictured above) wrote in a blog post. “This is also an investment in the place that has been so good to us as a company – the place where so many of us are fortunate not just to work, but to have a home.”

As tech companies grapple with their roles in the displacement of non-tech workers, it’s promising to see some of them try to tackle the problems they helped exacerbate. It’s worth noting Cisco is not the only tech company putting money behind social good efforts. In October, Google committed $1 billion in grants to train U.S. workers for jobs in the high-tech industry.