Last month, Logan Kugler checked into the home of a Los Angeles-based Airbnb host. The plan was to stay there for about one month, but Kugler found himself checking out just three days after checking in. That’s not because he wanted to, but because the host cancelled his reservation.

This story is not about any one party being right or wrong. Instead, let this serve as a reminder that we are living in an age of non-traditional services — be that via rideshare, home sharing, bike sharing and so forth. That means, as it stands now, anyone has the right to kick you out of their car, house or apartment if they feel so inclined. That’s essentially what happened with Kugler when he used Airbnb to rent a home in LA last month.

“I woke up to a message on my phone that said Airbnb had changed my reservation and that it ended in 36 hours and I was to leave,” Kugler told TechCrunch. “This was a 31-day rental.”

The host asked Kugler to leave because she felt uncomfortable with the amount of requests he was making, such as to change the layout of the refrigerator and install different lights, she told TechCrunch. That’s when she contacted Airbnb to let the company know she wasn’t going to be able to let him stay there anymore.

Kugler has since said (updated 3/23) that wasn’t quite true, saying:

That’s completely untrue. I asked her to have the refrigerator fixed because the insulation was broken and it would not stay cold. And I did not ask her to install different lights. I noticed she had halogens and made the friendly suggestion of switching to LEDs to save her money. It was a helpful suggestion, not a request.
Also, she never said being uncomfortable was the reason. She simply told me the dates were blocked because she had a family emergency. That’s a major contradiction.

The host gave Kugler 48 hours’ notice to leave the premises. Kugler, however, said he wouldn’t be able to pack up and leave that soon. So he asked for a couple of extra days, which the host declined.

Meanwhile, Kugler was in contact with Airbnb over the course of a couple of days to find a new place to stay with the same nightly rate, according to messages reviewed by TechCrunch. Before Kugler was able to find a new place to stay, the time ran out on his original reservation. Because he hadn’t left yet, the host called the police to help her get him off her property. Part of her rationale for calling the police, she said, was because Airbnb wasn’t helping her to get him to leave.

“I felt uncomfortable,” she said. “I lived in the main house and I wasn’t comfortable having this man on my property.”

Kugler, after being asked to leave by the police, left the premises. While Airbnb did reimburse Kugler for his stay, offer him assistance in finding another Airbnb and pay for a hotel for the nights he couldn’t find an appropriate place via Airbnb, Kugler said that didn’t matter to him because he’s a pretty particular person. So particular that he spent hours looking at options before landing on this one.

“As it stands right now, if you book an Airbnb you could be homeless at any second and thrown out on the street,” he said. “If this remains, I think they may lose some customers as awareness grows about this.” 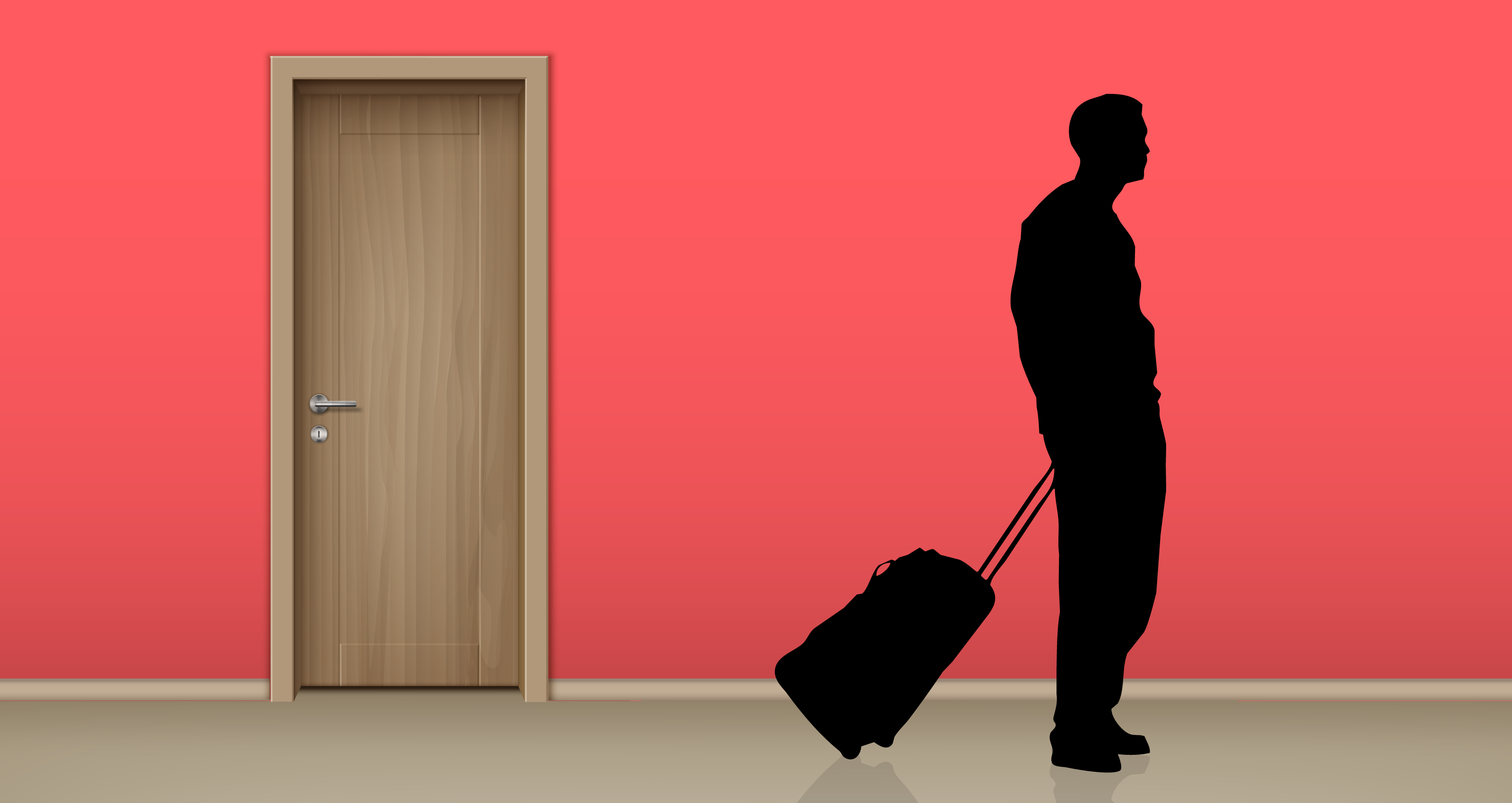 While canceling a guest’s reservation is technically acceptable behavior, according to Airbnb’s terms of service, it’s certainly rare. This means guests are at risk of being cancelled on mid-stay, but Airbnb says it is ready to work to rebook anyone to whom this happens.

“There have been over 300 million guest arrivals on Airbnb to date and negative experiences are extremely rare,” Airbnb spokesperson Nick Papas told TechCrunch. “We have re-booked our guest and followed up with our host regarding this reservation. We work hard to make sure every guest has a great experience and want to make it right when things don’t go as expected.”

What Kugler ultimately wants is for Airbnb to change its terms of service. But Airbnb, which is simply a facilitator for home rentals, said in a message to Kugler reviewed by TechCrunch that it can’t force people to make their places available no matter what.

“The listings on our platform are owned and controlled by the host themselves,” an Airbnb representative told Kugler. “Airbnb cannot force a host to further accommodate a guest if they do not want to or are not able to for whatever reason.”

Also, sometimes life happens, as Airbnb outlines in its policy on emergency situations and other unavoidable circumstances. In a help article, Airbnb says it “empowers hosts to set and manage their cancellation policies,” and that if either a host or guest needs to cancel a reservation, they are responsible for cancelling as soon as possible.

“At times, certain circumstances outside of a host or guest’s control can impact their ability to meet the terms of a reservation,” the help page states.

According to the terms of service, if a host cancels on the day of check-in or later, guests can leave a public review on the host’s listing profile. Kugler did that, which prompted a response from the host. Again, it’s not necessary to get into the details. Instead, this is meant to serve as a public service reminder that Airbnb, along with many other startups in this sharing economy, are not solely on the side of the customer.

Unlike hotels and taxis, the ethos that the customer is always right doesn’t fly in this type of economy. Airbnb, along with its peers like Uber and Lyft, are intermediaries, which means it’s in their best interest to ensure both hosts and guests are happy, and drivers and riders, respectively. In this case, however, neither the host nor the guest ended up happy.