Cancer remains the one counterpoint to the march of medical progress that has scored human history over the last 200 years.

Last year 600,920 people in the U.S. died from cancer, and another 1.7 million received an initial diagnosis of the disease. Globally, one in six people die from cancer, according to the World Health Organization.

In the past decade, research in the field has expanded the possible treatments of the disease from surgery (which was the only option until the 20th century), radiotherapy, chemotherapy and hormonal therapy.

Among the most promising of these new treatments are those which attack the functions of the tumor itself. New epigenetic therapies, therapeutic viruses, novel nanoparticles and immune therapies look at external responses to cancerous growths — sequencing out mutations that can lead to cancerous growths; creating new pathogens that only attack cancer cells; building new particles that attack cancer cells; or boosting the ability of the body’s natural immune system to attack cancer cells. By contrast these treatments look to stop the growth of tumors by focusing on inhibiting the biological processes that encourage that growth.

Tradewind BioScience, which is launching today at Y Combinator’s winter demo day, is taking this approach.

While research on these new potential therapies is only now making its way into scientific journals (with most studies published within the past three months), Tradewind co-founders Dr. Thaddeus Allen and Dr. Ron Buckanovich have mostly kept their work under wraps after having studied different cancers for more than a decade.

Allen began his studies roughly 14 years ago at the University of California, San Francisco under the tutelage of the Nobel Prize-winning cancer researcher Dr. J. Michael Bishop, where he was investigating the way a certain protein, EGFL6, affected the growth of lung cancer cells.

Bishop’s lab was one home for novel cancer research, but UCSF wasn’t alone in breaking new ground. Half a continent away, Buckanovich was doing his own studies on the role that the same protein played in the growth of ovarian cancer cells in his lab at the University of Michigan.

“He had filed a patent through the University of Michigan,” Allen says of how he first came across Buckanovich’s research. “I found him on Google patents and I found the patent first. I contacted the tech transfer office and they put me in touch with [him]. Probably the best thing I’ve done in the course of this adventure was to form that relationship with Ron and the University of Michigan.”

Buckanovich published his research on the link between ovarian cancer and the EGFL6 protein in 2016, and it was the jolt that Allen needed to reach out and begin work on Tradewind in earnest.

“I thought long and hard about how we proceed,” Allen says. “This protein is incredibly important in how cancers survive and spread around the body. I had that idea four years ago… and it took me that time to get the courage to say okay let’s get this together.”

In the interim, Allen had been quietly amassing a body of research of his own on how the protein may affect lung cancer cells. “I wanted to keep things secret until things had progressed to a certain point. A point of inevitability,” he says. “I really want to be the one to make this work.” 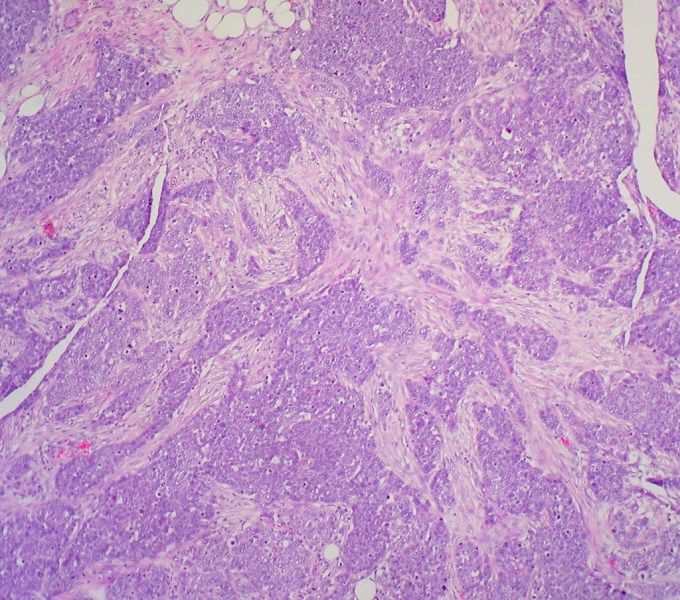 That Tradewind’s therapy is potentially able to treat two very different kinds of cancer is remarkable because cancer is considered to be a very unique disease. It’s a parasite that’s specific to the genetic makeup of its host. In fact, the specificity of cancer to an individual is what makes the disease so difficult for the body to fight.

“We’re taking on the possibility that they’ve really hit on something that — as opposed to going after some downstream things — are in the physiology of these cancers,” says Diego Rey, Y Combinator’s visiting partner focused on healthcare and biotech startups. “When you go downstream in these [treatment] processes it’s a little bit like whack a mole,” says Rey.

Rather than attack the cancer, Tradewind’s therapy tries to attack the root of the disease. How it grows and spreads through the body.

“We’ve been able to tease out [some] main things that [the protein] does,” says Allen. “It regulates cancer stem cells… the ones that allows the cancer to grow… And it plays a really prominent role in the survival of cells.”

In primary tumors — the initial cancerous mutations — Allen and Buckanovich discovered that the protein they identified plays a major role in controlling stem cells which allow the tumor to grow. That same protein is important in keeping cancers alive as they spread through the body.

“The secreted protein feeds back on the cells and allows them to live as they exit the tumor and find new homes in different tissues,” says Allen. “What the antibody can do… it can bind to the secreted protein and now the protein can not feed back on the cancer cell and bind to the receptors that it’s supposed to bind to. So now it can’t provide that survival signal to the cancer cell.”

The expression of this protein in a patient can also be a useful indicator of the potential to develop cancer. “If you have lots of this protein it’s very likely that you will succumb to a cancer,” says Allen. “[And] it’s really the highly metastatic cancers. These are the deadliest. These are the ones that will spread around the body to different tissues.”

For Allen and Buckanovich, the development of their therapy means that patients could one day get an intravenous infusion of antibodies that would inhibit the production of the protein they identified, rather than getting a bolus of incredibly toxic chemotherapy or undergoing radiotherapies.

“That is actually what Y Combinator has urged us to refocus on,” Allen said. “We’ve been so busy trying to convince people that the target is fantastic.”

Once out of Y Combinator Allen predicts that his new company will need between $7 million and $10 million to get to a first stage of clinical trials within the next three years.

Both he and Buckanovich think that the treatment could be effective beyond their fields of expertise in lung cancer and ovarian cancer.

Buckanovich says that’s the key to what he and Allen are trying to do. “The protein is made not only by the tumor cells but it is made by the host,” he says. “Think of it like soil. If cancer is the seed… if we can prevent there from being a fertile soil for any of these seeds to grow. It may be more applicable than just the subset of cancers that make this protein… In an ideal world this drug would be preventative. We might be able to treat [cancer] with a benign course of antibodies.”