The electromechanical industry may not be the kind of sexy tech that you’ll regularly read about in TechCrunch, but we like solutions to problems, and that is why I am about to write about a company in the aforementioned industry. Add in that the startup is based in Asia — Thailand, to be precise — and we have the recipe for a young company to keep an eye on.

Kyklo is the company and it is aimed at bringing the electromechanical space, which is worth over $1 trillion per year across 100,000s of distributors and retailers worldwide, into the digital era. The company operates a service that brings sales channels, inventory and networks online to replace the existing system, which is largely offline.

As of now, for example, if an OEM is selling air conditioning units for a new building development — the industry touches 5-20 percent of every new building via electrical equipment — the process will typically be handled by a reseller who presents a paper-based inventory to the buyer. Kyklo is proposing to take things online by allowing OEMs to lay out their inventory in a web-based shop — like Shopify — which can then be used by the reseller to solicit sales.

The idea may seem elementary, but the benefits go beyond ease of use — a website obviously has plenty of benefits over a physical sales catalog — including increased visibility to the OEM, who previously relied on the reseller for sales data. Resellers themselves also have a more dynamic catalog of products to share with prospective sales leads, which is also designed to feature highly in search engine rankings to help bring in inbound sales leads.

Kyklo began as a Shopify-like solution when it was founded in 2015 by two former employees of Schneider Electric, the $50-billion electric and energy company that is listed in Paris, France. Over the past year, however, the startup refocused into a sales lead and management tool for both OEMs and resellers.

CEO Remi Ducrocq — who started Kyklo with fellow co-founder and CTO Fabien Legouic — told TechCrunch that there was an expectation that simply by launching a store sales leads would land. While Kyklo does optimize search ranking, it works best as an aid for teams by helping coordinate sales leads, giving greater transparency on data — for future sales predictions — making it easy to add new products quickly, and automating much of the process for repeat customers. 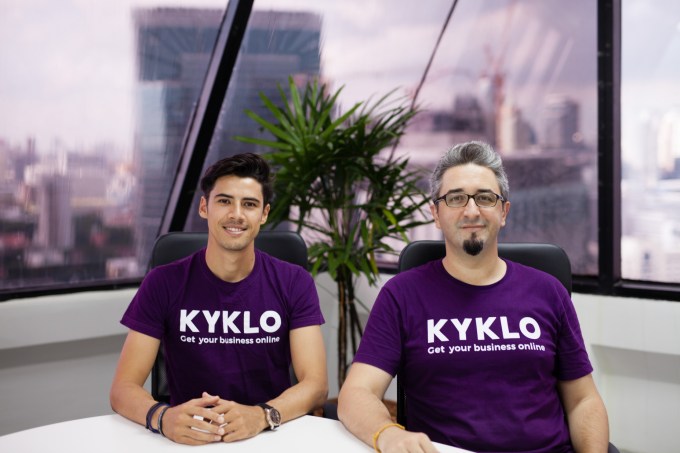 Rather than spending time requests from existing customers with phone calls and emails, resellers can simply provide a link to the catalog and enable customers to handle the re-purchasing process by themselves. That frees up resources to chase new sales and more.

“When we pitch distributors on why they should digitize their sales operations, it is first about how you get your existing customers online. So you shift your business from offline to online and by doing so you’ll get better satisfaction and you’ll be able to saturate your customer base,” Ducrocq said, pointing out that the service has helped some customers add 20 percent more sales from existing customers.

“Considering a distributor has 10 sales guys covering 1,000 customers, the truth is they only spend time with 50 guys who do 80 percent of the orders,” Ducrocq added. “On existing customers, a lot of the work is really admin [so] that’s something you can take off by making it digital.”

Kyklo’s customer base includes Schneider Electric and Thailand-based Interlink, the latter of which told TechCrunch in a statement that it grew revenue from its online business five-fold “in a matter of months” after coming on the Kyklo platform.

The benefit for OEMs is obvious, but initially some resellers were initially unsure of allowing a third-party into the relationship with their supplier (OEM). Kyklo CEO Ducrocq said his company has no interest in entering the reseller space. In fact, it has field agents who accompany resellers to meetings with their major buyers to help them come aboard while it jointly works on data and statistics to help reseller teams target new sales opportunities.

While it is sticking firmly to its position in the sales cycle, the startup does, however, have designs on international expansion. Right now, has customers in seven markets in Asia — Ducrocq is half-French, half-Thai hence the initial location in Bangkok — but already it is casting eyes on the European and North American markets.

U.S.-based Handshake, a B2B sales platform that has raised over $20 million from investors, is perhaps one of the most notable competitors it would come up against, but Kyklo believes its focus on the electromechanical space can help it conquer its niche. The startup is also looking to expand its relationship with existing global customers who it services in Asia to cover new markets that will give it a rolling start to its expansions.

“Right now we’re looking at which two countries we will do in Europe, and where we will go in the U.S.,” Ducrocq said.

The company currently has 40 staff in its Bangkok HQ, with a number of remote business development and sales executives. While it plans to increase the number of staff it has outside of Thailand, there is no plan to relocate its main office from Bangkok. 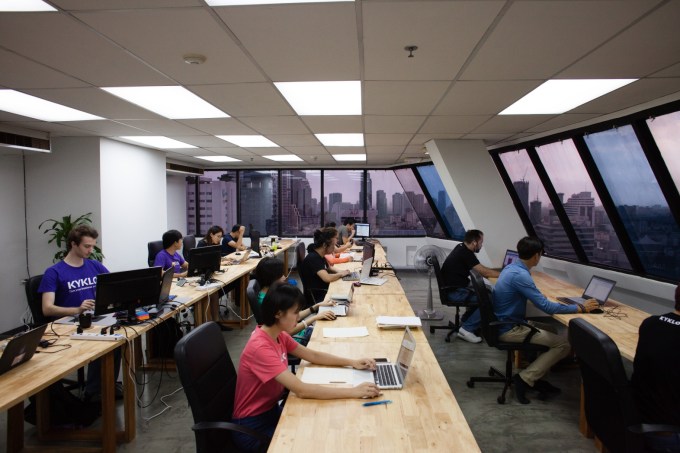 The Kyklo office in Bangkok