This is significant expansion, in terms of reaching potential YouTube advertisers who would have otherwise not had the resources to write, film and edit a professional ad for YouTube.

The service is kind of a bargain for the small businesses, too. Hiring a pro to create a professionally produced video could cost $1,000 or more. But YouTube is basically doing it for free – well, free with a catch.

It’s available at no charge for any business that commits to spending at least $350 to advertise the video on YouTube. However, that’s in line with the low-end of buying airtime for a 30-second local TV ad, which ranges from $200 to $1,500+, depending on time slot.

YouTube Director onsite works by connecting area businesses with YouTube-approved filmmakers, who will schedule call with the advertiser to learn about the business and help them to write a script. The filmmaker then comes to the business to film the video, and returns an edited version the next week. YouTube’s ad experts help get the video upload to the site, and aid the business in crafting their YouTube ad campaign. 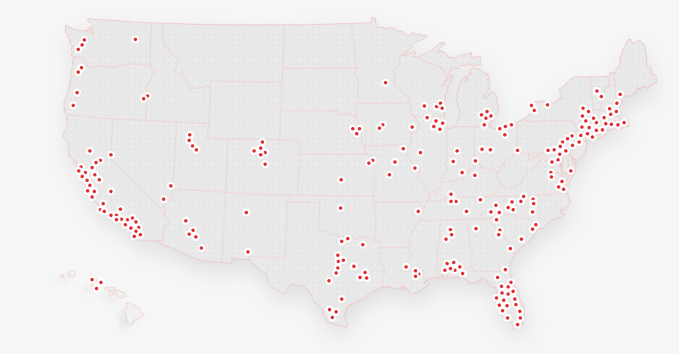 The company hasn’t shared any comprehensive metrics on how well these ads perform, but did note in a blog post a single case study where a custom guitar shop saw a 13x return on ad spend, and a 130 percent increase in revenue from the ad. The YouTube Director onsite website also features a number of other ads created via the service, to showcase the professional quality of what can be produced.

The company has claimed for years that YouTube ads are more effective than TV because they allow targeting – but that’s an argument that can be made for may sorts of online ads. In addition, YouTube reaches a younger demographic, so small businesses should keep in mind that they may need other ways to reach to those over the age of 35, for example. The timing of this U.S. expansion is relevant because YouTube just last week announced new AdWords experiences that tie together Google searches with YouTube advertising and calls-to-action.

The company had previously allowed Google account user data to influence YouTube ads, starting in 2017. With custom intent audiences, now in beta testing, advertisers can now create a keyword list for their video in AdWords. They can then combine this targeting feature with YouTube’s new direct response video ad format, TrueView, which offers a customizable call-to-action in a video ad.

The ads created by YouTube Director onsite will support this feature as well, allowing the businesses to capture leads or referrals, or something else that’s important to their specific businesses.

In other words, if you thought having the shoes you abandoned in a retailer’s shopping cart following you around the web was weird, wait until YouTube starts showing you ads for local businesses that match up with what you’ve just been googling. (By the way, Google does let you opt out of personalized ads if that’s how you roll.)