It’s not every day that Oracle’s billionaire founder, chairman and CTO Larry Ellison launches a new business, but such is the case today. That new company? Sensei, a new L.A.-based wellness brand that will focus first on developing hydroponic farms and later . . . well, details are scant, but they’re coming soon, we’re told.

Ellison, who we presume is funding the effort, co-founded the company with his longtime friend, David Agus, a prolific author and professor of medicine at USC where he is, notably, the founding director of the Lawrence J. Ellison Institute for Transformative Medicine.

According to Sensei’s president, Dan Gruneberg, Ellison and Agus came up with the idea of starting a wellness company when a close mutual friend of the two was dying and they were spending more time together. In fact, as they watched their friend’s health deteriorate, they decided there was more they could, and should, do about it.

Step one, apparently, involves building a hydroponic farm of undisclosed size on the Hawaiian island of Lanai, which Ellison acquired for $300 million back in 2012.  There, says Gruneberg, the Sensei team will be focusing not on yield per acre but nutrition per acre, a selling point for the fruits and vegetables it plans to hawk to restaurants and retailers under the brand Sensei Farms.

Hydroponic farms — in which plants are grown in water rather than soil —  aren’t necessarily known for cultivating fruits and vegetables that are any less nutritious than their conventional counterparts. But by increasing the concentration of nutrients, growers can increase the nutritional content of their vegetables. That seems to be the strategy here. 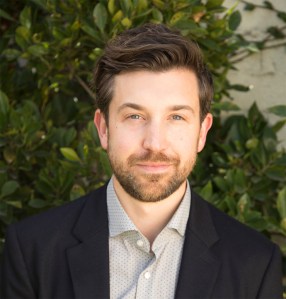 Another aspect of the business that Sensei will undoubtedly be marketing is sustainability. According to Gruneberg, Sensei’s hydroponic farms will use roughly 10 percent the amount of water used in traditional farming, and via a partnership with Tesla, its farms will be solar powered, too.

Asked how many hydroponic farms Sensei plans to build, and how many people the company employs currently, Gruneberg declines to say, telling us that more information about the company will be coming in later months, when there’s more “there” there. (There are many “inputs” to living well, he notes.)

As for Gruneberg — who previously cofounded Zozi, a maker of web-based booking that was acquired last year — he joined Sensei last April after being introduced to Ellison and Agus through a friend.

He says that as the son of a nutritionist mother, it was a natural fit.

Certainly, the market opportunity the team is chasing is huge. About $700 million was invested in agricultural tech last year, roughly double what was invested in both 2016 and 2015. Perhaps it’s no wonder, given estimates — including by the United Nations — that by 2050, agricultural production will have to rise by 70 percent to meet projected demand.

With Ellison’s financial muscle and notoriously competitive nature, those numbers could look very different in a few years.