Microsoft today announced its plans for a major expansion of the Microsoft Cloud with the launch of its first cloud regions in the Middle East. These new regions, which are scheduled to go online in 2019, will be located in Abu Dhabi and Dubai and will host the company’s usual Azure, Office 365 and Dynamics 365 services.

“Microsoft has been present in the Middle East for more than two decades and is deeply invested in the region in many ways,” said Sayed Hashish, regional general manager, Microsoft Gulf, in today’s announcement. “Driven by strong customer demand for cloud computing, local data centers were the logical next step given the enormous opportunity that the cloud presents. In areas like digital transformation, and the development of new intelligent services, our ambition is for the Microsoft Cloud to form a strategic part of the backbone for regional economic development.” 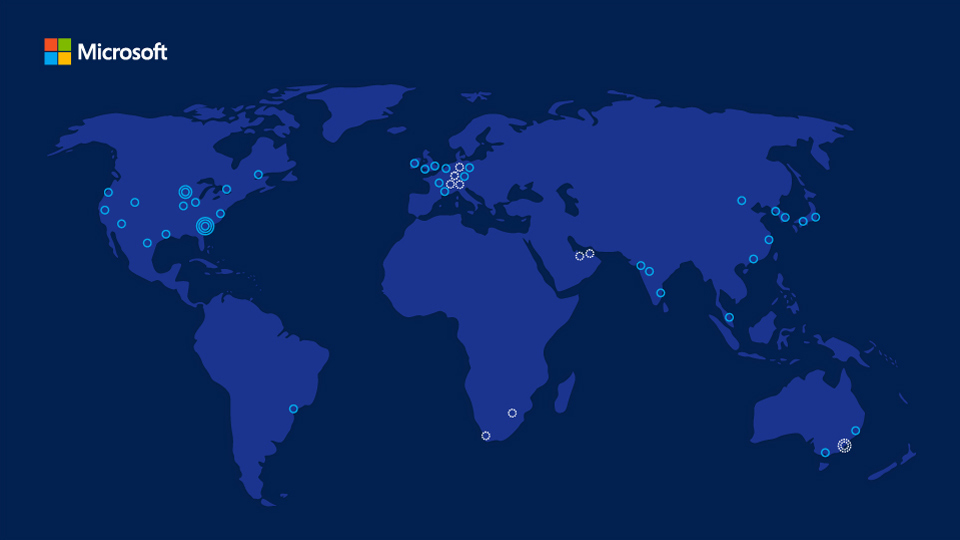 The region of the Middle East is relatively late in adopting cloud computing, but that also means that it has a lot of room left to grow. Microsoft is clearly trying to get ahead of this trend.

It’s worth noting that Amazon, too, has already announced its plans for a region in Bahrain, which will open in about a year, while Google has not announced any plans to enter this market yet.

In addition to the new Middle East regions, Microsoft also today announced its first region in Switzerland (with data centers around Geneva and Zürich), which is scheduled to go online in 2019. In Germany, the company is launching an additional cloud region and in France, the Microsoft Cloud is now generally available.

In total, Microsoft now offers 50 regions around the globe, with plans for 12 new regions in the works.