Disney this morning announced a strategic reorganization of its business in order to better reflect its current priorities in the areas of technological innovation, global expansion, the creation of high-quality content and direct-to-consumer distribution — meaning its upcoming Netflix competitor. Under the new structure, Disney’s business will be reorganized into four segments: a new Direct-to-Consumer and International; the Disney Parks, Experiences and Consumer Products; Media Networks; and Studio Entertainment.

“We are strategically positioning our businesses for the future, creating a more effective, global framework to serve consumers worldwide, increase growth, and maximize shareholder value,” said Robert A. Iger, chairman and chief executive officer, The Walt Disney Company, in a statement released this morning.

“With our unparalleled Studio and Media Networks serving as content engines for the Company, we are combining the management of our direct-to-consumer distribution platforms, technology and international operations to deliver the entertainment and sports content consumers around the world want most, with more choice, personalization and convenience than ever before,” he added.

Disney is preparing to take on Netflix directly in 2019, with the launch of a direct-to-consumer streaming service detailed last year. The announcement was made alongside the news that Disney was taking a majority stake in streaming technology provider BAMTech, as well as its plans for an ESPN streaming service.

However, the company’s organization had not reflected these key goals for the years ahead. To take on Netflix in streaming requires a focus on technology innovations, like those from BAMTech, plus the development of content and user experiences that will convince families to sign up for Disney’s direct-to-consumer offering in an era where people are cutting the cord with pay TV in droves, while movie ticket sales continue to drop. 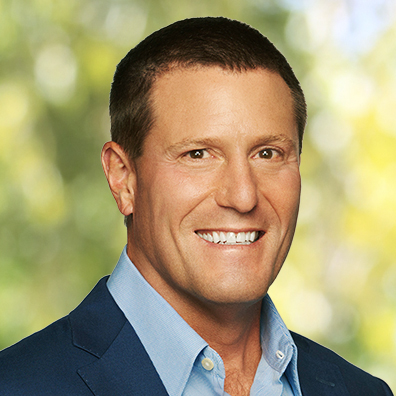 Disney is naming Kevin Mayer, previously Disney’s chief strategy officer, as the chairman for the new Direct-to-Consumer and International business segment. Mayer, who will report directly to Iger, had overseen Disney’s acquisitions of Pixar, Marvel, Lucasfilm and, most recently, its pending deal for 21st Century Fox, in his prior role.

The new segment will serve as the distribution arm for content created by the Studio Entertainment and Media Networks groups. It also includes Disney’s international media business, direct-to-consumer offerings like the upcoming Netflix rival, Disney’s stake in Hulu and the soon-to-launch ESPN streaming service.

The Disney streaming service has yet to be officially named, Disney noted this morning. It will carry movies from Disney, Pixar, Marvel and Lucasfilm in the pay TV window, as well as original and exclusive TV series and movies, plus thousands of titles from Disney’s film and TV archives. Some of the forthcoming titles are already known. The service is expected to house four or five original movies and at least five original TV shows in its first year, 2019. None of its content will be rated R.

SVP Agnes Chu, head of programming for the streaming service, is now moving to this newly created segment of Disney’s business.

BAMTech, headed by Michael Paull, will also now fall under the Direct-to-Consumer and International segment where it will continue to develop the technology that will power the Disney streaming service and ESPN+ streaming platforms. And the segment will now house all the consumer-facing digital technology across the company, which will allow Disney to offer better-quality streaming, plus personalization of products, it says.

This change, Disney explains, will allow advertisers to reach all of Disney’s media properties — including its streaming services — in a one-stop shop.

Also moving to the new segment is Disney’s program sales operations, headed by Janice Marinelli, which includes the global distribution of film and TV content to the new streaming service, plus Hulu, Movies Anywhere and other third-party platforms.

International channels, as the new segment’s name implies, will be consolidated in this segment, too. And it will handle the distribution of all direct-to-consumer services globally — something that reflects Disney’s plans to counter the Netflix threat not just here in the U.S., but on the worldwide stage, where Netflix has been seeing rapid growth.

Consumer Products and Parks are merging to become one segment, and will be led by chairman of Disney Parks and Resorts, Bob Chapek. He will now also be tasked with all of Disney’s consumer products operations globally, including licensing and Disney stores.

The Studio Entertainment business segment (Walt Disney Animation Studios, Disney Live Action, Pixar Animation Studios, Marvel Studios and Lucasfilm, as well as Disney Theatrical Group and Disney Music Group) is being led by Alan F. Horn, chairman, The Walt Disney Studios. This business is not being changed except for program sales management moving to the Direct-to-Consumer and International business segment.

Financial reporting under the structure starts at the beginning of fiscal 2019, said Disney.