Trina Chiasson says a lot of cricket farmers will talk about how figuring out when they are laying their eggs is an art — and she hopes to turn it into a science.

She and her co-founder James Ricci started Ovipost, a new startup looking to optimize the right conditions for a cricket grower to get the most yield from a generation of eggs without having to lose a bunch of crickets in the process. At its heart, Ovipost is aimed at being a set of tools that will help farmers figure out the best way to optimize their cricket yield by managing initial problems, like the proper volume of cricket eggs, as well as traditional problems cricket farmers face. The end goal is to reduce the overall labor cost, taking the process from less of an art — and listening for the right song — to more one that farmers can augment with technology. Ovipost is launching out of Y Combinator’s winter class this year.

“When you look at the labor costs, it’s kind of a chicken and egg problem,” Chiasson said. “Right now, the industry is too small to warrant investment in research and development, and the cost of cricket protein is what we’re working on first. Seventy-five percent of costs are in labor. A lot of these farms have been growing the same way since 1940. You’ve seen advances in other animal protein sectors, they’ve been optimized, whereas with insects were just getting going in the process.” 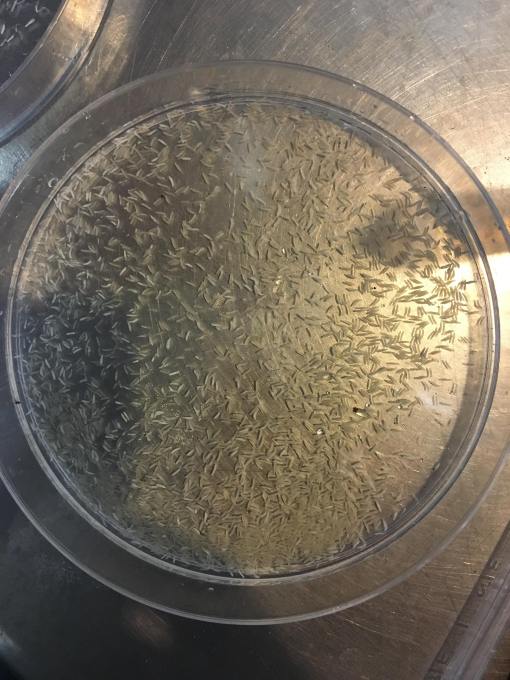 And that labor cost is part of the reason that cricket farms have been a niche for some time. Farmers have spent years and years optimizing the protein yield of animals like cows and chickens, as well as developing the best farming methods to optimize crop yield. There’s also significant investment in tools that will help manage crops, all the way down to cameras flying around on rails to keep track of plant health and augment the “crop walk.” But crickets, despite being an efficient protein delivery mechanism, haven’t seen that investment because it really hasn’t gotten off the ground just yet, Ricci said.

There is, of course, a lot of interest in this space given the potential for cricket as a food source, and also for feed for other kinds of farming. Startups like Exo have raised financing to make cricket-based food, like cricket flower, and try to turn it into something consumers will enjoy — and also understand the implications. Ovipost’s goal is to start at the very beginning of the process, bringing the cost of labor down in order to get that flywheel up and running in the first place: make a lot of crickets, show they’re as valuable as they say they are, and then get more visibility from researchers and buyers and get the whole process spinning up quickly. 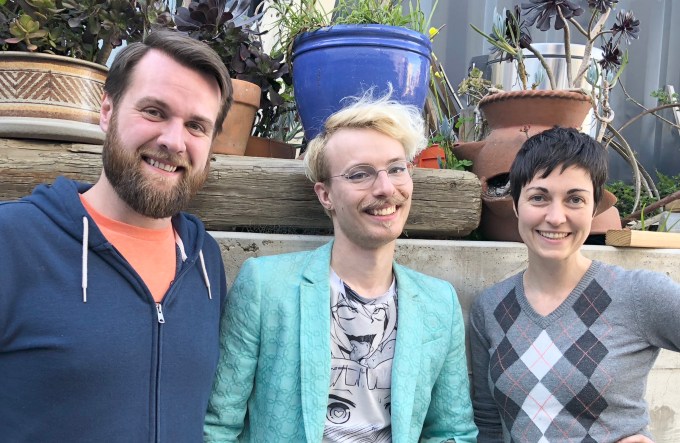 Should Ovipost and other startups be successful in showing that cricket-based food is an efficient way to deliver protein, and bring the cost down, the interest will end up coming with it. Ricci is pretty self-aware that Ovipost and other companies may be targeted by entrenched businesses as they try to come up with something more efficient, but in the end, the hope is that market dynamics will win out. The challenge that still comes with that is figuring out how to optimize the environment for crickets, which don’t have the benefit of decades of research, to fit their original climate they’ve grown to adapt to while still working in some scalable fashion. Factors like temperature, the substrate the eggs go into and even lighting all play a role in that.

“Feed’s an interesting point, a lot of people talk about using waste streams but you have to be very specific,” Ricci said. “You can’t use pure waste, you can’t use rotting garbage. When you say waste stream you have to specify spent brewers grains, sterilized plant matter. You could always have someone coming at you, but we’re just so small at this point that they haven’t taken too much notice. It has a lot to do with feed — we still have to feed these insects, and think about how we can feed them more efficiently than chickens, which have been optimized for decades.”

And the other part is the average consumer just getting over the fact that they’re eating crickets, too, to get them in the mindset that it’s an important potential food source. Chiasson spent her time prior to Ovipost running a small experimental setup that would sell edible insects — but that’s something that’s done all around the world already, she said, and once you try it you usually get over the fact you’re eating crickets. (Having done this, with some kind of barbecue-flavored crickets, it really seems like that’s the case. They didn’t have legs on them, though.)

“It’s so culturally dependent,” Chiasson said. “In places like Oakland, it’s a status symbol to go to these dinners and pay extra for bugs. But in other parts of the world it’s in the opposite direction. There’s this interesting clash between folks that have money and want it as something trendy and people who have been doing it forever. It’s part of their lives. I would really like for insect protein to be an inclusive thing, and a lot of that is bringing the cost down.”