Life has not been pretty for Blue Apron, the meal-kit company that went public last June. Today, Blue Apron’s shares dropped to a record low following Weight Watchers announcing it would launch its own meal kits to be sold in grocery stores. 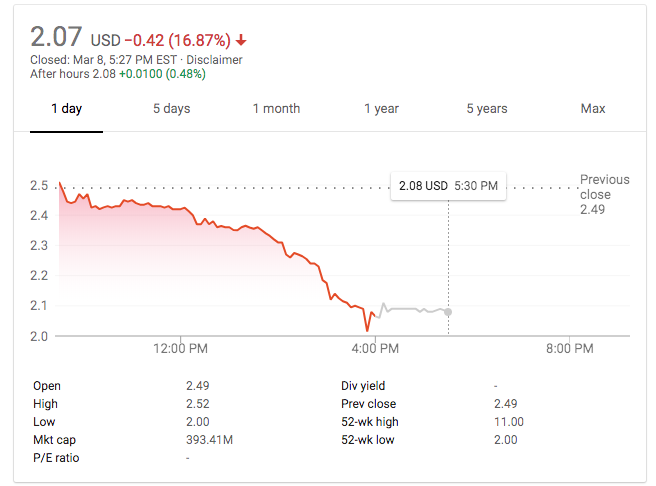 It’s worth noting Blue Apron’s shares have been on the decline all week. Walmart earlier this week announced its plan to offer meal kits inside its retail stores, as well as online. Following that announcement, Blue Apron shares dropped as low as 17 percent to $2.06. 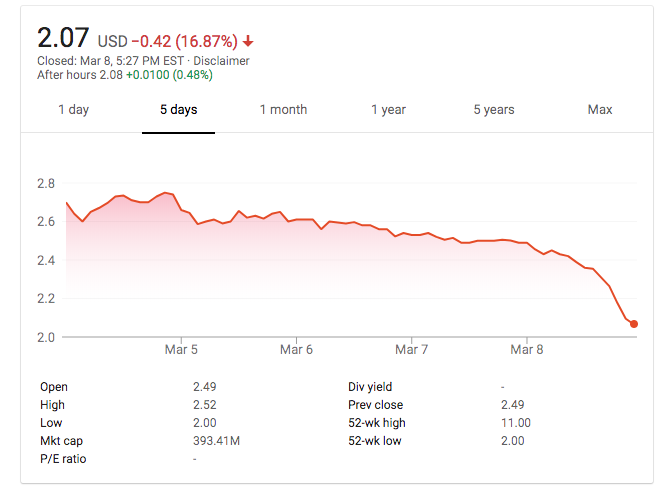 Since its public debut, Blue Apron has been hit with a couple of lawsuits — one from a former employee alleging violation of the Family and Medical Leave Act and a couple from law firms alleging Blue Apron misrepresented the challenges it faces with customer retention, delayed orders and reduced ad spend.

In August, Blue Apron implemented a partial hiring freeze and laid off 14 members of its recruiting team. Later that same month, Blue Apron VP of HR and Talent Kate Muzzatti left the company, followed by its CEO Matt Salzberg leaving in November.