PullString, the voice technology company that began its life as ToyTalk, and counts among its customers brands like Mattel, Activision, and Samsung, is today publicly launching software that allows non-technical creative professionals the ability to design, prototype and publish voice apps for Amazon Alexa.

Originally focused on helping companies build voice-enabled toys like Hello Barbie and Hello Barbie Dreamhouse, or allowing kids to chat with favorite characters like Thomas the Tank Engine, ToyTalk rebranded to PullString back in 2016 to reflect its expanded mission.

The company had found there was demand – perhaps more demand, in fact (and definitely less consumer backlash) – for the software toolkit it had built along the way to craft the narratives between children and their toys. This software became a platform that made it easy for anyone to build chatbots, and then, with the launch of the web-based PullString Converse in November 2017, the company shifted further away from bots, and more fully into voice computing.

“[Converse] will let a lot a companies – particularly the digital professionals who are not computer programmers – and let them build Alexa skills themselves and for the companies they work for,” says PullString CEO Oren Jacob, whose previous experience at Pixar comes into play here when it comes to understanding the design process. 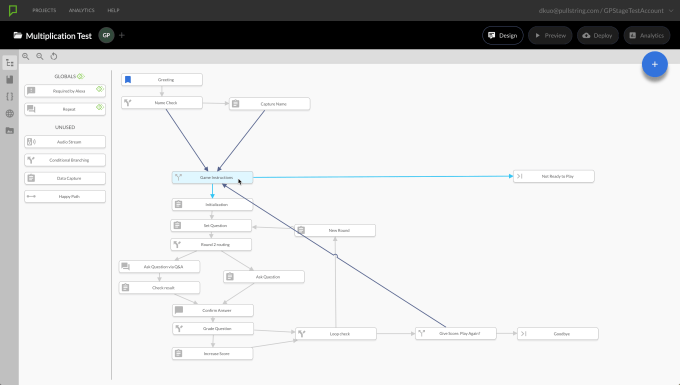 Of course, “let anyone build a voice app” is a description that a number of other companies are today using, when talking about their own web-based, voice app design software. But PullString has a longer history in the business, and has learned about how best to structure conversations to give them a more natural feel thanks to the large-scale projects it’s handled, including those for Barbie, or Activision’s Alexa-enabled speaker “Ghost,” designed for Destiny 2, for instance.

“The best practices for how we build computer conversations are well-expressed in the system and the kinds of conversational blocks that you use, so it really helps you build the highest-quality conversation in the market, flat out, ” Jacob says.

In Converse, users build out their conversations visually on the screen by laying out conversation blocks on a canvas and customizing what they say (see above). To speed things up, Converse also includes a number of built-in conversation blocks, like those for greetings, navigation, Q&A, and more. 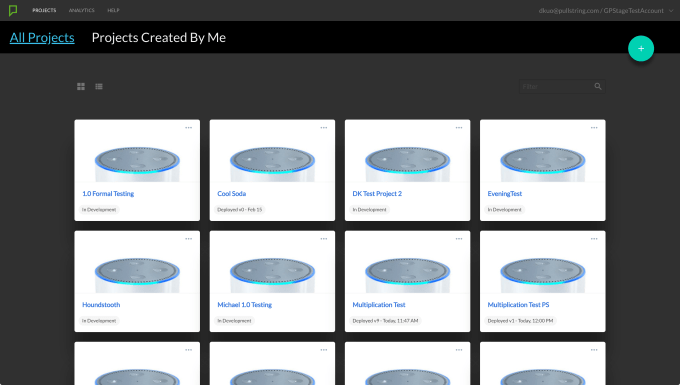 The software, Jacob notes, can also take advantage of the history of the person interacting with it. That is, the skill can respond differently to first-time users versus returning users. It can also remember support remembering users’ preferences and the responses shared in prior sessions to make skills feel more personalized. And when a user returns to the skill – even if it’s weeks or months later – they can pick right where they left off.

This aspect of the system is powered by PullString’s Conversation Cloud, which was originally built to power complex voice experiences, like Hello Barbie, and is capable of preserving the conversation states over time.

In addition, PullString Converse supports dynamic content. Instead of only stilted conversations, the software lets companies integrate their customers relations management, employee resource planning, content management system’s data, or anything other third-party API into their voice apps. That means customer support teams could build voice apps that take over some of the more lightweight customer service duties from call centers, for example, or digital marketers could capture leads through voice apps, PullString suggests. At launch, over 1,000 integrations are available.

Converse also supports custom audio, which allows the voice apps to use other voices, not just Alexa, as well as integrate sound effects and music. 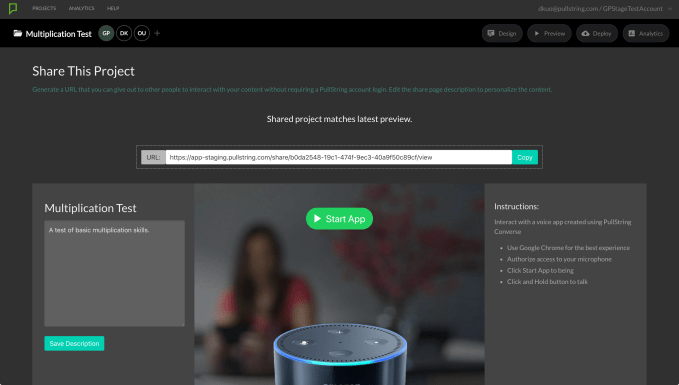 When the skill has been built, PullString allows designers and others to preview the project instantly in the browser; and when it’s ready to go, PullString can publish it to Amazon’s Skill store.

This more advanced feature set differentiates PullString from some other voice app design software already on the market, and positions it as enterprise software. Pricing, as is common in enterprise scenarios, is handled on a case-by-case basis, depending on the customer’s needs.