4me, a startup that helps companies organize and track their IT outsourcing projects, announced a $1.65 million seed investment led by Storm Ventures.

The company, which launched in 2010, would seem to be a bit long in the tooth to warrant a seed investment round, but co-founder and CEO Cor Winkler Prins explained that the founders both had successful exits from previous service management startups and were able to self-fund the company all these years.

The founders saw the cloud writing on the wall even in 2010 and figured companies would be outsourcing much of their functionality to managed service providers (MSPs). “We realized this was going to explode and we could see this in the growing number of MSPs,” Winkler Prins said. They reckoned that over time the IT department would have less technical capabilities and that would require more outsourcing.

“They want to outsource as much as possible mainly because of inability to attract and retain talent in-house,” he added. As that outsourcing increased, Winkler Prins saw an opportunity in managing the contracts as a service, and 4me was born. Over the years, the company developed the product and tested it with MSPs and companies and fine-tuned it. They are taking the seed round to expand their go-to-market efforts.

Customers today include the like of Dannon and Deloitte. These are the types of companies that want to concentrate on their core business, and that doesn’t involve maintaining their databases or other IT tasks. With 4me, the companies can track how well their MSPs are keeping up to their Service Level Agreements (SLA) and work with them or swap them out if they aren’t doing a good job. 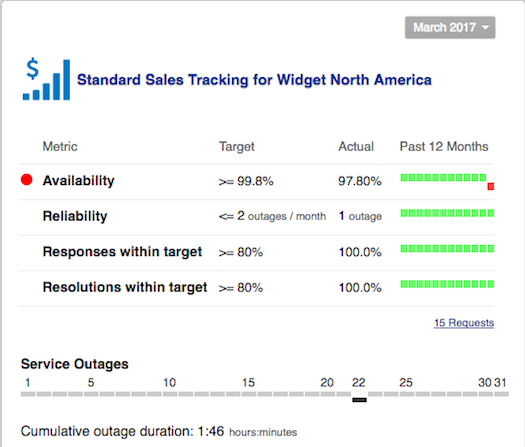 The company takes a couple of approaches. MSPs can buy their service and use it with customers to show them how they are doing, or companies can use the 4me integration tool to integrate with the MSP system, whatever that happens to be, to track the same kinds of information.

4me currently has 16 employees, 92 customers and generates several million in revenue annually. The company participated in the Alchemist Accelerator last year and got a $60,000 seed investment from them.