Fandor has expanded its executive team, promoting General Counsel and Chief Distribution Officer Felice Oper to the role of COO, and appointing TS Ramakrishnan as its Chief Product Engineering Officer.

Oper joined the company in 2015, around the same time that Larry Aidem took over as CEO. Aidem, who previously worked with Oper at HBO, said that her role at Fandor has expanded organically, where she wasn’t just handling the company’s legal affairs but also orchestrating deals like the new partnership with MoviePass.

“She isn’t in the business of just saying no and folding her hands — that’s what some lawyers think their job is,” Aidem said. “She knows how to see it from both sides. It was a very natural progression from GC to distribution to the product and engineering, enabling not only our distribution, but ads and sponsorships.”

As for Ramakrishnan, whose previous roles include Head of Product at Yahoo Mobile and Vice President of Product Engineering at Facebook, Aidem said they were connected through Chris Kelly, the early Facebook executive who invested in Fandor and currently serves as its chairman. Both Aidem and Oper praised Ramakrishnan’s product insights and “interactive chops.”

The appointments come as the broader entertainment landscape is changing, with most high-profile spending at Netflix and its competitors going into TV series. Aidem said Fandor, in contrast, will remain “purely movie-centric,” with “unabashedly the largest supply of independent film.” 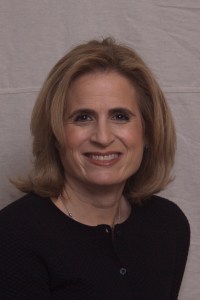 And Fandor itself is in the middle of a reboot, which Oper and Ramakrishnan will be guiding.

The idea is to take something that was a pure subscription service, with all of its content behind the paywall, into more of a hybrid that combines free and paid content. Fandor has been moving in this direction with its Keyframe blog and video essays, but Oper said the plan is to eventually offer free movies as well, and to create a product where everything “is integrated into one space in a way that you truly won’t find anywhere else.”

“The new elevator pitch is ‘Pandora for movie lovers,'” Aidem added. “You can snack and get to know us. The short form is very strategically designed … to be a place that connects the dots — particularly for millennials who may have seen Dunkirk but not know, ‘Oh, that’s the same guy who did Memento, The Prestige and the Batman movies.'”