For the longest time now, Google Photos has used its machine learning magic to automatically create movies for you based on your recent trips or around special occasions. What you couldn’t do, though, was tell Google Photos to create these movies on demand. That’s changing today, as Google has now launched the ability to create themed movies via the app or web on demand.

Google says it timed this launch around Valentine’s Day, but that’s only one of the options. The others include movies around your cats and dogs (but not both at the same time), your kids (or those of your friends and family members), a selfie movie, “Smiles of 2017,” Mother’s and Father’s Day movies and, on a sadder note, “In Loving Memory.” 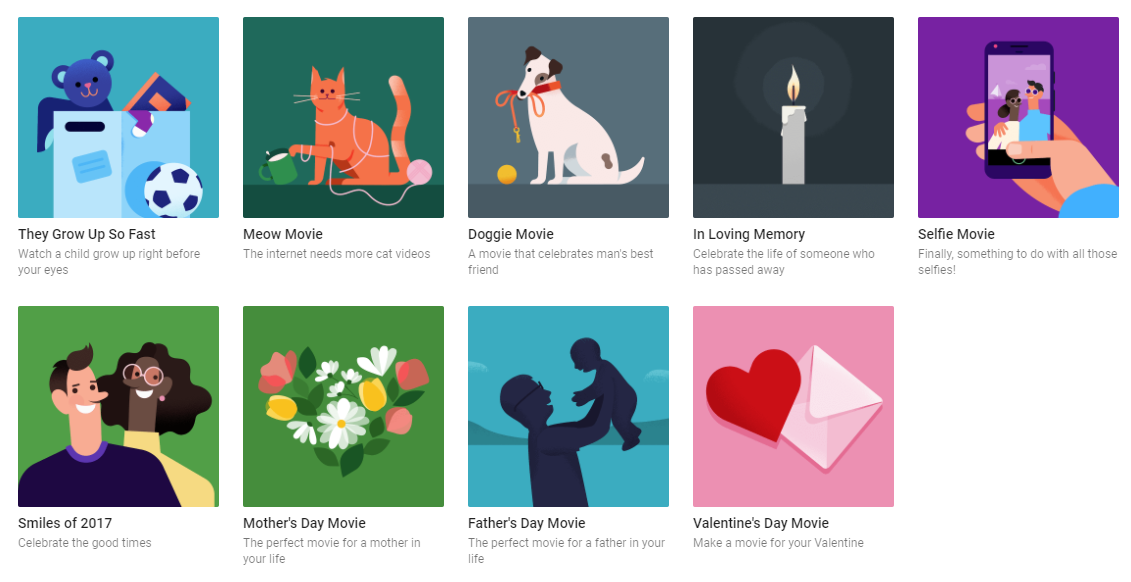 For these movies, you simply select the people or animals who should star in them and Google will automatically try to find the best images and videos, set them to the appropriate music and give you the full video a minute or two after you started the process.

Because Google neither knows who is a father, mother or dead, you can obviously create these movies for everybody. I’m sure your friends would love to be featured in your “In Loving Memory” movies.

Indeed, don’t expect too many smarts here, as Google Photos also happily created a “Meow Movie” for people. The only real difference between movies, it seems, is the song that plays in the background. For the “Meow Movie,” for example, that song used the word “meow” way too many times. I’m not sure what I expected when I first tried this, but it was more.