The only thing growing faster than the global drone population is the population of people thinking “how can I knock these annoying things out of the sky?” DroneShield offers a way to do just that, and now in a much more portable package, with the DroneGun Tactical — that is, if you’re an authorized government agent, which I doubt.

Over the last few years, the Australian company DroneShield has been showing off its DroneGun, essentially a high-powered antenna that blasts drones’ own antennas with a signal powerful enough that it drowns out the controller’s instructions. Many drones in such a situation treat this like a loss of signal, and attempt to make a safe landing or, if GPS isn’t also scrambled, return to a known location.

The problem with the DroneGun is that it’s really big, requiring a backpack with the batteries and other components in addition to the rifle-like gun itself. 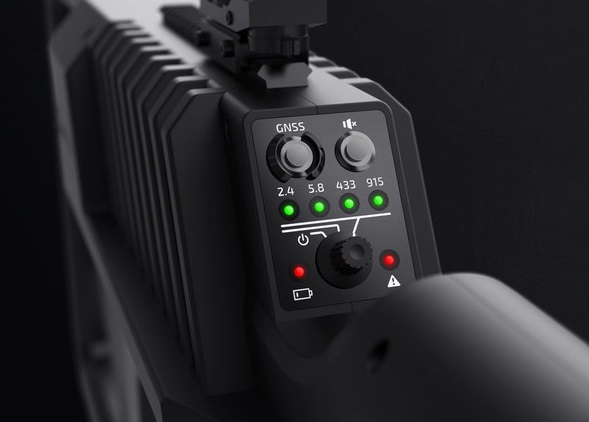 The DroneGun Tactical, on the other hand, is merely large. It’s 56 inches long, 18 inches tall and 8 inches wide, weighing more about 14 pounds. But no pack!

I’m aware the pictures shown here are renders, but upon asking I was assured the device is in production. They already made the original, so I don’t doubt it.

DroneShield claims that the Tactical will drop drones more than a kilometer away (about half the distance of the original), though you’ll need to maintain line of sight; if the drone reestablishes signal with its controller, it might just take off again. You should get an hour or two of straight jamming, more than enough to take down a dozen UAVs. A GPS blocker add-on is also available, which makes it all the more sure that the rogue craft will simply descend instead of flying home.

I can certainly think of a few recent situations where I would have liked to bring an irresponsibly piloted drone down safely to give it a good stomp. But unfortunately ordinary folks like myself are strictly prohibited from getting their hands on one of these things.

The FCC hasn’t approved the device for use in the U.S., meaning it’s illegal to operate one unless you’re an authorized agent of the government; for example, someone testing it for the military. (The Tactical, in fact, was developed “following comprehensive international military end-user trials.”)

When I asked DroneShield’s CEO if these devices were likely to ever get FCC approval, he simply responded “no.” Well, at least he’s honest. You can learn more over at the company’s site.