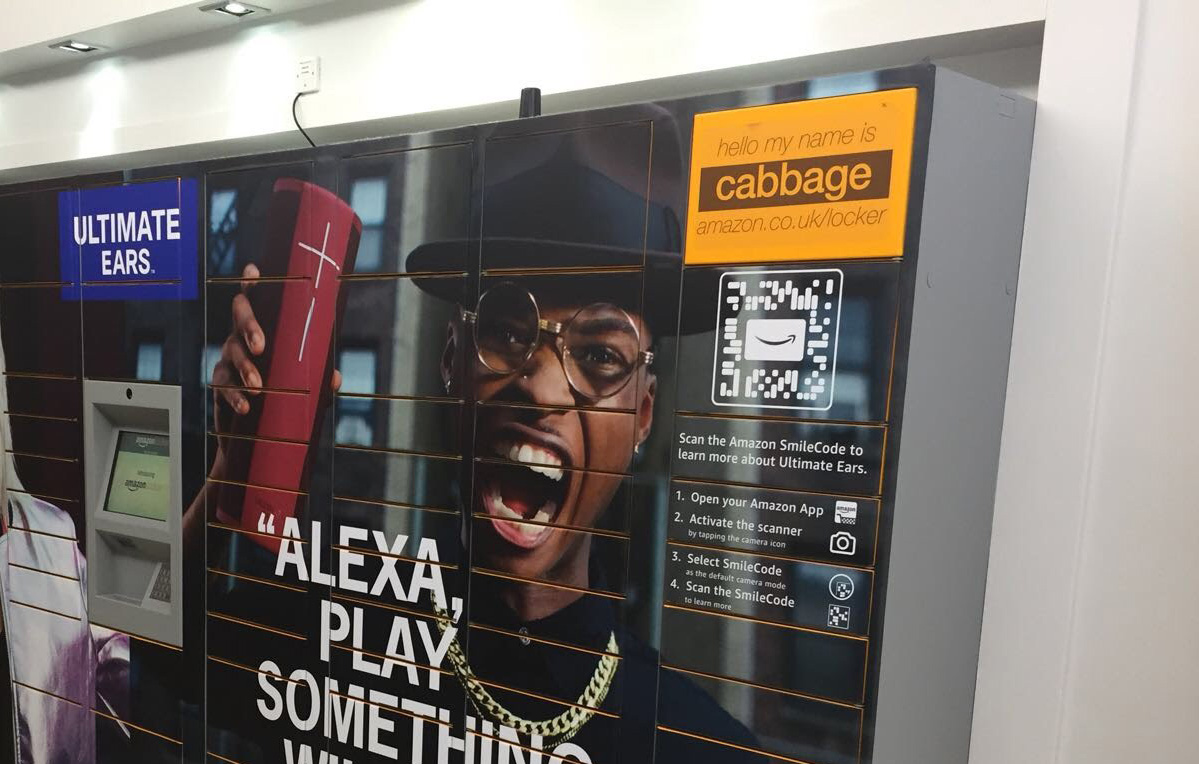 QR code style markers — those lil’ barcode-looking boxes you’ll see on ads from time to time, meant to be scanned with your phone to launch some website or app — have yet to really find their footing in the U.S. But that’s not going to keep Amazon from taking a stab at it.

Amazon is rolling out its own take on the concept and calling them “SmileCodes.”

If you’ve scanned a QR code before, the idea will seem similar: see a code in, say, a magazine, open a scanner (built into the Amazon app), line up your camera with the code, and… something happens. What that something will be will vary from code to code, but they can open product pages, play videos (movie trailers, product reviews, etc.), etc.

For the sake of differentiating it from other such barcodes, each of these ones has a big ol’ Amazon smile right in its center — hence the “SmileCode” name.

Amazon has apparently been testing these codes in pop-up shops and Amazon Lockers (pictured above) in Europe for a few weeks now, but the company says these codes will make their U.S. debut in a few different magazines (Cosmopolitan and Seventeen) come February.

Beyond getting you from a magazine ad to an Amazon product page, it’s probably safe to assume we’ll eventually see Amazon tinker with putting these codes on another massively common canvas: its own boxes. Amazon has turned its boxes into ads more than once before (with bright yellow Minion themed boxes back in 2015, or the red Greatest Showman boxes from a few months back); these codes could give them a consistent, repeatable way to turn those boxes into a clickable link of sorts. And if you don’t care to scan it? Then it’s just another Amazon logo on the box. 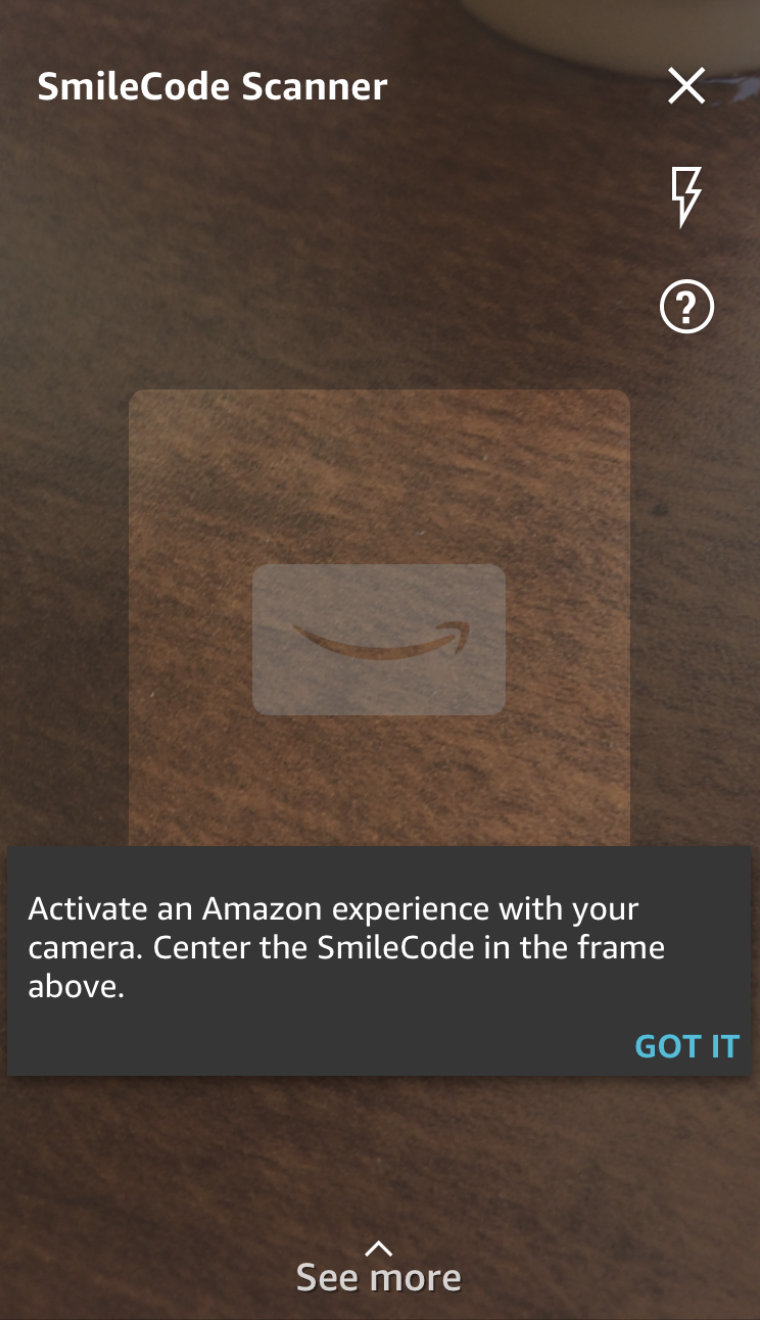