One of Snap CEO Evan Spiegel’s top lieutenants Tom Conrad will leave Snapchat, and the whole tech industry, in March. Coming roughly two years after he joined the company as VP of Product, a source tipped off TechCrunch to Conrad’s impending departure, which Snap now confirms to us. Snap’s director of growth Jacob Andreou who reported to Conrad will step into his role at an executive level, though no official new title has been assigned to him.

“I started making software when I was 18 years old, and it’s hard to believe I’ve been doing this for 30 years. It’s time for me to put my energy outside of tech, into music, food, photography and things closer to art than entrepreneurship” Conrad tells TechCrunch. “It’s easy to put these things off forever but I didn’t want to wake up 10 years from now and not have explored these other passions of mine.”

It’s refreshing to see a tech exec who’s surely made a fortune invest in his own happiness rather than endlessly surrendering to the grind of startups. There’s more to life than stacking millions.

A Pivotal Moment For Snapchat’s Product

Unfortunately, the change could introduce instability at a critical time for Snapchat’s product, as it’s in the middle of rolling out a massive redesign to its app. Snap needs all the product prowess it can get right now to convince users to weather the overhauled interface that was bashed as confusing by users with early access. 83% of the first wave of user reviews of the new app gave it one or two stars, according to data provided to TechCrunch by Sensor Tower.

Though about 20 years older than Snap’s founders, Conrad had proven himself as the CTO of Pandora, building a widely loved and easy-to-use music app. But as Spotify turned algorithmic radio into just a feature of on-demand streaming, Conrad bailed out of Pandora in 2014. He joined Snap’s Venice office as VP of Product in March 2016 according to his LinkedIn. The March 2018 departure date is likely related to Conrad’s vesting schedule that earns him another lump of stock after completing two years with the company.

At Snap, the product design team led by Spiegel rules the company, and he trusted Conrad as one of the few executives given the leeway to push changes Spiegel didn’t agree with, according to Casey Newton at The Verge. “He keeps a pulse on the spokes, and is a shadow for Evan. He extends Evan’s view when Evan’s not in the room” a source told Newton.

While some execs have reportedly butted heads with Spiegel, him and Conrad had a smoother relationship. “Getting to collaborate with Evan has been one of the highlights of my career” Conrad told TechCrunch. His departure could make Spiegel even more of a bottleneck for design decisions at a time when Snapchat’s trying to evolve amidst stern competition from fast-moving Facebook subsidiary Instagram. 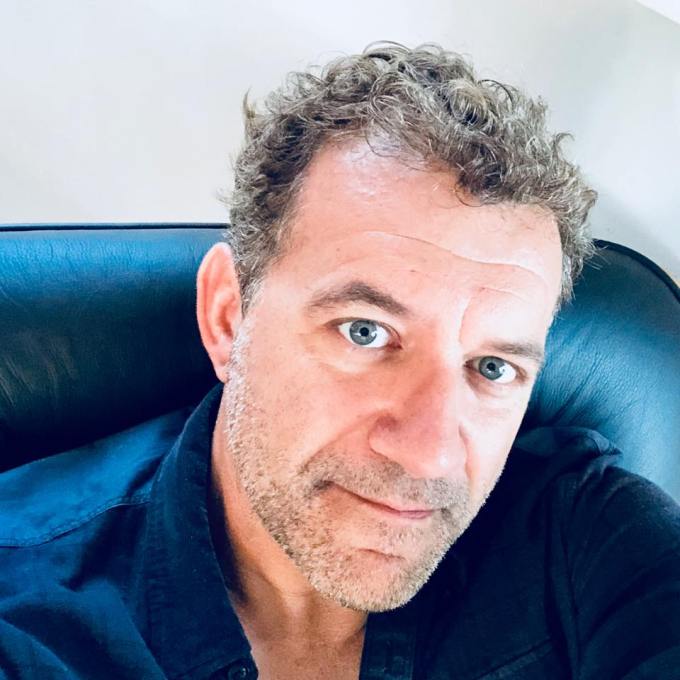 It All Comes Down To Evan

Snap has endured a brutal few months. The share price hovers around $14.50, about half its peak after a disappointing Q3 where it lost $443 million, revenue fell short, and user growth slowed to a crawl. Talent is trickling out, like TimeHop’s Jonathan Wegener, SVP of engineering Tim Sehn, early employee Chloe Drimal, and VP of HR and Legal Robyn Thomas have all left since July. It also laid off two dozen content curation staffers.

Meanwhile, plans for new products like the redesign and Stories outside the app leaked. So did an extensive set of usage data for all its features showing that growth of Story sharing is flat. That was followed by an aggressive letter to employees threatening termination or legal action for leaking to the press…which immediately leaked to the press. It all paints of picture of low morale and dissatisfaction, leading to confidential info pouring out of the purposefully secretive company. 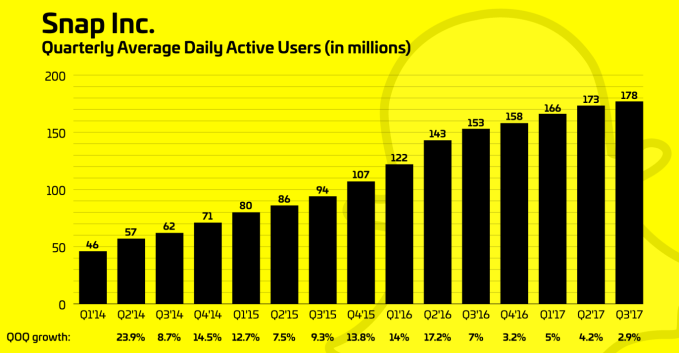 Unfortunately the weak momentum and sagging share price could make it tough to recruit a top talented to replace Conrad officially or fill Andreou’s role. That same situation could stunt Snap’s ability to make star acquisitions, which it’s used to fuel some of its top features like Bitmoji and augmented reality selfie lenses.

Spiegel may need to pull another rabbit out of his hat and wow the world with a third hit product to follow up ephemeral messaging and 24-hour Stories. But even then, Instagram will probably just copy that without hesitation. Snap may have to turn to something less copyable, like either a stylish AR eyewear device, or must-see original video that’s better than its current crop of TV show rehashes. Otherwise, Snap and the world may need to accept a more modest vision of what the company will become.

For more on Snap’s troubles, read our feature piece “What is Snapchat, now that Story sharing has stopped growing?”