Today’s nationwide Women’s March attendees will advocate for voter registration through every conceivable social network, so one of its planning organizations has allied with a new app that lets you combine posts from across apps. 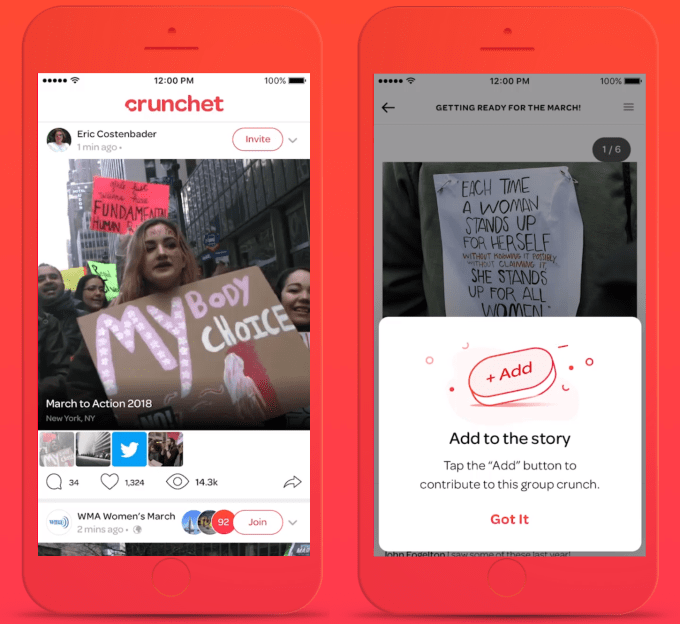 “The reason we created this was that we felt like it was lacking on social media” Crunchet co-founder Denise Holzer tells me. The company hoped to bridge the gap between passive social network voyeurism and posting only about yourself. “Crunchet lets you join a story” Holzer says.

“The women’s marches were successful because of social media tools” says Katherine Siemionko, one of the leaders of 2017’s march in New York City and the founder of Women’s March Alliance. “Considering youth is our target market, tools like Crunchet may allow us to reach them faster than older tools like Facebook that the youth are moving off of.” 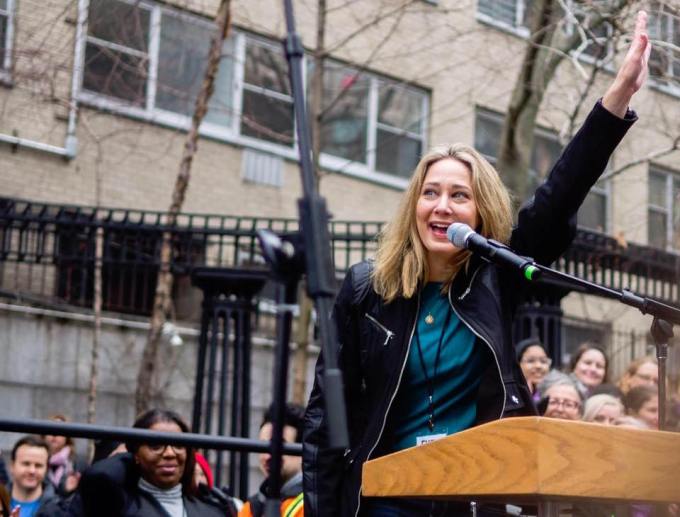 Now since soft-launching a year ago around the first Women’s March, Crunchet has raised over $1.5 million in seed funding and built a team of 14, plus has ambassadors at 50 colleges. While the app is still a bit buggy, there’s potential in both the ideas of social co-posting and aggregating content from across networks.

Crunchet’s iOS app (Android coming in Spring) lets you log in to all your other apps, then select from your content there, paste in links, or upload imagery. It all gets layed out in swipeable carousels so people don’t have to jump between every app to see all your posts on a certain topic. You can even add a soundtrack to your post through Spotify. Then you take your Crunchet links and share them wherever you want.

Crunchet has its own feed, which eskews the Facebook-style algorithmic sorting that can bury posts. You see all the posts of people you follow so you don’t miss updates about important moments like today.

One roadblock might be that those algorithms elsewhere might preference native content over links to seeing that stuff and more on Crunchet. Holzer hopes collaborative posts where multiple Crunchet users team up that you can’t get elsewhere will compel click-throughs, and encourage people to cooperate on making meaningful content. 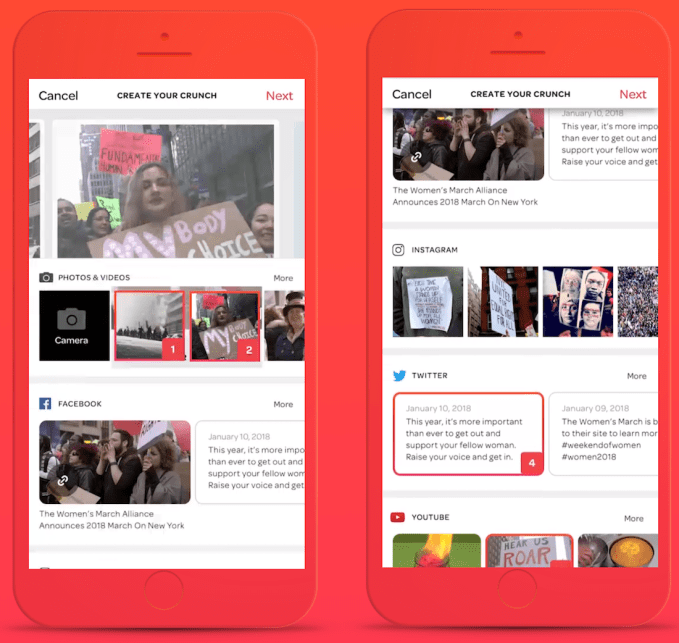 Still, the algorithm issue could further complicate Crunchet’s growth ambitions. You could see social media fatigue and the crowded app space as an advantage, giving people a reason to use Crunchet so they don’t have to compose redundant posts on each app. But it might make people think they already have too many ways to share. “The biggest challenge is getting people to try it” Holzer admits, a hurdle few social apps ever overcome, even without the threat of Facebook copying what’s special about them. The company is planning a series A funding round to pull in some more resources for its quest to scale.

Beyond today’s Women’s Marches, which you can join in cities around the US and even abroad, Crunchet plans to work with arts, music, fashion, esports, and other festivals as well as protests and rallies. Whether it’s convincing people to enlist in “power to the polls” movements or just helping them discover something beautiful, Crunchet could make sharing everywhere as easy as sharing anywhere.