Apple announced this morning it’s bringing its “Everyone Can Code” program to 70 more colleges and universities across Europe. The program, which Apple designed to help students learn how to build apps, launched in May 2017 but was initially limited to the U.S. before expanding to other markets, including Australia, and select institutions in Europe last November.

The company noted some of the participating colleges and universities adding the course, including Harlow College in the U.K. and Mercantec Vocational College in Denmark, both of which have 3,000 students; the Technical University of Munich in Germany; and Hogeschool van Arnhem en Nijmegen in the Netherlands, which has 34,000 students.

The course is designed to teach students how to build apps using Swift, Apple’s programming language for writing iOS and OS X apps, launched back in 2014 as the replacement for Objective-C. Since Swift’s arrival, Apple has been heavily pushing various “learn to code” educational initiatives, including an entry-level app for teaching kids to code, called Swift Playgrounds. 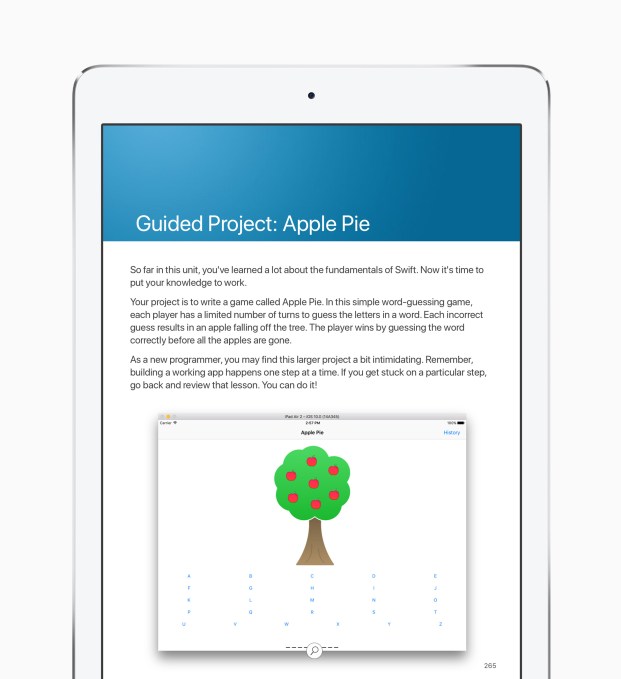 For Apple, it’s critical to make sure there’s always a new generation of developers learning its tools and getting ready to build apps. After all, App Store revenue is a sizable chunk of Apple’s bottom line, and potentially lucrative for some app publishers, as well.

Apple says that since it launched the App Store in 2008, U.S. developers have earned over $16 billion in App Store sales worldwide. Globally, that figure tops $70 billion, Apple said last June.

In Europe, Apple today says the app economy has generated 1.36 million jobs, and Apple has paid out nearly $18 billion to developers across the region.

The app economy isn’t yet stagnating, either. While some categories are growing more quickly than others, the market overall is still growing both in terms of downloads and revenue across all app stores. For example, App Annie recently reported that global mobile app downloads (including other app stores beyond Apple’s iOS store) topped 175 billion in 2017, and revenue surpassed $86 billion. It’s projecting consumer spending worldwide to top $110 billion in 2018.

“Coding is an essential skill for today’s workforce, and through Everyone Can Code, we’re giving people around the world the power to learn, write and teach coding,” said Tim Cook, Apple’s CEO, in a statement. “Since launching Everyone Can Code two years ago, we’ve seen growing excitement for the initiative from schools around the world, who are increasingly incorporating the curriculum into their classrooms.”