A few months ago Slack launched a beta feature called Shared Channels, which let two organizations share a common channel. So for example a startup could have a channel that it shared with its PR firm or lawyers.

But sometimes discussions between two companies are too sensitive for the entire company to see, so today slack is rolling out Private Shared Channels. Also still in beta, the feature will let two companies create a shared channel that is hidden and invite only.

This feature is great for two companies that need to discuss sensitive subjects, like, I don’t know, maybe like a merger or investment.

Check out the chart below to understand how private shared channels works. 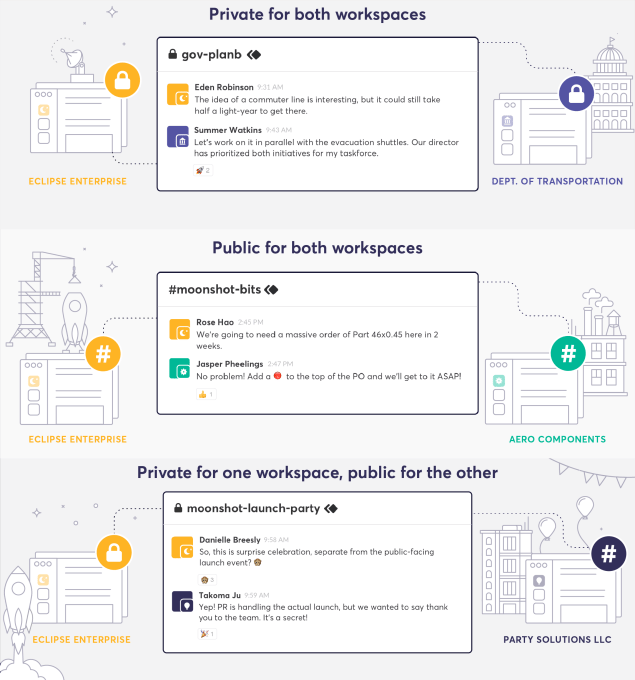 Slack is also rolling out a new channel management section where administrators can view all of the external workspaces their workspace is connected to, see how many—and which—channels are shared with each workspace, and create new shared channels.

Right now shared channels are only available in beta for paid accounts, but the startup says that over a third of their paying customers have joined the beta. And, before the feature launched two-thirds of paying customers were using guest accounts to allow users from other organizations temporary access into their company, showing how strong the demand was for a feature to let two companies collaborate.

Slack still isn’t saying when these features will leave beta, but they’re available now for all paying accounts.