It was a tumultuous year for the technology industry, with sexual harassment, pay gaps and under-representation of women often dominating the headlines. The technology industry’s belief that its mission is to change the world has steeply contrasted with its discriminatory treatment of women.

And while sexism was not born in Silicon Valley, sexual harassment is proving to be toxic for business, as experienced by Uber, SoFi, Binary Capital and others. As part of our larger Q4 and 2017 coverage, let’s see how the venture industry invested in women last year. 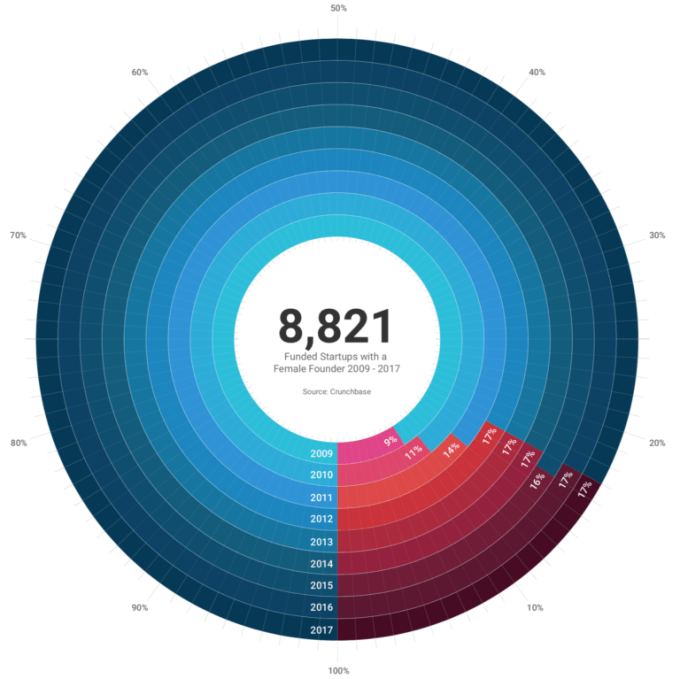 From 2009 to 2012, the percent of venture-funded companies with women founders increased by nearly 8 percent. However, the percentage of women-founded venture-backed companies globally has plateaued at approximately 17 percent since 2012. And as we come to the end of 2017, six years on, that percent has not shifted.

The absolute number of companies (along with the total number of startups) with a female founder grew more than eightfold, from 186 in 2009 to 1,588 in 2016. This number went down to to 1,047 in 2017 as fewer startups were funded during the year. As more startups are added to Crunchbase in 2018 with initial funding accredited to 2017, we expect the 2017 absolute count of startups with a female founder to go up; however, it may not reach the absolute numbers recorded in 2016. 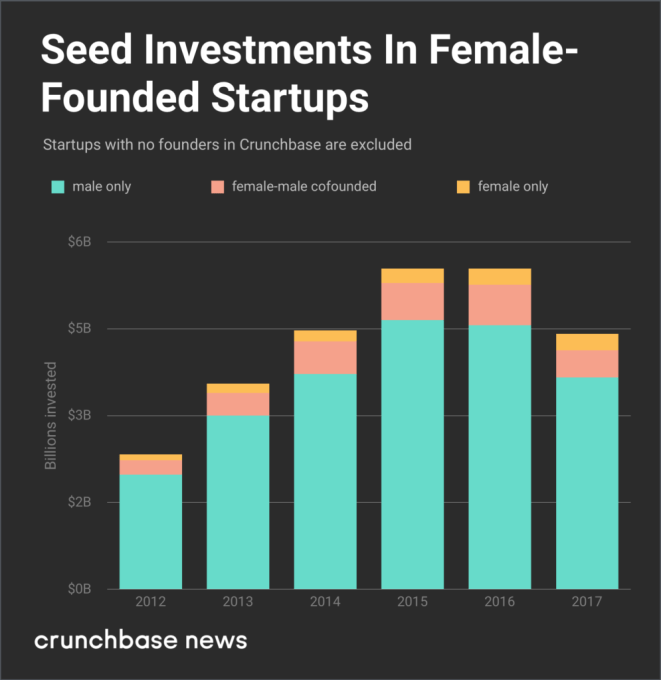 Venture amounts in female-only founded startups since 2012 have remained at three percent of all venture dollars, representing $3.8 billion in 2017. Female-and-male co-founded teams hovered between seven and eight percent, rising to 10 percent in 2017. Male-only founded teams raised between 86 and 90 percent of all venture invested dollars, dipping to 86 percent in 2017. 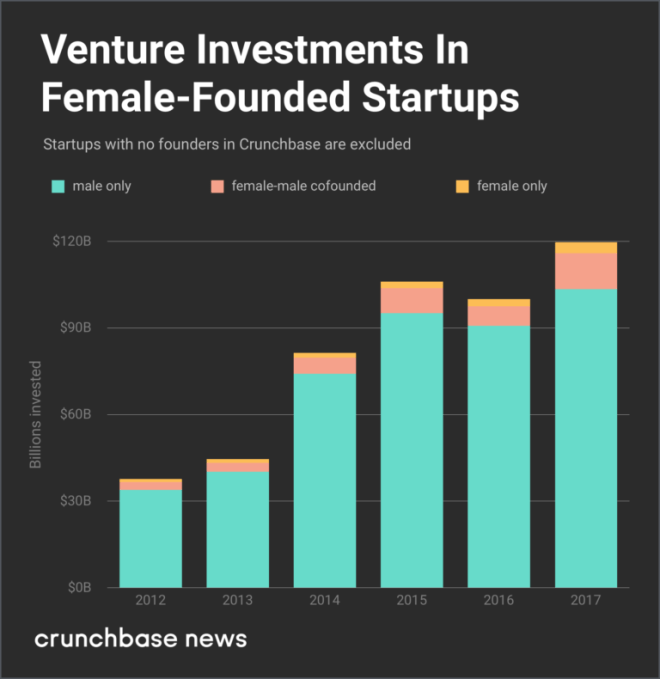 How much funding female founders raise is a critical number for the industry. We reported earlier in 2017 that, at the seed stage, women-only teams raise on average $82 for every $100 a male-founded team raises. For early-stage venture, women fared worse, with an average $77 for every $100 a male-founded team raised since 2010.

2017 has not been a watershed year when it comes to the amount of funding female founders raise. However, it has been a year in which the celebration of frat-boy culture in tech is hopefully on its way out.