GM and Cruise are making progress on their plan to deploy autonomous vehicles on roads for the public: Today, it’s showing off its fourth-generation Cruise Autonomous Vehicle (AV), which comes just a few short months after it first revealed its third-generation vehicle.

The fourth generation car is production-ready, according to GM’s Dan Ammann, who discussed the new vehicle on a press call announcing the news today. This version is really remarkable, though, because it lacks brake and gas pedals, and any kind of manual steering wheel.

Cruise isn’t just showing this of as a concept of what’s to come – the company is submitting a petition to the National Highway and Traffic Safety Administration to be able to actually deploy it in 2019, the year when GM and Cruise revealed they wanted to start operating their commercial service late last year. GM is asking for exceptions to rules around cars on roads that are specific to having humans at the wheel, and detailing their workarounds and safety measures. The exception they’re asking for would allow them to operate up to 2,600 vehicles in 2019, if granted.

Based on the Bolt EV platform, the latest Cruise AV is an all-electric vehicle, and the new Cruise car can close its own doors, too, if the passenger doesn’t when leaving the autonomous vehicle during a ride. GM explained that it knew it needed the ability to open and close its own doors automatically in order to avoid an interruption of service should a passenger fail to close their own door while the vehicle’s out going about its service day.

GM and Cruise also released a safety report that provides a lot of detail about what measures they’ve put in place to keep the vehicle safe on streets. These include a range of redundant systems, rear seat airbags and much, much more. 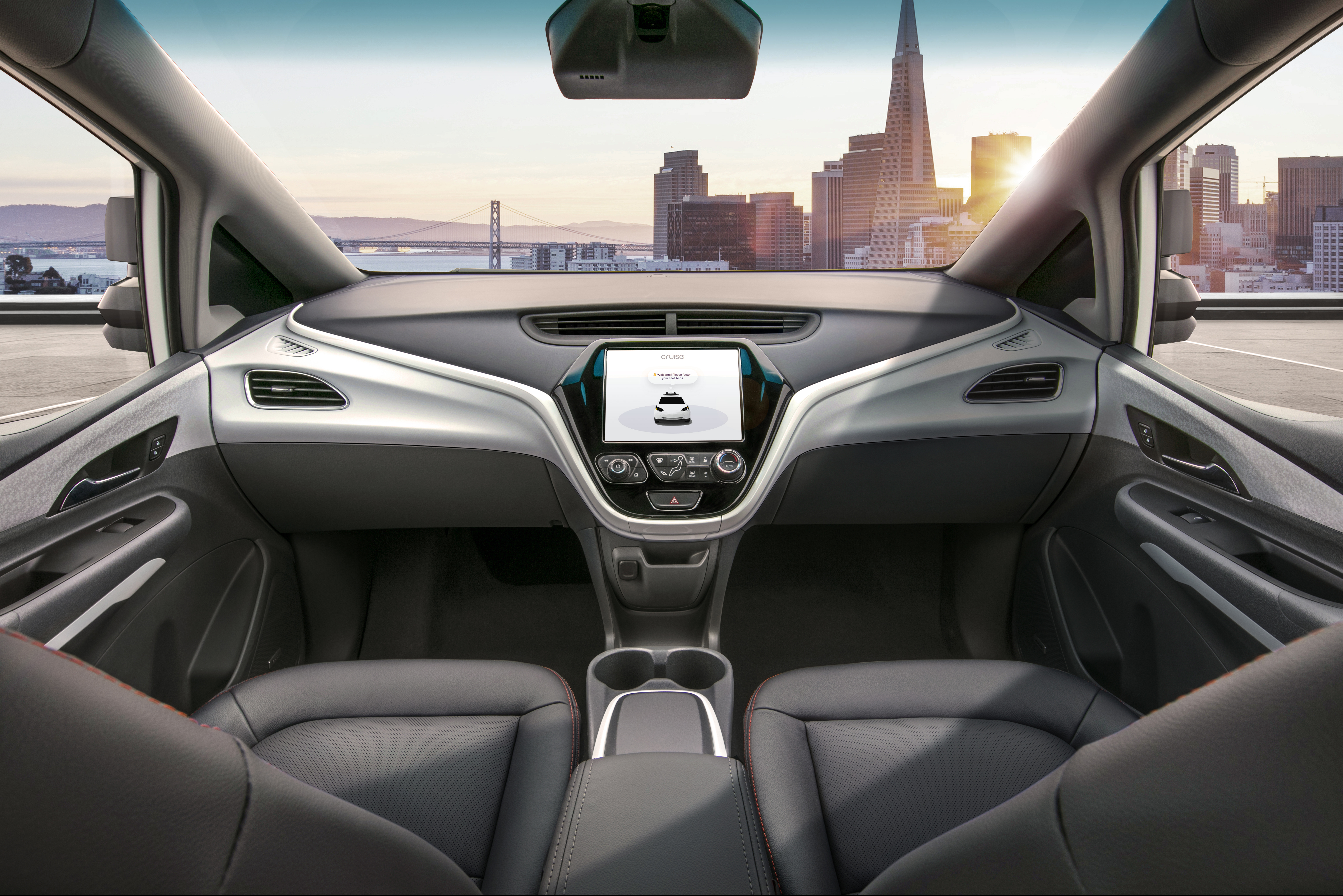 GM wouldn’t elaborate any further on its deployment plans beyond reconfirming that it’s aiming for sometime in 2019. Cruise CEO Kyle Vogt also said we likely won’t see this new Cruise AV on streets even in a test capacity before next year. Asked about other potential non-Bolt-based designs, Ammann declined to comment specifically on future models, but did hint at potential variation.

“You can safely assume that the fourth generation won’t be the last generation,” Ammann said, suggesting that other future iterations might use different base platforms or designs to accommodate other types of passenger and cargo loadouts.