Intel is making strides with its China business in the automotive and autonomous driving industry, with new partnerships announced today at CES 2018 with Chinese automaker SAIC, and also with the leading navigational map player in China, called Navinfo to integrate and localize REM data. 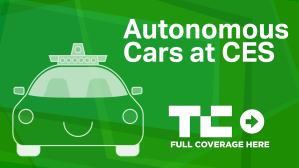 These partnerships give Intel a key means of additional access in the Chinese market, which is a different beast when it comes to operations for automakers and those hoping to build autonomous vehicle tech. Intel and Mobileye securing these partnerships open the door for localization and market-specific work that could go a long way toward building a business in this area in the world’s fastest-growing auto market.

Intel is also one of the compute platforms that Baidu has announced is fully compatible with its new Apollo 2.0 open autonomous driving platform, so that should also help. REM having access to the market is huge, however, since HD mapping is intensely local, and something that’s essentially impossible to do without having local data partners on board.