Jenny Dorsey Contributor
Jenny Dorsey is a professional chef.Her culinary work has been featured in publications such as Harper's Bazaar, Bustle, Brit+Co, Food Network and Oxygen TV and her writing can be found at Girlboss, Huffington Post, Taste.Company and SWAAY.

Augmented reality content can be found on everything from wine bottles to IKEA’s catalog and virtual reality experiences are much more detailed, with rich layers of interactivity from hand controllers to gaze triggers, and a VR film has even won an Oscar. With Apple and Google both debuting augmented reality platforms (ARKit and ARCore, respectively), Facebook heavily invested in its Oculus headset and Amazon unveiling augmented shopping features, AR and VR is primed to change many parts of our everyday lives.

Within the food industry, AR and VR have also begun to make headway. Although development costs are still high, more and more F&B businesses are beginning to realize the potential of AR/VR and see it as a worthwhile investment. Three main areas – human resources, customer experiences, food products – have seen the most concentration of AR/VR development so far and will likely continue to push the envelope on what use cases AR & VR have within the industry.

One of the most tangible payoffs of AR/VR technology is using it for consistent and thorough employee training. The current process of developing training materials can not only be costly, but also vary in quality by team, store, or region. Many times, human resources face the conundrum of choosing between low-touch, high-efficiency (i.e. mass group workshops with the potential downside of low retention and lackluster individualized learning) or high-touch, high-cost (i.e. small group sessions with in-store, real-time training).

Enter virtual reality. Virtual reality can create a detailed visual world for employees to safely interact with their to-be everyday job surroundings and mentally and physically learn the tasks required. These VR lessons range from managing Walmart’s holiday rush to cooking noodles at Honeygrow to perfecting the espresso pull.

On the flip side, augmented reality allows for side-by-side training and execution by layering additional information on top of an employee’s direct view. For instance, a research study found AR to be effective in helping subjects visually estimate serving sizes. Maintenance and repair, a necessary evil of the food world, has benefited from equipping technicians with AR headsets to disassemble and reassemble products without being on-site.

These new possibilities for learning and development for businesses small and large not only increase the effectiveness of training material, but also allow companies to employ a wider breadth of workers with different needs and learning styles. As headsets begin to decrease in price and more developers pour into AR/VR, it’s likely more and more companies will begin to trial and A/B test these new learning platforms. Perhaps one day, we’ll even view former mass conference workshops with the same nostalgia as the milk delivery man. 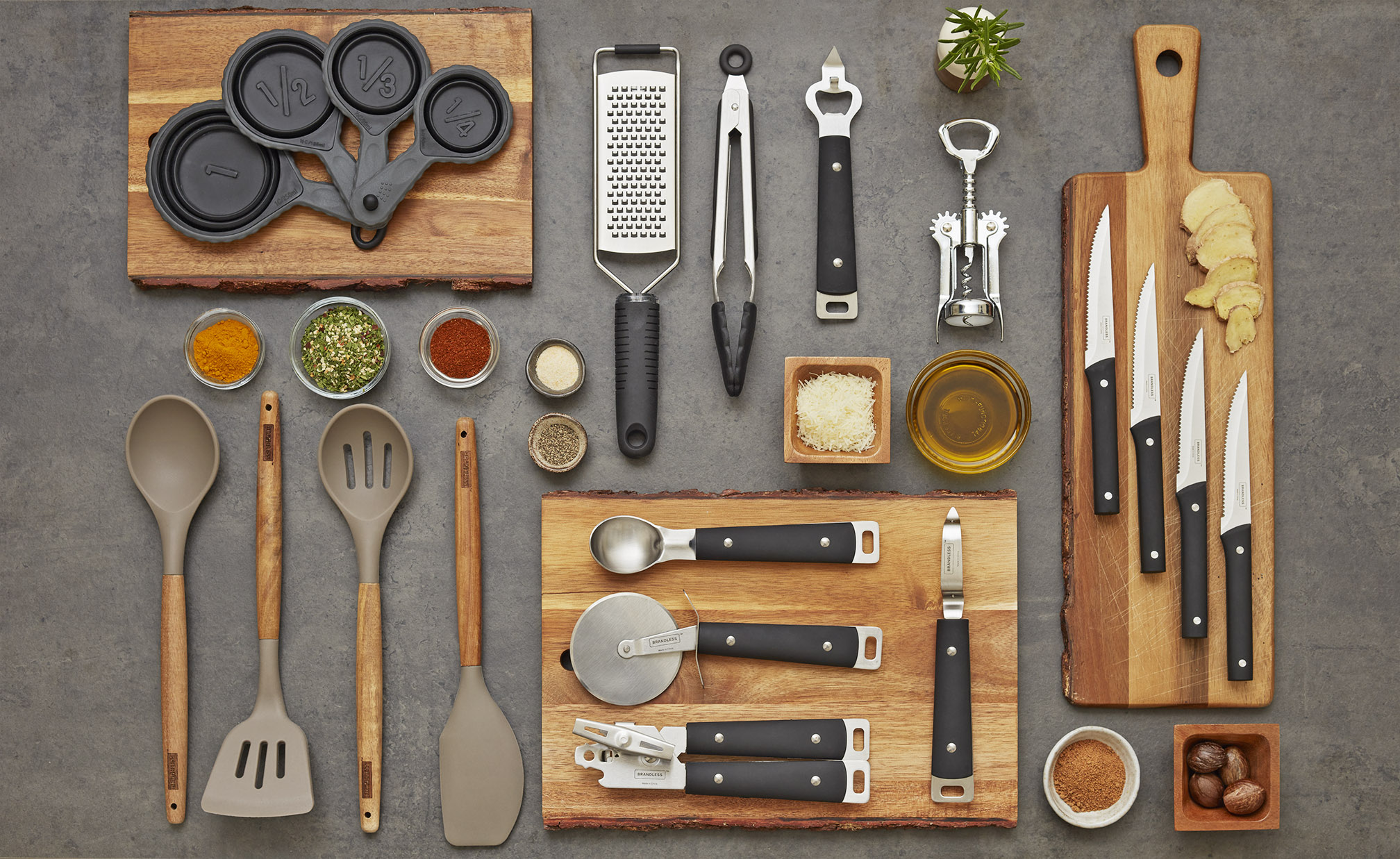 Creating Wonder in the Customer Experience

“Experiential marketing” has fundamentally changed the purpose and construction of food and hospitality driven events. Millennials especially view experiences as a means of social capital, and sharing their attendance and participation at an en vogue experience is an important piece of their curated social identities. The success of events such as the Museum of Ice Cream and 29 Rooms have convinced many brands – Grey Goose, Red Bull, Zappos, to name a few – to begin reallocating advertising dollars to experiences and sponsorships.

Augmented and virtual reality play naturally into this shift. Both are vehicles to activate all senses and immerse the consumer within a specific branded experience. VR experiences in particular have seen growing traction for use during food & beverage events. A great example is the “Boursin Sensorium”, a CGI-based VR experience that paired motion (through moving chairs), scents and tasting samples of Boursin cheese. Patron tequila used 360 video to showcase the behind-the-scenes making process at its event booths and Innis & Gunn beer used coordinated VR footage to complement the taste of its beer. Restaurants and bars are also taking notice: Baptise & Bottle in Chicago unveiled a VR tour to pair with physical scotch; SubliMotion in Ibiza lets diners go skydiving in Samsung Gear VR; Space Needle has launched a sky-high VR bar.

Augmenting the physical world with interesting and shareable content has been the focus of AR in experiential marketing. Remy Martin and Macallan both used holographic visuals for their Microsoft Hololens-specific “Rooted in Excellence” experience and The Macallan gallery experience, respectively. Given Hololens’ hefty price tag ($3,000 for the base Development Edition), most other brands have stuck with mobile AR – such as Coca Cola’s Christmas magic campaign that gave users the ability to see virtual Santa and hidden scenes across branded bus stops in NYC or Patron’s AR-enabled tasting experience with a mini bartender. Brick-and-mortar locations are also toying with fun AR elements, with London’s City Social debuting cocktail coasters outfitted with augmented visuals and India-based chain Beer Café using AR to educate drinkers on the origins, ABV, category and taste of each beer available.

If the last few years are any indication, even more futuristic applications of AR/VR are soon to come. Visual enjoyment is a major part of any eating and drinking experience and brands have come to embrace virtual overlays – whether immersed in VR or augmented in AR – as a way to educate, inspire, and prompt consumers to action. In one extreme scenario, like the world Project Nourish paints, we could all be eating and sensing two entirely different things! 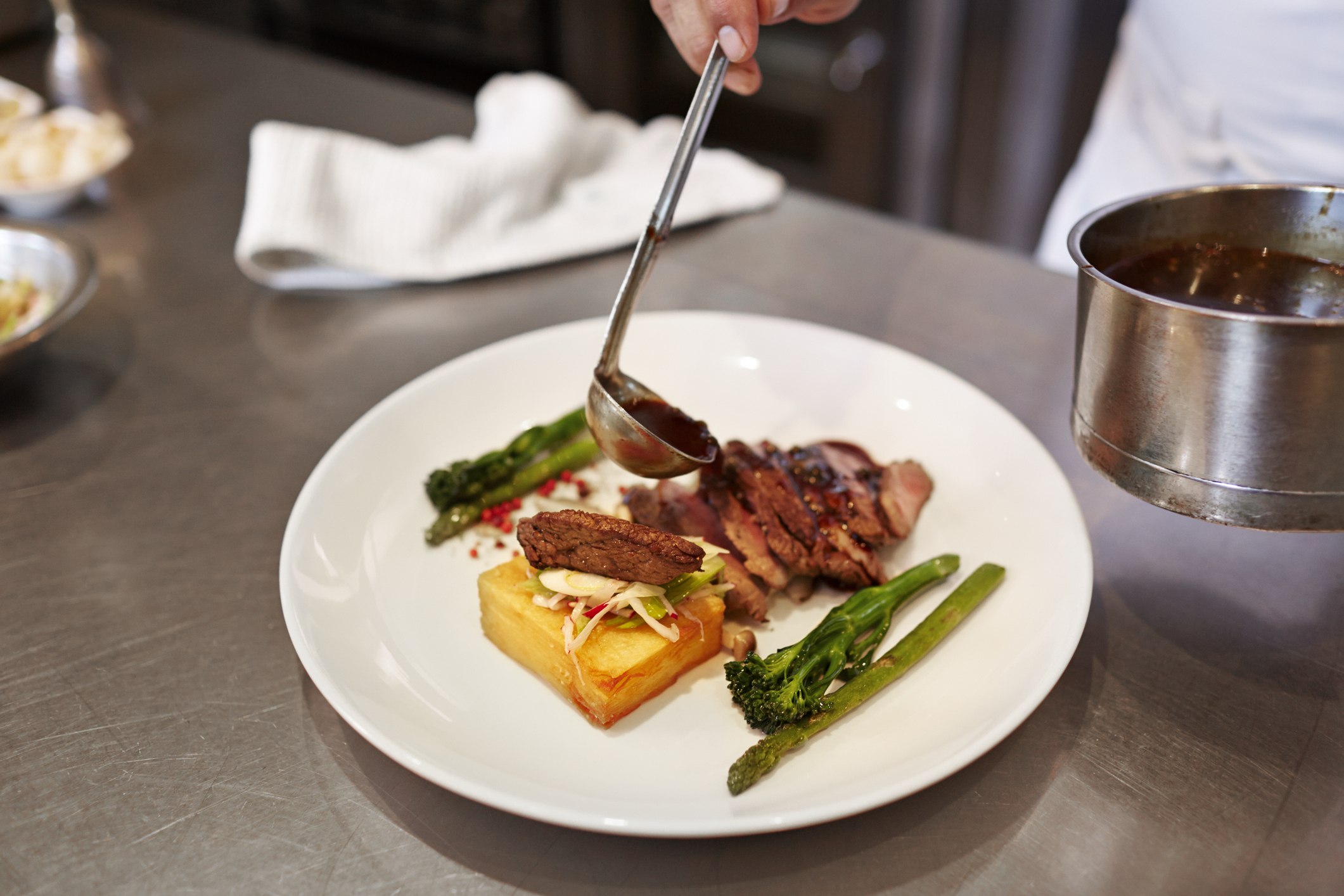 Chef pouring sauce on dish in the kitchen

Since Bill Gates’ famous 1996 essay, the adage “content is king” has been echoed and taken to heart by companies large and small. In recent years, the rise of platforms such and Instagram and Pinterest – and the social influencers and blogger celebrities it has created – have shown even more clearly that engaging with consumers digitally result in real action. Products and retail locations may still be static, but its content must extend beyond physical space to attract the attention of potential and returning buyers.

Augmented reality can bridge this gap between consumer, product and product content. The ability to overlay additional information, visual stimulus and interaction on top of specific items give product companies the chance to combine the digital world with the physical one in a targeted and seamless way. Food and beverage companies have begun to utilize AR in innovative new ways: Treasury Wine Estates’ line 19 Crimes brings each label’s pictured convict to life in AR; Nestle used a character from the movie “Rio” for an AR game available on 26 million boxes; Walmart and Kraft teamed up for an AR-backed summer sweepstakes to sell more Kraft products. One recent, poignant example was when chef & restauranteur David Chang released his limited-edition Momofuku x Nike sneaker via Nike’s AR app SNKRS, which would only allow fans buying access to the shoe when physically located at Fuku’s East Village location.

The potent ability of AR to enrich the knowledge and visuals of physical content goes beyond marketing purposes. Companies can use the technology to educate consumers on nutritional information and product composition or even make healthy but bland-looking foods appear more appealing. AR also allows physical content, like cookbooks, to merge with digital content for a simultaneous cross-medium experience as HoloYummy showcased with 3D dish renderings of Chef Dominique Crenn’s book Metamorphosis of Taste.

As consumers become more comfortable with AR, its presence will become a more continuous expectation. Instagram’s rise to prominence resulted in an entire industry of specialists across the world, allowing for mass adoption for even small businesses. AR is at the base of the same mountain; big brands are already repeatedly using AR outreach, but it still needs momentum from creators, developers and marketers to make it accessible for anyone and everyone.