It’s been some time since Uber made its full service available inside messaging apps — most notably Facebook Messenger — but now it is rolling out to another one, BBM, with an eye on emerging markets.

BBM is virtually dead in Western markets following the decline of BlackBerry phones, but it hasn’t died altogether. Now run by Indonesian telco Emtek, BBM still maintains a decentish following in Indonesia, other parts of Asia, Africa and the Middle East.

The ride-hailing company is rolling out this tie-in with BBM to allow users to book a ride from inside the chat app within the ‘discover’ menu. The feature will go live in selected countries in Africa, Asia, Europe, North America, and the Middle East, Uber said. 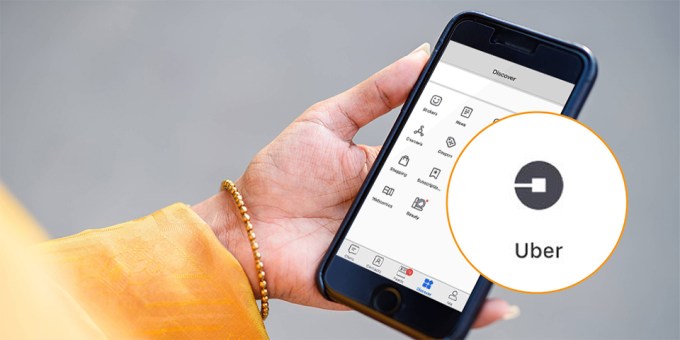 Indonesia, the world’s fourth most populous country, seems an obvious target for this. Uber is behind both Grab and Go-Jek in Indonesia, which is the largest economy in Southeast Asia, a region where ride-hailing is said to have reached $5.1 billion this year with much growth ahead. This feature isn’t about to close that gap, but it is at least a logical move for Uber. It’s also a logical move from BBM which also needs to compete — it has seen itself slowly squeezed by the rise of WhatsApp, Messenger and other chat apps.

The BBM partnership makes use of Uber’s web-based app — m.uber — which offers features you’d find in a regular app but comes suited to poor quality connections and lower-end devices.