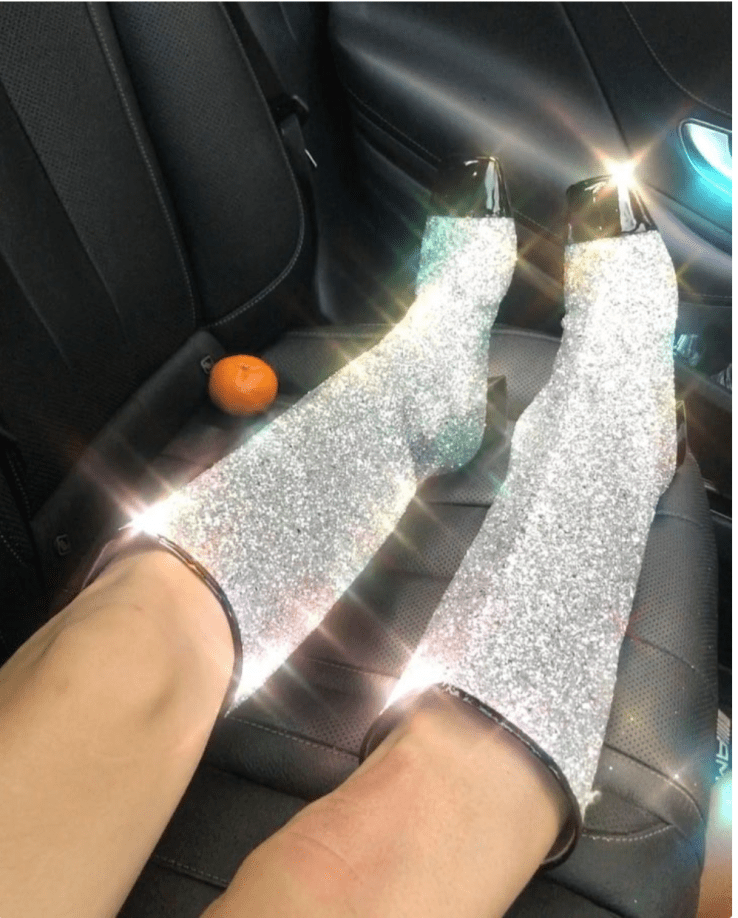 “In order for the light to shine so brightly, the darkness must be present.”
— Francis Bacon and/or Lady Gaga

Alexia Tsotsis Contributor
Alexia Tsotsis is a big nerd who is working on something under the radar. Before this she was at business school and before that she was at TechCrunch.
More posts by this contributor
Kirakira, an app that adds sparkle to your photos, is at the time of this writing the No. 1 paid app in the iOS App Store. Its creator, Kentaro Yama, is a Japanese developer who works full-time for tha ltd. design studio in Tokyo.

He did not expect his side hustle’s sudden popularity, and definitely did not expect it to attract 275K monthly active users, $300K in revenue and roughly 300K in downloads for the month of November 2017, according to Apptopia, which also estimates the app’s average revenue per user at a solid $0.99. (Yama disputes Apptopia’s estimates, and holds that the app saw 400K downloads in the month of October alone.)

At tha ltd., Yama has worked on projects for Shiseido and a Japanese men’s gymnastics team. He insists that his Kirakira discovery wasn’t inspired by his job, but rather by a starry-eyed quest to create photorealistic OpenGL and Shaers effects in a real-time app. 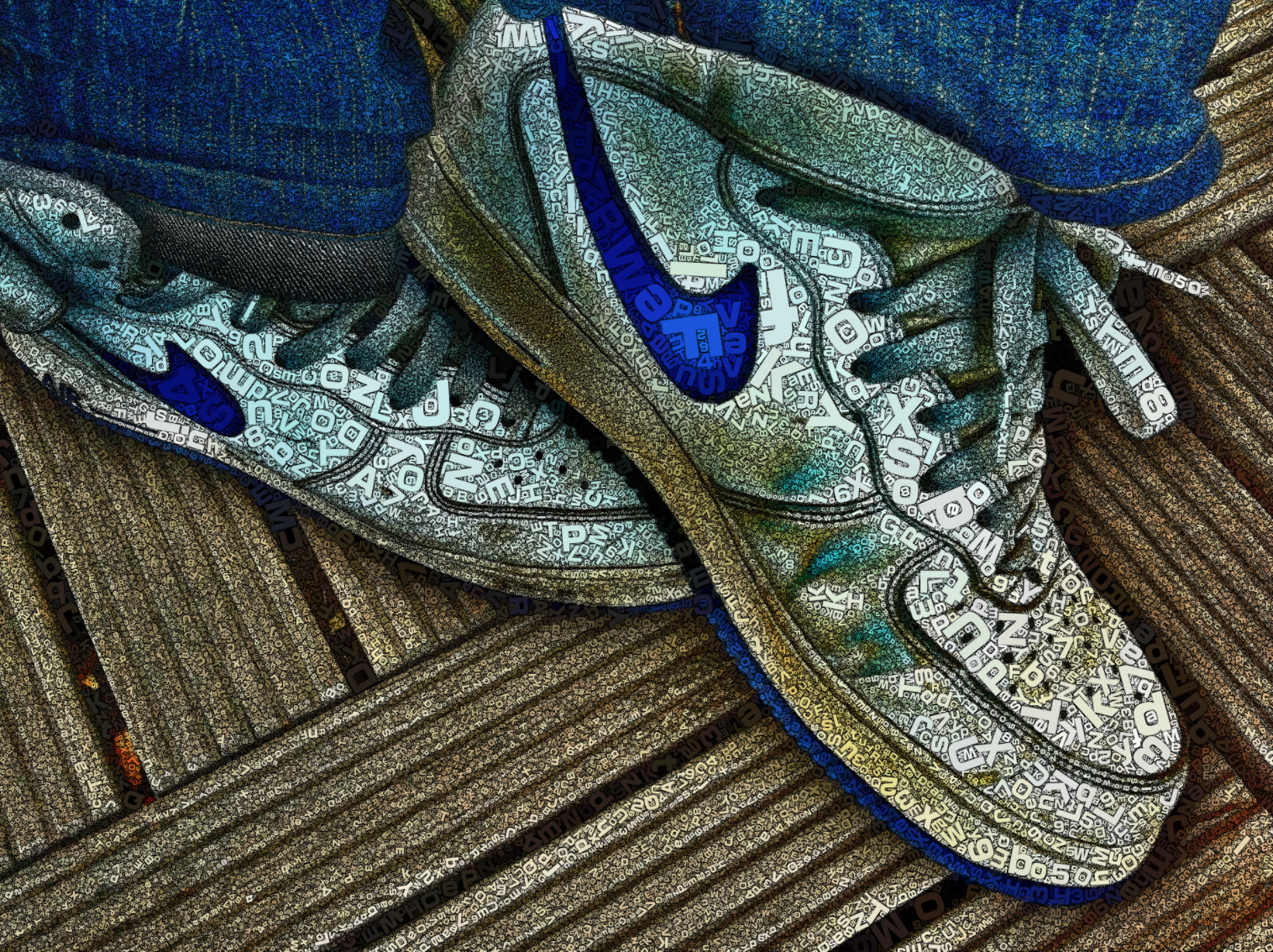 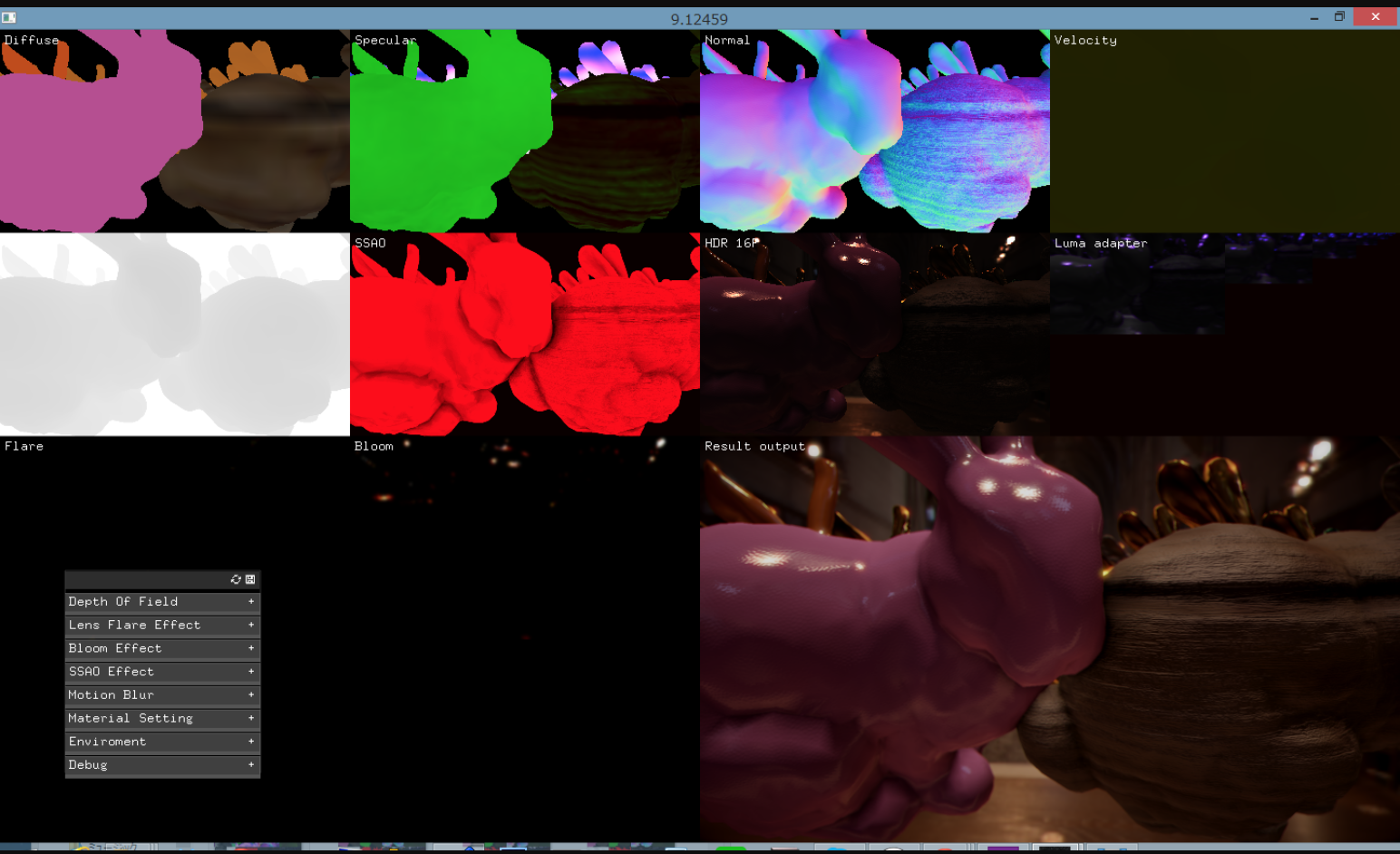 … versus his rebelliousness in CG.

So what propelled Kirakira, which means “sparkly” in Japanese, from the dregs of the App Store to the home screens of any influencer worth their weight in Likes?

“The effect is easy to understand — and fun,” Yama writes to me. But that doesn’t explain why Kirakira wasn’t really discovered until this past September, where fashion lore has it that Instagram head of partnerships Eva Chen fortuitously found it and started using it during Spring/Summer ‘18 Fashion Week.

While the Instagram press team has not responded to our request for comment, Chen is very likely “patient zero” of the app. “I was very, very surprised,” Yama tells me about seeing the app suddenly take off two months ago. “Since the number of downloads increased, I updated the function that I thought needed. Beyond [what I imagined,] people like to shine,” he muses poetically. 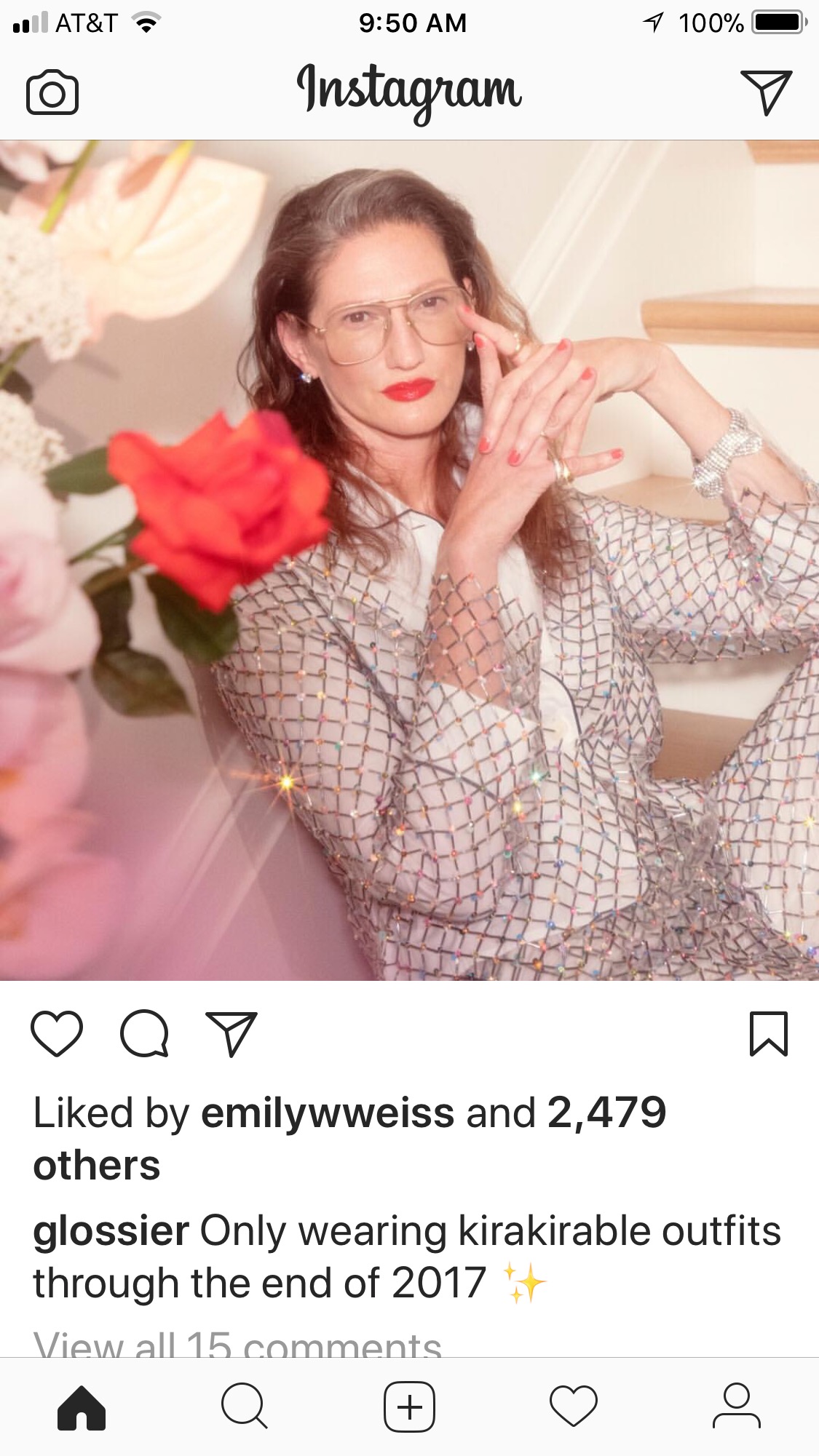 Yama came across the inspiration for Kirakira while still working at his day job, building post-production lighting effects at tha ltd.

Yama had a hunch that the effervescent, enhanced lighting would also suit the phone’s camera and thus built an app with the same effect but in real time. But nothing came of it for years, until this fall’s Spring/Summer Fashion Week (yes, I know how weird this sounds but that’s a whole other post).

Humbled by his success, Yama is aware of the fact that there is already a plethora of filter applications. And he is concerned about the existential threat posed by Instagram and Facebook, which infamously have no qualms about stomping on the competition.

“Yeah, I am a little worried about that,” he explains. “I think the new feature Kirakiragraph is a good idea. I [will be] sorry if this is also copied.”

Yama thinks it might be a competitive advantage that Kirakira sticks to being solely focused on the amplification of light versus, you know, usurping your entire social graph.

With a starring role in Kirakira’s latest update on November 13th, Kirakiragraph is a photograph that only moves light, a prescient launch as we slowly approach the most lit holidays of the year: Christmas and New Year’s Eve.

The update also allows you to get the Kirakira effect on still images, which online-focused brands like Iconery are already using Photoshop to imitate. 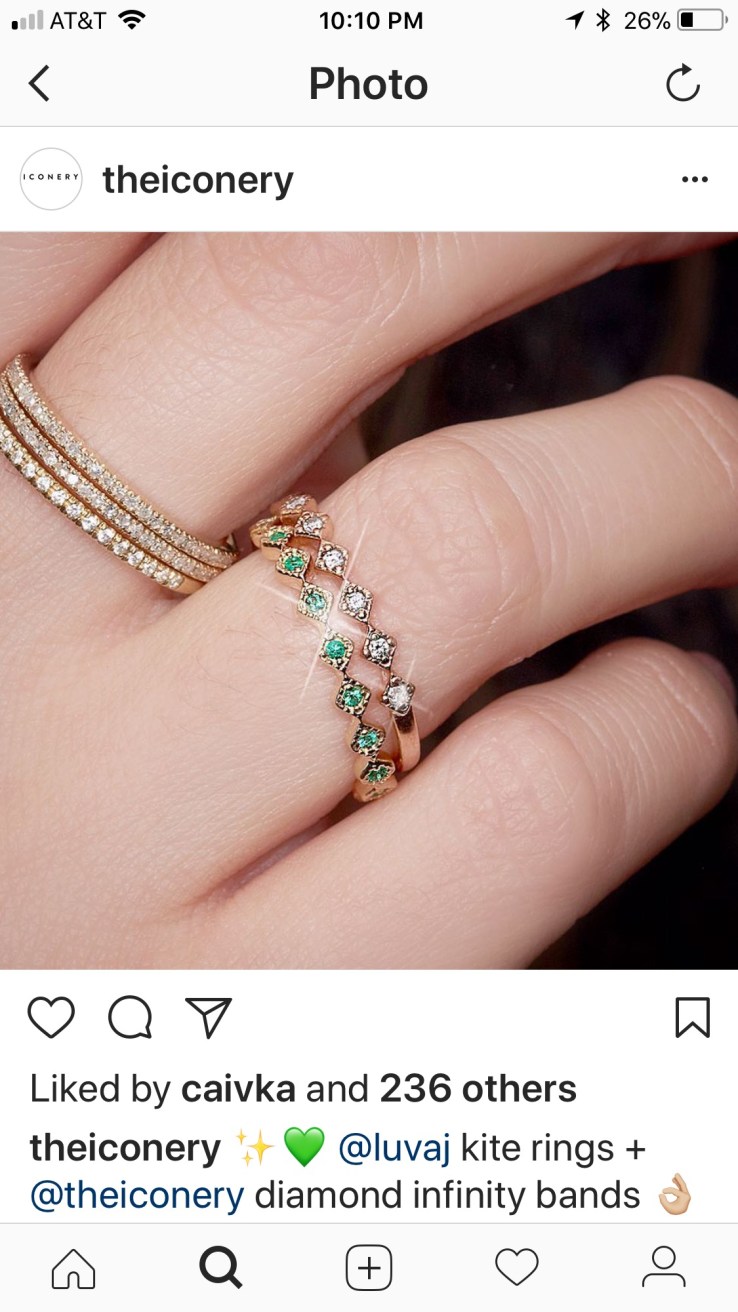 Yama would not share his own download metrics, and said he had no data about the app’s daily and monthly active users. Same with its revenue and profit, though he told me that the numbers on Apptopia are approximate. His future plans include building an Android version of Kirakira, but not a social network. He’s never thought about taking VC money.

Yama is awed that world-famous people like Kim Kardashian are using his app.

“The world is too different for me.” Still Yama says that none of the celebrities using Kirakira has reached out to him, yet. “Although it is not, there are several stories about collaboration with companies,” he explains.

He sees a lot of opportunity for AR to influence fashion the way Kirakira has and beyond. “Because CG will be more suitable for photoreal expression, I think that CG and cameras will become more familiar, and more various expressions will be born as AR,” he explains.

And while Kirakira is purposefully simple, there is room for more complex AR interplay within the worlds of beauty and fashion: Both Sephora and Mac leverage the Modiface SDK and allow you to try on a cat eye or a glitter lip without the consequent mess. Apps like Fabby Look help you to change your iHair color and there are a cornucopia of apps that allow you to have digital surgery (for better or for worse, per Amanda Hess).

It’s only a matter of time — and advances in AI, CV and CG — before similar semantic image-recognition tech is also applied to the color of your clothes or the shape of your entire body — shout out to David Foster Wallace’s vision of dystopian avatar tech.

If Amazon’s recent acquisition of Body Labs is an indicator, the tech MAFIA is already working on apps that make an all-red or all-yellow or all-fur outfit pack even more of a punch in social media photos, which are increasingly the only metric that matters. Anna Wintour herself is rumored to have said that a runway show is now just an excuse for people to Instagram the clothes.

So will software eat the runway? A simple click on the #kirakira hashtag makes it clear that the app has already influenced the influencers — see above. These glittery Chanel boots are the shoe of the season. And these glitter dresses. And this. And this eyeshadow. And this.

“Only wearing Kirakirable outfits until the end of 2017,” new beauty brand Glossier, the be-all end-all of Insta-tastemakers, recently posted, hearkening back to an early sign of the new direction (they were also one of the firsts to lean into “millennial pink”).

After all, what is beauty but an augmentation of light?