Despite overwhelming opposition from Congress, technical experts, advocacy organizations and, of course, the American people, the FCC has voted to eliminate 2015’s Open Internet Order and the net neutrality protections it established.

The order passed today, “Restoring Internet Freedom,” essentially removes the FCC as a regulator of the broadband industry and relegates rules that prevented blocking and throttling content to the honor system. The FTC now ostensibly has that role, but it is far from an expert agency on this topic and cannot make preemptive rules like those that have been in place for the last few years.

As expected, the vote was 3 to 2 along party lines, with Chairman Ajit Pai and Republican Commissioners Brendan Carr and Michael O’Rielly voting in favor of the order, and Democratic Commissioners Mignon Clyburn and Jessica Rosenworcel voting against. 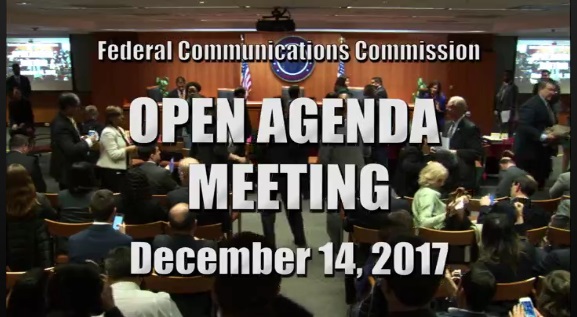 Clyburn and Rosenworcel made their feelings known at the meeting with some fierce remarks on the order and the procedures leading up to it:

“I dissent from this fiercely spun, legally lightweight, consumer-harming, corporate-enabling Destroying Internet Freedom Order,” said Commissioner Clyburn. “There is a basic fallacy underlying the majority’s actions and rhetoric today: the assumption of what is best for broadband providers is best for America. What saddens me is that the agency that is supposed to protect you is abandoning you. But what I am pleased to be able to say is the fight to save net neutrality does not end today. This agency does not have the final word. Thank goodness.” 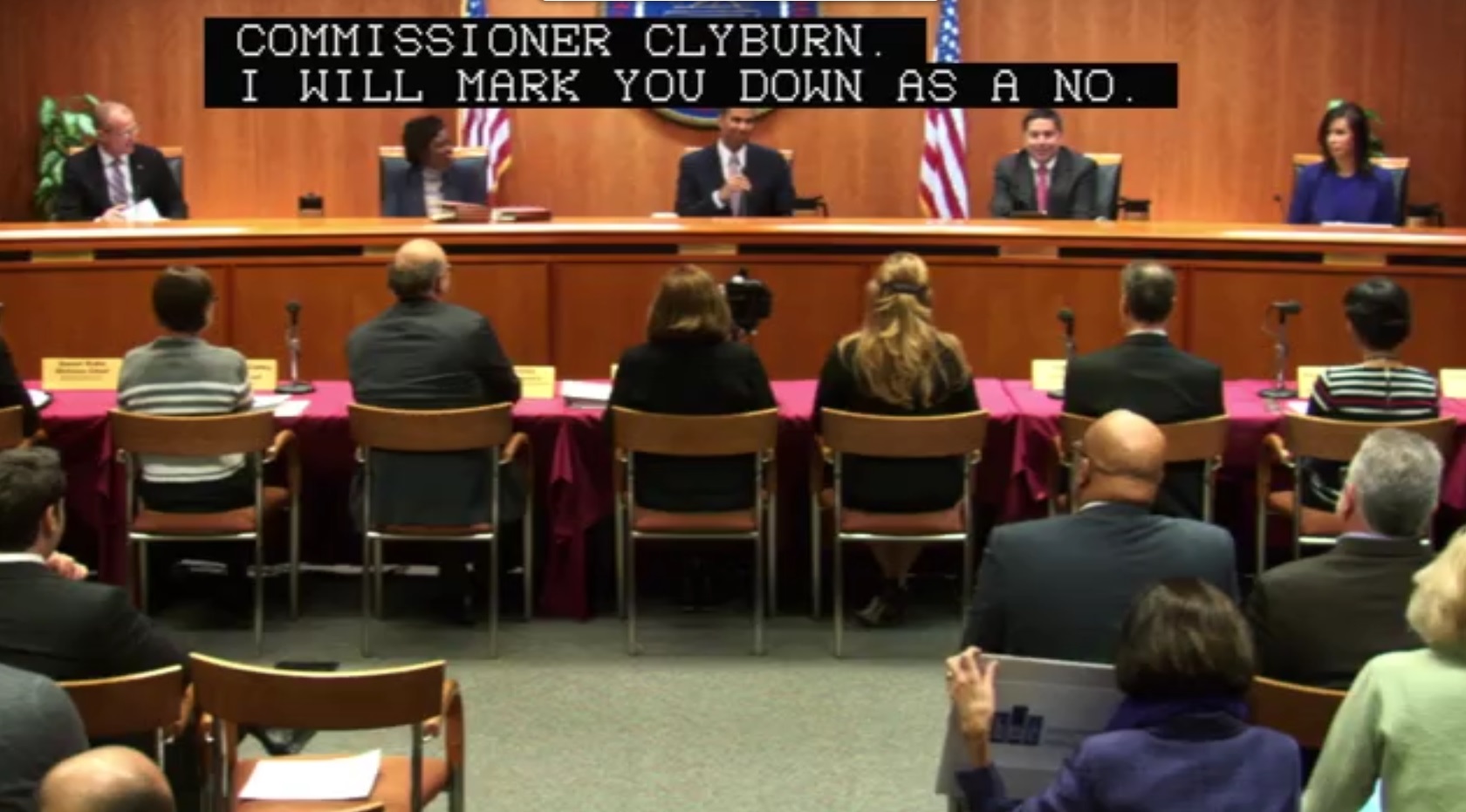 Both will soon publish more substantive dissenting statements that lay out the problems with the order as voted on and perhaps give a hint as to how it may be legally challenged once it takes effect.

Chairman Pai trotted out the same talking points he’s been pushing since 2015. That the law that dictates the internet remain “unfettered by federal and state regulation” (that part of the 1996 Telecommunications Act is advisory, and also about porn); that the 2015 rules were “designed in the ’30s to regulate Ma Bell” (they were rebuilt from the ground up in 1996, as he explained moments earlier); that the regulations had destroyed jobs (the jobs never existed); that small ISPs were harmed (I’ve asked the ones he’s cited repeatedly and they have never explained how) — and how edge providers are a bigger threat than ISP discrimination.

Ironically, he asked that the internet be “driven by engineers” and not “lawyers and accountants” — ironic because hundreds of prominent engineers have pointed out the technical shortcomings of the order, which is largely based on economic analysis and legal hair-splitting. 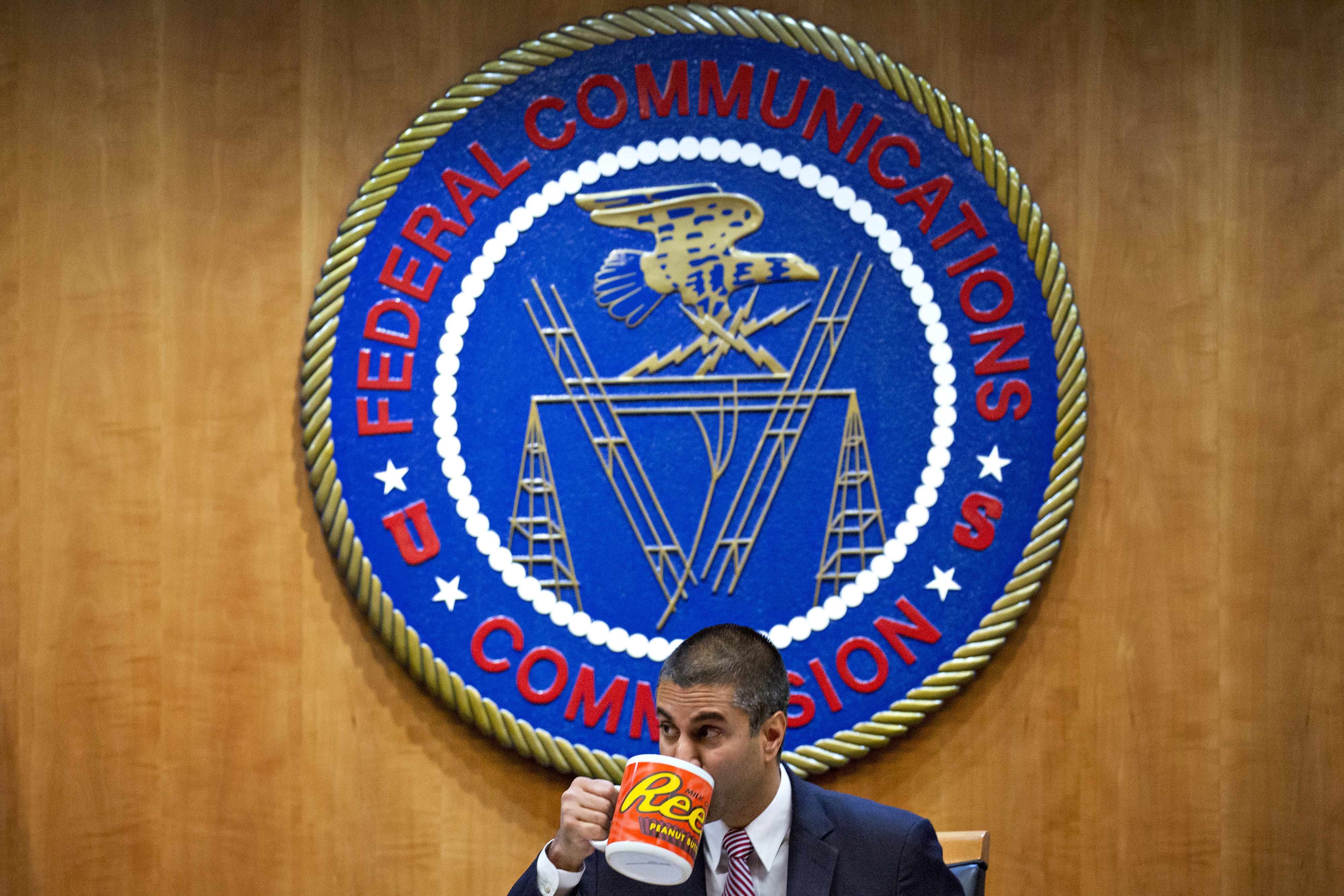 (Pai’s remarks were interrupted by security, which asked everyone to leave the meeting room so it could be swept by what appeared to be bomb-sniffing dogs.)

Commissioner O’Rielly said the 2015 order, which was “railroaded” by the Obama administration, dealt primarily with theoretical threats, and called commentary suggesting possible harm “fearmongering.” He also said he saw no reason to have public meetings on the topic, since anyone interested could just leave a comment.

Commissioner Carr said this was “a great day,” recalling the halcyon days of 2008-2014, during which the internet grew unencumbered by 2015’s “unprecedented…massive regulatory overreach.” The open internet we know, he said, emerged from that framework; “Title II did not build that,” he said, and its removal will not lead us to a “Mad Max” version of the internet.

He also said, misleadingly, that the classification of broadband under Title I is the only one “blessed” by the Supreme Court, in 2005. In fact, the Supreme Court famously specifically declined to “bless” any particular classification, deferring to the FCC’s choice as an expert agency; and more recently courts have upheld the classification of broadband as a Title II telecommunications service — not to mention the fact that the people who actually created the modern internet insist that is the case as well.

As with all FCC orders of this magnitude, its effects do not take place immediately. The rules must first be entered in the federal register, something that will likely take place early next year.

Commentary on the Restoring Internet Freedom order and net neutrality in general has been voluminous; you can read a summary of the arguments here, and learn how the order is based on technically incorrect information here. You also can read about the origins of net neutrality and how its opponents organized against it.