Ford has put a lot of focus on China’s electric vehicle market — with a local joint venture expected to lead to 15 electric or hybrid models on sale in the country by 2025 — and today the automotive giant announced a tie-in with Alibaba to fulfill its ambitious goals.

The scope of alliance is fairly broad and vague at this point, but a large chunk of  the”strategic collaboration” appears to be based around developing a direct sales channel to reach consumers in China.

Alibaba is the country’s largest e-commerce firm that’s best known for its Taobao marketplace and T-Mall service for brands. The alliance could see Ford utilize T-Mall to sell cars to consumers — the company has sold items like cargo jets via Taobao before — but there could be room for collaboration within Alibaba’s ‘Next Retail’ strategy that unites online and offline commerce.

The Chinese giant recently invested in national hypermarket operator Sun Retail in a move that it hopes will increase the synergies between e-commerce and physical retailing, and automotive is one vertical where that mesh is more obviously beneficial. People like to touch, feel and drive cars before they buy them, but yet doing basic research and purchasing online is more productive than visiting multiple showrooms.

A source also indicated that Alibaba may consider a “vending machine” style approach to selling cars. We’ve seen such an approach before — like this compact 15-story operation in Singapore that looks like a child’s toy box and examples in Germany — and that could be one branch of Alibaba’s retail strategy in the future. 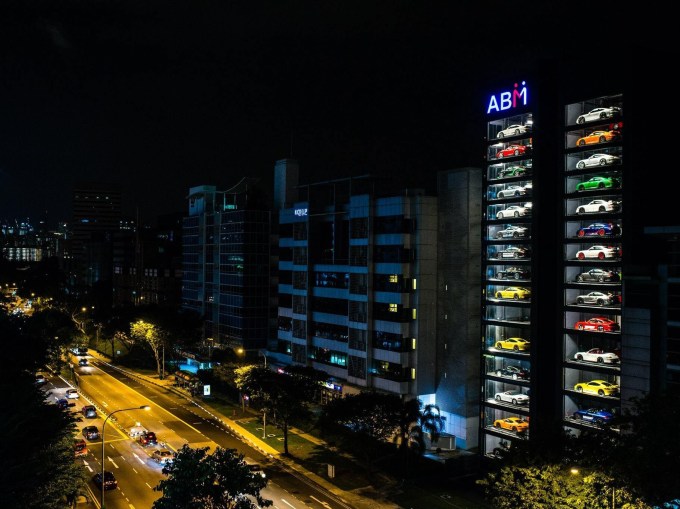 Beyond sales, the companies said they will explore opportunities to work together on technology, including cloud computing for big data analysis, digital marketing services and using Alibaba’s AliOS operating system.

China’s state-owned media predicted than more than 800,000 green vehicles would be sold this year, up more than 50 percent on 2016, thanks in no small part to a government incentive that covers 26 different models. Data is scant, but that’s almost certain to make China the world’s largest market for electric vehicles. Already it has attracted Tesla, which is planning its own China-based factory, while VW is among the international firms that has invested in order to make its mark in the country.

“China is one of the world’s largest and most dynamic digital markets, thriving on innovation with customers’ online and offline experiences converging rapidly. Collaborating with leading technology players builds on our vision for smart vehicles in a smart world to reimagine and revolutionize consumers’ mobility experiences,” Jim Hackett, Ford President and CEO, said in a statement.

Executive chairman William C. Ford Jr. was even more direct in his assessment of the importance of China.

“When I think of where E.V.s are going, it’s clearly the case that China will lead the world in E.V. development,” he told the New York Times.

Alibaba announced its first internet car in partnership with Chinese firm SAIC last year — the vehicle runs AliOS — and it claims to be powering more than 400,000 vehicles across China’s roads today. This deal with Ford might not culminate in a Ford car running AliOS, but it does represent a first deal between Alibaba and an automaker from outside of China. That makes it a significant tie-in even the exact nature of the arrangement is rather frustratingly unclear at this point.