Elvie, the maker of a connected pelvic floor trainer that helps women with bladder control and yes, even better sex, has proven there’s a market for so-called “femtech” devices. After generating 1 million euros in its first months of direct sales, and growing 50 percent quarter-over-quarter, the company is a good indication that products for women that aren’t just ugly, utilitarian medical devices can make for a profitable business.

The challenge in creating Elvie wasn’t just that it was a product for women – it was also a hardware device, which is a tough space on its own. And Elvie was creating a whole new category of devices that had never existed before on top of that.

The product, which is inserted in the body and connects with an app, is a personal trainer for doing kegels. The exercises are particularly important for some women after giving birth, in order to address the problems with bladder control. But there had never before been a product that crossed the boundary between being a  serious medical device and a lifestyle product, the way Elvie is. 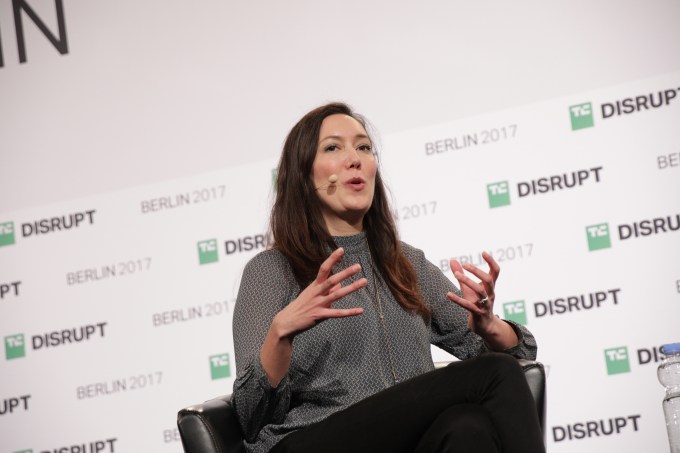 Not surprisingly, there were a lot of naysayers at first, Boler admitted. Investors questioned whether this was a product that was addressing too niche a market, or if it was really solving a problem. She said she knew she had to nail the path to profitability and demonstrate traction right away to change their minds.

“You do need to prove yourself a little bit more,” she said of entering this complicated space. Though she added that investors not interested in intimate technology products wouldn’t even take the meeting in the first place.

The beginning of Elvie’s life was also tough, she said, explaining how she had to bang door retailers’ doors to try to convince them to sell such a product.

Boler, who has a PhD in HIV research, didn’t even think about doing a business like this until she became pregnant herself. “I realized it was a normal part of being a woman,” she said. The market “was completely overlooked,” she added, “and I realized it’s an area we need to innovate.”

She hopes the product demonstrates the ability for technology to change conversations, and help make women proud and more in touch with our bodies, in addition to becoming a company that’s “bigger than Dyson,” as she hopes.

The founder also offered some advice for other wearable/hardware companies hoping to go this route. She suggested that initially targeting a niche audience can work – as Elvie did with pregnant women.

“The most important thing you can do is win over a specific consumer segment, then grow with them,” she said. Elvie’s longer-term goal then is to have multiple devices that can support its customers at different stages of their life.

Boler told founders not to give up, despite those who will question your product, market and potential. “There’s still an opportunity,” she said. “Ignore the naysayers – you just have to go out and prove them all wrong.”