It’s been some time since we wrote about Graphic India, a new media startup that believes India should have its own home-grown answer to cartoon empires like Marvel.

The 30-person company been busy developing its IP and bringing its creations to audiences via film and TV since we last covered it in 2015, when it raised $2.5 million from investors, and now it has added to that war chest after pulling in an additional $5 million.

The new investment in Liquid Comics, Graphic India’s parent company, comes from existing backers Start Media and Backflip Studios’ co-founder Julian Farrior with 3One4 Capital and Zodius Capital founder Neeraj Bhargava among the others that took part. Previously, the Chernin Group backed the startup via its Asia-focused CA Media fund.

When we last spoke to Liquid Comics CEO Sharad Devarajan, the company was on the cusp of moving into mainstream media after developing IP and selling comics via Amazon and other channels. It has since expanded further.

Astra Force, its animated series starring Bollywood icon Amitabh Bachchan, premiered on the Disney Channel, while another series — Baahubali: The Lost Legends — was broadcast on Amazon Prime and is set to be shown on Viacom18’s India-focused channel Colors. Away from traditional media it has also seen some successes online. 18 Days: The Mahabharata — a series from prolific DC Comics’ cartoonist Grant Morrison — racked up seven million views across YouTube, Facebook and web video services.

Graphic India also ventured into mobile with two library-based comic book apps, and it snagged a comic book and animation deal for smash-hit Indian film series Baahubali, which has made inroads in the U.S. market and broken Indian box office records.

“It was really India’s Star Wars moment,” Devarajan said of the two Baahubali films. “Our job was to create an experience that went beyond the screen.”

Now the Bangalore-based company is looking to build on that progress with this new funding in the bank.

“We’ve been aggressive with digital comics, digital shorts and producing animated shows,” Devarajan told TechCrunch in an interview. “Now the challenge is whether we can unlock that great creative potential in the pop culture space in India.”

That, he explained, will see the company focus on more film, TV and web streaming deals while pushing its own subscription-based digital comic app, and looking into games, merchandising and even augmented reality and virtual reality opportunities.

AR and VR, he added, are longer term visions that will take some time to reach large scale audiences in the U.S., let alone. Initially, however, the focus is on more affordable devices like Google’s Cardboard project, but Graphic India is actively exploring the possibility for higher-end devices, which are becoming popular as ‘VR arcades’ within shopping malls and other public places. 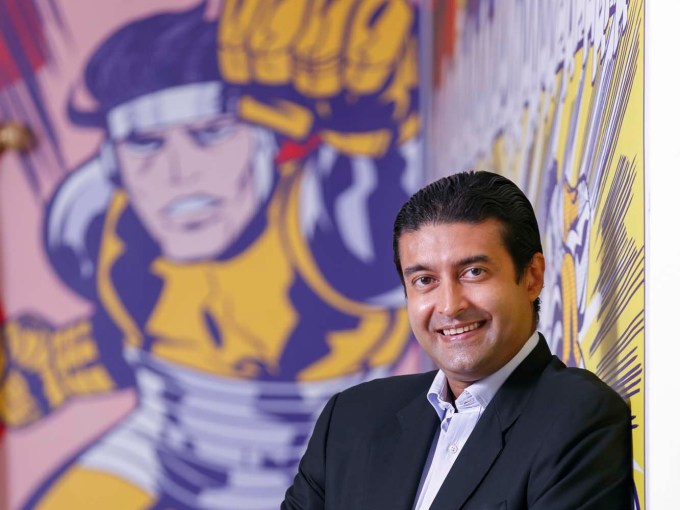 Graphic India’s business model is pretty different to the usual kind of startups that we write about on TechCrunch. The animation industry is primarily concerned with two areas: developing original IP — characters and series — and putting that IP to work in films, TV series and merchandising.

The former can be done in-house, but the latter requires partnerships with writers, broadcasters, networks and more.

Beyond building a platform for India — and one that Devarajan stresses will help up-and-coming Indian talent get the recognition they deserve — the aim is to make the brand and its work globally visible. That means bringing Indian content, which is typically based on mythology, beyond the Indian diaspora and to international audiences across the world.

“Our mission is to transform India from outsourcer to source,” Devarajan said. “I think we’re making huge strides doing it.”