It’s no secret that among the millions of comments filed with the FCC regarding its plan to roll back net neutrality are a great deal of fake ones, some even using stolen identities. New York Attorney General Eric Schneiderman has been especially vocal about this problem, and since the FCC doesn’t seem to care, his office has set up a page to report fraudulent comments directly.

“The FCC is refusing to help us—or anyone else—conduct a serious investigation, so we’re asking New Yorkers to help us get to the bottom of what happened,” Schneiderman said in a statement accompanying the announcement of the site. 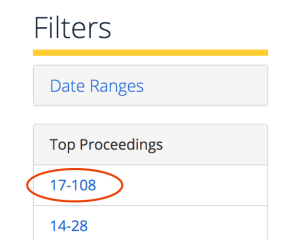 It’s a pretty simple process. You go to the FCC’s comment site and search for your name in the “Search Full Text” box. If any comments appear, you can check to see if they’re yours or if your identity was used without your knowledge. (The instructions don’t specify this, but if you want to be extra sure, click the “17-108” button at the left after you search, which will only show comments from the net neutrality proposal.)

If you have a common name, you’ll want to be careful not to report another person’s legitimate comment — that would be counterproductive.

Then you submit that comment ID to the AG’s office via the form, and answer a couple yes/no questions: Did you submit this comment? Is that your real address? Is the comment in line with your views on the issue? And you’re done.

The AG’s office told me that the information “will inform our ongoing investigation” — the one the FCC has not cooperated with.