With little fanfare, Amazon launched its Silk web browser for Fire TV, allowing users with Fire TV, Fire TV Stick, and Fire TV Edition televisions to surf the web from their big screen. The app offers several standard web browser features, like the ability to search or enter URLs, access bookmarks, move forward or back, save passwords, and more. It also uses Bing.com as the default search engine, and supports searches via voice, thanks to its integrations with Fire TV’s voice remote.

Overall, however, the browser is a fairly bare bones app that doesn’t seem like it was carefully customized for use on a television’s screen. But then again, browsers aren’t really a great app for use on TVs in the first place. 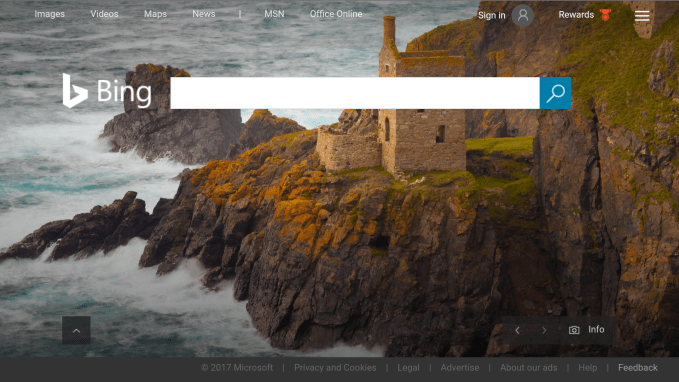 The cursor, for example, moves around via the directional buttons on the remote. That’s functional, but obviously more cumbersome than just grabbing your phone (that’s probably nearby anyway) to perform a search or load a webpage.

But the point of the Silk browser for Fire TV is not really web searches – it’s for online video.

The app includes a section of content called “Trending on the Web,” which highlights popular videos, including those from news sources like CNBC, CNN, Fox and others. You can play, pause, fast forward and rewind these videos using the buttons on the remote, instead of the cursor, which makes for easier viewing.

The app’s release was first spotted by AFTVNews, which pointed out the beta version of the Silk browser had leaked this June, hinting that a launch was in the works. 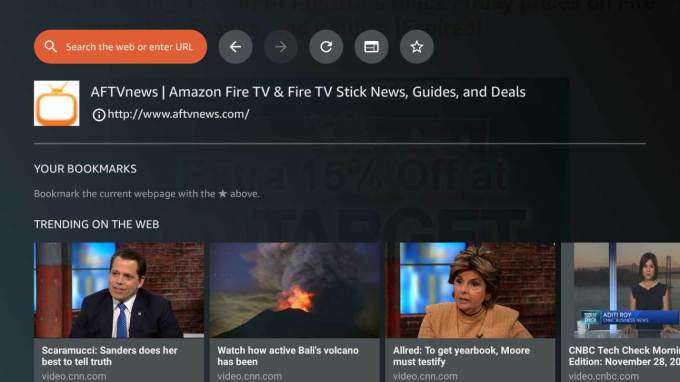 Amazon has not yet formally announced the app’s arrival, but it did confirm the news to us via email this afternoon.

The decision to not make a public announcement could be the company is tied up with its re:Invent conference in Vegas, or it may be waiting until the browser is fully compatible with all Amazon Fire TV devices before making an announcement.