Apparently, Google made good on its promise to fix its awful hamburger emoji, in the wake of an online debacle last month. In case you missed it, when a tweet about the problem with the emoji went viral – the cheese in Google’s burger emoji is under the burger! The horror! – Google CEO Sundar Pichai replied he would “drop everything” to address this issue. According to Emojipedia, that has now happened. The new burger design in the Android 8.1 release puts the cheese in its correct place: on top of the burger patty.

The original tweet about the problem has over 51,000 likes and 25,000 retweets, which indicates that a lot of people actually do care about minor details like this, even if they seem silly.

I think we need to have a discussion about how Google's burger emoji is placing the cheese underneath the burger, while Apple puts it on top pic.twitter.com/PgXmCkY3Yc

But the resulting discussion did foster some debate about the “right” way to stack cheeseburger toppings. (It’s a fun thread, if you’ve got the time.)

Pichai’s response, while a bit joking, did say that Google would make a change to the emoji if people could come to some sort of consensus on the matter of burger toppings.

Will drop everything else we are doing and address on Monday:) if folks can agree on the correct way to do this! https://t.co/dXRuZnX1Ag

A few days after the online debate, Google had a little fun with the matter by serving up a lunch at their offices where an “Android Burger” featuring cheese underneath the burger patty was on the menu.

Now, it appears that the majority who believe the cheese goes on top of the burger won out.

According to Emojipedia, a site that tracks the emoji universe and all its changes, the burger design has been updated in the forthcoming Android 8.1 release, announced on Monday.

The new Google burger emoji in the updated version of Android now matches all the others where the cheese sits on top. (Though there’s still some debate over where the lettuce goes…beneath the burger? Really Apple?) 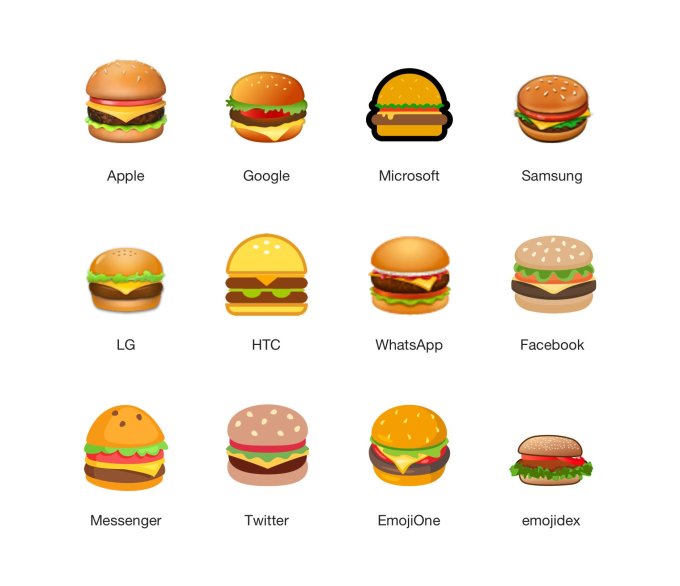 The updated version of Android also includes a few other emoji tweaks, Emojipedia noted, including a now filled beer stein for the beer and beers emojis (instead of half full, as before), and a tweak to the cheese emoji so the holes on the wedge no longer look painted on.

Android users can access the new burger emoji immediately if they’re running the Android 8.1 developer preview; otherwise you’ll have to wait for the public release of 8.1 due out later this year.

Google declined to formally comment, but we understand that the change is permanent. Android 8.1 will roll out in December, reaching Pixel 2 and Pixel 2 XL, Pixel, Pixel XL, Pixel C, Nexus 5X, and Nexus 6P at that time.