In 2014, TechCrunch launched the Include program to leverage TechCrunch’s unique network and resources to create access and opportunity for underserved and underrepresented founders.

TechCrunch Include Office Hours are a part of this effort. TechCrunch partners with a VC in New York or San Francisco to host these meetings. During Disrupt, we host Office Hours in the city of the event — this month, it’s Berlin! These private 20-minute sessions are valuable opportunities for entrepreneurs to gain insights and advice from seasoned investors, as those from Cavalry Ventures. Founders can apply here.

Underserved and underrepresented founders include (but are not limited to): female founders, refugees, veterans, minority, LGBTQ, Black, Latino/a, Asian, people with disabilities and Native peoples.

Based in Berlin, Cavalry Ventures invests in early-stage, disruptive companies. Cavalry is founded and led by a team with deep founder and investment experience themselves. Cavalry is a “hands-on, operations driven and laser-focused on enabling early stage entrepreneurs who have the ambition to transform important markets to build the next big thing.” 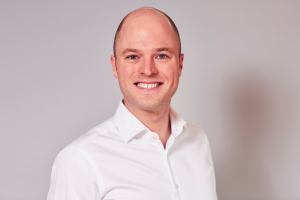 Rouven Dresselhaus is founding and managing partner of Cavalry Ventures and contributes his expertise in strategic decision making, e.g. investment strategies, portfolio management as well as fundraising support to back the growth of portfolio companies. At Cavalry, Rouven is responsible for the portfolio companies McMakler and FreightHub.

Prior to Cavalry, Rouven invested privately in more than 35 startups worldwide that have created over $1.5 billion in shareholder value. Among them are Tradeshift (world’s largest network for businesses) and Simplesurance (leading online provider for product insurances).

Rouven started his career at KPMG as a consultant in the Financial Risk Management practice. He then supported Morten Sondergaard in his investment activities and joined the early/mid-stage VC fund Capnamic Ventures.

Aside from being experienced in the digital economy, Rouven possesses strong ties to the old economy, as he grew up closely connected to his family’s business, Dresselhaus GmbH & Co KG, one of the largest providers of screws and fastening parts in Europe. Other than taking the Founders Pledge, he is an avid supporter of and donor for YUNUS Social Business to generate sustainable social impact. 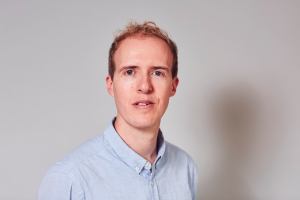 Stefan Walter is managing partner at Cavalry Ventures and supports founders in areas such as funding/fundraising strategy, financial modeling and investor communications.

Stefan holds degrees in finance/tax law and business administration. Prior to Cavalry he co-founded Montredo amongst others, an e-commerce venture with focus on new luxury watches, before moving to the other side of the table and joining Rheingau Founders, a Berlin-based company builder and early-stage investor.

Stefan is passionate about all sorts of ball games (basketball, tennis and soccer in particular), and is actively involved in the Berlin startup scene, where he serves as mentor at Techstars and METRO Accelerator.