As virtual reality takes its trip through the hype cycle of technology adoption, I keep returning to the early days of film as a corollary for the medium’s progress and a good benchmark for its evolution.

When they first arrived on the scene, movies must have had the same thrilling and disorienting visual jolt that anyone who experiences virtual reality now receives the moment they strap on a headset.

And just as film developed from the first flickering frames of a horse’s gallop from The Horse In Motion, created by Eadweard Muybridge in 1878, so too will virtual reality evolve to encompass more ambitious storytelling.

Dispatch, a gorgeous, harrowing 24-minute experiment in narrative storytelling created by the acclaimed studio Here Be Dragons, which uses virtual reality in novel ways, may be one of the most interesting steps on the path to creating VR’s own narrative language.

The short, which debuted at the Venice Film Festival earlier this year, is now available through the Oculus store on both the Rift and the Gear. The first three episodes are available now and the fourth and final installment will be released at a later date.

Divided into four six-minute segments, Dispatch tells the story of a particularly long, particularly terrible night for one police dispatcher in an anonymous American small town.

Instead of trying to cross the uncanny valley into naturalism within virtual reality, or falling back on the tropes of gaming animation, Dispatch’s writer and director Ed Robles of Here Be Dragons decided to create a more impressionistic approach.

The talent that Robles assembled, headed up by Martin Starr, is impressive.

As Ted, Starr imbues the police dispatcher at the center of the story with pathos and provides a point of pop cultural reference that grounds the viewer.

The supporting voice work from the rest of the cast, including Julianna Guill, Graham Shiels, Beth Grant, Samuel Stricklen and Kelly Jenrette, is also impressive.

A former commercial director and storyteller, writer and director Robles specializes in virtual reality production. Robles has helped shape more than a dozen VR projects, including “Clouds Over Sidra,” Kathryn Bigelow’s “The Protectors: Walk in the Ranger’s Shoes,” “Ghost in the Shell” and “Muse: Revolt.”

Dispatch is the latest project from Here Be Dragons, the venture-backed virtual reality studio founded by Chris Milk and producer Patrick Milling-Smith, which recently raised $10 million in venture funding. 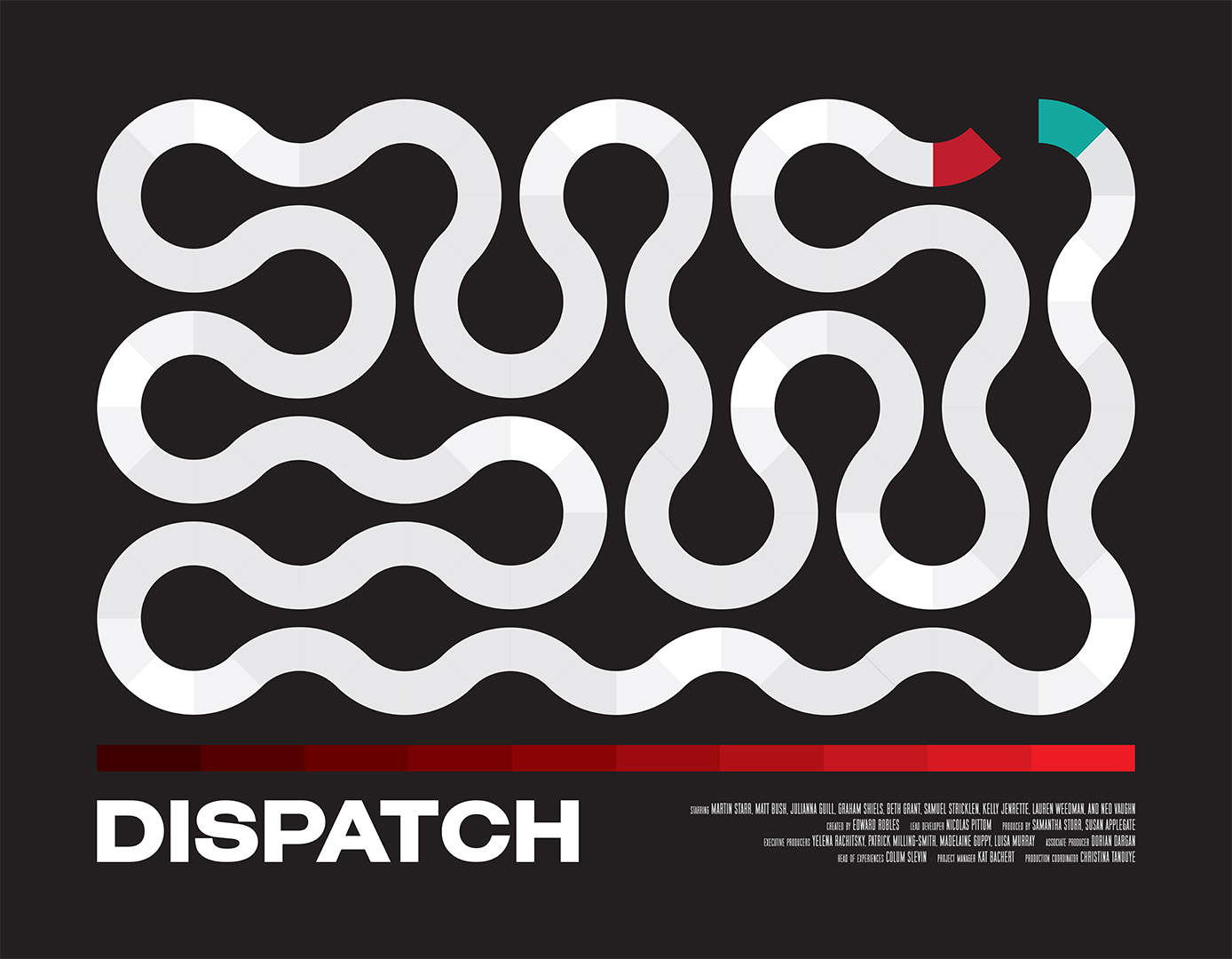 Robles first pitched the project in late November 2016 and the experience began pre-production in late January, after Oculus signed on as a financing partner, the director told me. From beginning to end, the production took nine months, a timeline that Robles called “aggressive.”

The speed of the work was in part thanks to the fact that the production was made in Unity and was entirely animated. From the beginning, Robles said that he intended to rely on the audience to fill in the visual gaps as the Dispatch narrative progressed.

For Robles, to experience what a police dispatcher undergoes nightly, it was important to remove many of the visual cues and let the audience hear the experience.

“The minimalist reductive style comes down to a single thesis,” Robles said. “If you’re a dispatcher and you’re speaking to somebody you have no idea what they look like and the sound is filling in your world view.”

That idea was also paired with Robles’ thoughts that the more detailed a subject is, the more readily an audience member is identified as an “other.”

“The less you realize that person they become anybody,” Robles said.

Beyond Robles’ choices from the directors’ chair, the movement of actors like Starr and writers to take more of an interest in VR is also something that points to the industry’s progress.

“The really good experiences I’ve seen this year that aren’t flashy and aren’t trying to bank on the flash-bang and the typical VR trappings of ‘Whoah you’re really there!’… that refinement is starting to happen,” Robles said.

Ultimately (and perhaps unsurprisingly) the Here Be Dragons creative director takes heart in the progress the medium is making.

“VR is growing at a rate that is surpassing expectations but it’s been doing so quietly,” said Robles.