While I stood anxiously atop a floating platform on my way to what felt like certain doom, I paused to remember my mission as I felt the pulsing heat of the lava planet Mustafar rising up from below me. With the fate of the galaxy in the hands of me and my new friends, I raced through corridors of the base, fighting waves of Stormtroopers, and coming face-to-face with pure evil.

As my spaceship pulled away, and I traded high-fives with my fellow rebels, one couldn’t help thinking we were fighting for something much bigger than ourselves. But then the pixels and polygons left my perspective as the visor came up and I stared down at the same gun that had felt so key to defeating the Empire’s goals just seconds earlier. I was no longer a Stormtrooper in disguise, I was back to being a tech reporter in a sparse warehouse in Glendale, Calif. wiping sweat off my forehead and reaching for a bottle of water.

Star Wars: Secrets of the Empire is an experience opening to the public next month at Disney resort location in Florida and California. It brings virtual reality technologies courtesy of VR startup The Void to the storytelling wits of Lucasfilm’s ILMxLAB to the dazzling theme parks know-how of Disney. What results is a walk-around VR experience that will drop plenty of jaws and open up quite a few people to the state of child-like wonder that VR has often promised but not quite as often delivered.

Sure, it’s VR, but in Secrets of the Empire, VR means a lot more.

You’re not moving around with a controller, you’re walking through the space, nervously running over precarious bridges and hiding behind doorways. When prompted to sit on a virtual bench, there’s a real one right below you. When you see a cabinet of blasters, you can pick one up and get to shooting. Every nearby wall is a wall you can feel and thanks to Leap Motion’s hand tracking tech, you can see your hands right in front of your face feeling those objects.

The free-roaming nature of the experience where you can interact with friends and the physical environment while pushing through to fight the empire amounts to a lot more than any virtual reality experience you may have tried.

In Secrets of the Empire, you are in the familiar-feeling position of being a storm trooper in disguise sneaking through an empire base and then being forced to fight your way out. The storyline seems to take place around the same time as Rogue One between episodes III (Revenge of the Sith) and IV (A New Hope), Cassian Andor (Diedo Luna) gives you your mission assignments before you don your headset and gear to take on the challenge he planned to accomplish but now needs your help for.

The Void, which was part of a recent Disney Accelerator class, is not alone in the location-based VR space, but while the technology that it takes to make this stuff work should not be underestimated, this is first-and-foremost an entertainment play where the IP driving the experiences is more important than ever.

For Star Wars fans, the team at ILMxLAB has built something that will feel entirely familiar the second you put on your headset and one that you will remember long after you walk away.

Where The Void remains ahead of their competition is in how it approaches experiences as co-op missions where multiple friends can endure the challenge together. This is obviously very much in keeping with Disney’s mission, but it also solves a key issue with VR — explaining what the heck you just experienced when you take the headset off. By making it a shared adventure where you can chat with your buddy or sibling or parents, it further cements the realness of what you all just went through in a way that going solo just can’t. 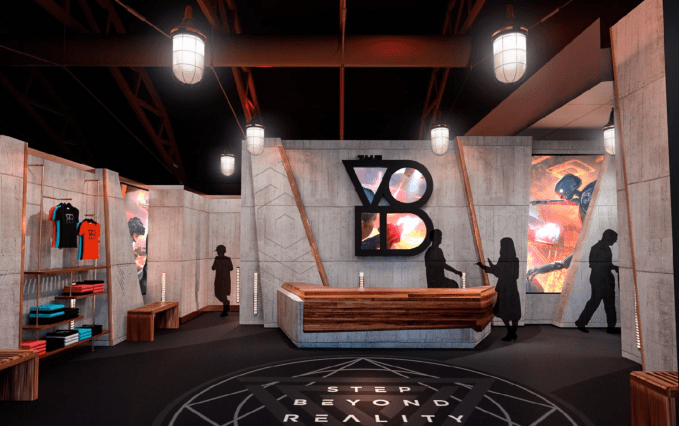 Tickets are $29.95 for the Star Wars experience and you’d better plan to buy ahead of time as quite a few time slots are already booked for the experience launching next month. The whole experience lasts about a half-hour though you’re storming the base for about half of that time.

Secrets of the Empire will initially be launching December 16 at Disney Springs at Walt Disney World in Florida. Then on January 5, the experience will open to the West Coast crowd at Downtown Disney near Disney Land. Aside from these permanent locations, The Void will also be operating a pop-up venue in London’s Westfield mall for 12 weeks that opens December 16th. The Void CEO Cliff Plumer tells me there are more locations being planned for locations beyond North America and Europe.