Apple has updated its App Store support page with new metrics. As of November 6, 2017, iOS 11 is now installed on 52 percent of iPhones and iPads currently in use. 38 percent of devices still run iOS 10, and only 10 percent of people are using an earlier version of iOS.

Apple usually updates this page quite quickly after the release of a major iOS update. This year, the company waited a bit as the iPhone X was released just last week, creating a new influx of iOS 11 users.

And it looks like adoption rate is a bit slower this year. Last year, Apple reported roughly the same numbers on October 11 with 54 percent of users running iOS 10.

The iPhone X could be part of the reason why it took longer to reach the same number. But my theory is that emojis are the main driving force when it comes to iOS updates.

Many users don’t want to be left behind on the emoji front. It has become such an important part of pop culture that many users want to be able to see all emojis and not just question marks for missing characters.

Still, 52 percent of market share in just a couple of months is quite impressive. Most Android users are still using Android 6.0 Marshmallow. Google released this version more than two years ago.

Apple is currently working on iOS 11.2. This release should be available in just a few weeks and come with a major new features for U.S. customers — Apple Pay Cash. This could be enough to push people to update. 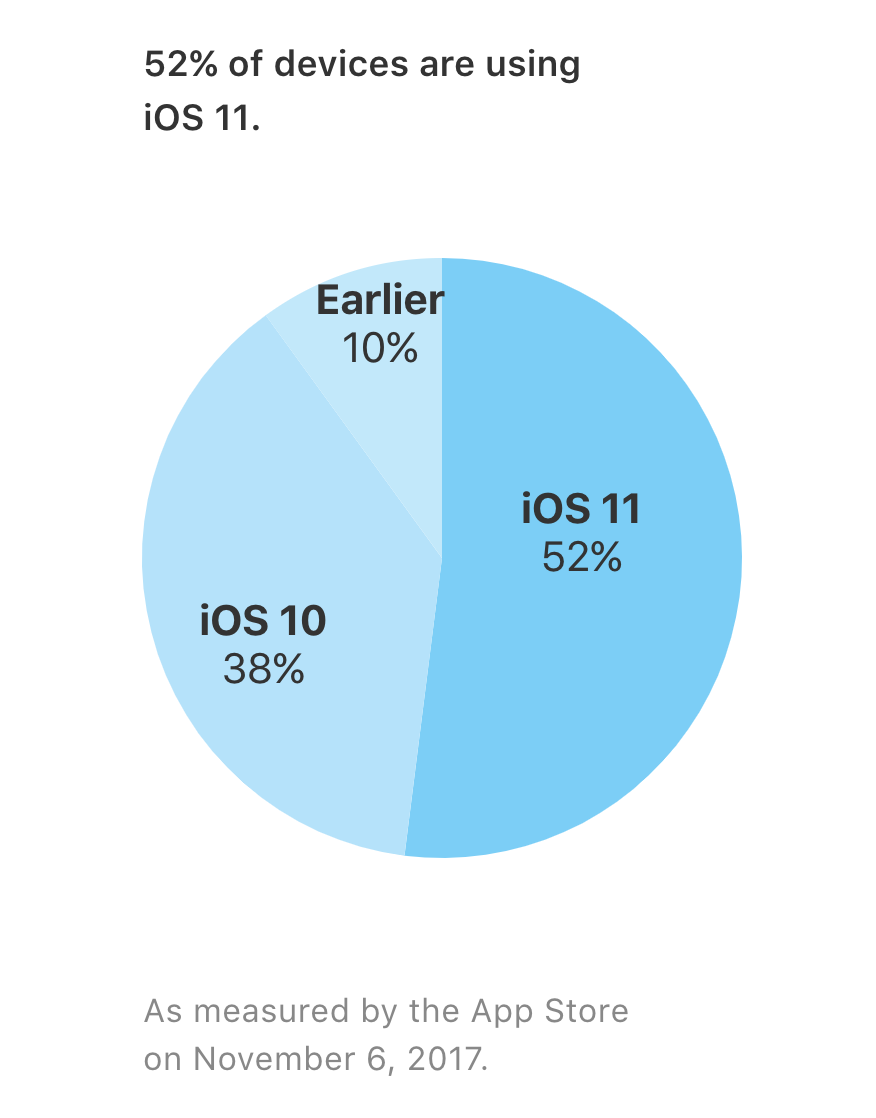