Coffee Meets Bagel, the dating app that serves up a small number of targeted matches each day, has today introduced a new video feature to help users connect right on the app.

“We learned that people don’t really feel a connection to each other until they meet, which makes any dating app feel like a lot of work,” said cofounder and COO Dawoon Kang. “We wanted to figure out a way for users to make a genuine connection from right within the app, and so we decided on video.

Every day, Coffee Meets Bagel will ask users to answer a ‘question of the day’ within a brand new video section. Users record up to eight seconds of video answering the question. Once they answer the question, users will be able to browse the video section for other users in their area who have answered the question, and if they like what they see, they can match with them. 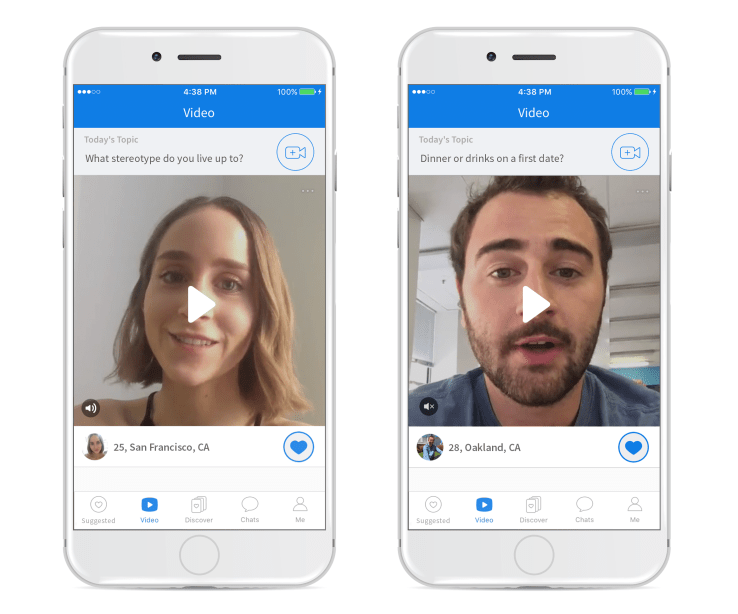 Every 24 hours, the video section is wiped clean to make room for a new question, which lowers the stakes on answering the questions via video in the first place.

There are no filters on the video so users can’t really beautify their videos the way they would on Snapchat or Instagram. But, this means that users who make matches within the video section won’t surprise their date in real-life.

Coffee Meets Bagel currently operates on a freemium model, giving users a certain amount of matches each day and letting them pay (through virtual currency called Beans) for more matches.