I doubt there has been a time that I’ve scrolled through Facebook and not seen the G-Ro. While this could be part of the magic of retargeting but it could also be fate because the G-Ro has been one of the biggest and most exciting changes in carry-on luggage since the rucksack.

The original G-Ro’s claim to fame were its massive wheels designed to lift over curbs and offer a smooth, steady ride. I tried the original bag recently and found it superior to four-wheeled carry-ons I’ve had but a little oddly shaped. With some practice, however, you learn where to put various sundries to ensure proper load balance.

The new bags riff on the original’s style and two models, the Check-In and the Office, include a pair of big wheels and a very sturdy and long handle. The other two, the Backpack XV and Backpack Light, take styling and material cues from the original and offer some interesting features of their own.

Most important, obviously, is capacity. The Check-In can hold a massive amount of gear including a few pairs of shoes in a separate pocket and a number of pockets designed for easy access to necessary items. All of the bags include a built-in rechargeable battery so you can charge on the go. It costs $299 during the Kickstarter promotion.

The Office acts as a laptop case, a document filing system, and even has room for a few overnight things. This one costs $269. The Backpack XV is more like a wearable duffel that can expand and the Backpack Light is a uniquely styled smaller backpack that can hold a 13-inch laptop. They cost $129 and $179 during the Kickstarter promotion.

Bags haven’t changed much since the dawn of time: you hollow something out and put stuff into it. I’m pleased to see G-Ro taking things to the next level with a bag that uses carbon fiber, big wheels, and lots of design smarts to keep us rolling through checkpoints with ease. 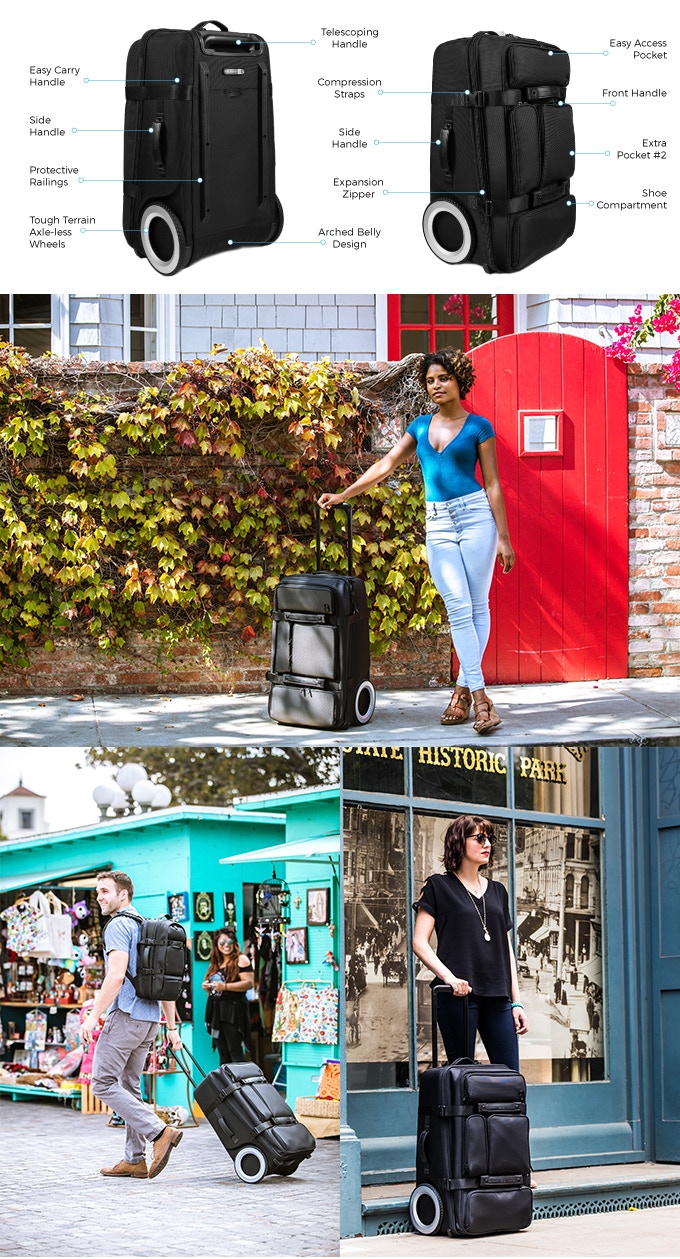