Waymo is investing a lot of time and effort on building out the user experience of its self-driving vehicles, which includes both the external and internal user-facing features of its autonomous cars. This includes looking at everything from how a user gets picked up during a ride-hailing experience, to communicating with others sharing the road, to how a user interacts with the car once on board – and it’s something the company is clearly investing more in now that its actual self-driving software and hardware is becoming more mature.

UX design head Ryan Powell explained during a press event at Waymo’s Castle proving grounds that the goal of the user interface inside the vehicle is to provide a clear sense of what the car can see, and what the virtual driver intends to do. Research shows that a lot of the communication between a human driver and their passenger occurs non-verbally, so the challenge for Waymo has been to recreate that experience, which is generally one of mutual trust between passenger and rider, between human users and the autonomous vehicle itself.

Part of the way Waymo is trying to do that is by providing riders with a visual interpretation of what the car is seeing on the road. The wireframe images you may have seen from other engineer-oriented visual maps of autonomous vehicle sensor fusion pictures obviously aren’t very generally user-friendly, so Powell and his team set up to create a more broadly palatable version of that so-called ‘x-view,’ which eliminates some elements, highlights others, and generally dresses up the elements for something that’s not only informational, but also interesting and pleasing to look at.

This view will delineate pedestrians, distinguish cyclists and people on skateboards with distinct imagery, and also outline buildings and other geographical landmarks so riders can see how the objects on screen relate to those outside. The virtual camera angles of the display also mimic the way a driver looks around when doing things like entering an intersection or merging with traffic, all again with the effort of making the rider feel comfortable with the driving decisions being made.

“It’s really key for riders to focus their attention on the critical elements for a given situation,” Powell says, explaining why they’ve chosen to exclude some visual elements, and to do things like place flashing highlights on any emergency service vehicles picked up by the Waymo sensor suite.

On top of all of this, there’s also a 2D “status layer” overlay, which displays simple information directly, including the time left in trip, traffic light status when at a stoplight, and spelled out actions the car is currently undertaking, like “yielding for pedestrians,” so people can see at a glance why the car has slowed down or stopped.

Waymo Product Manager for UX and the Early Rider Program Juliet Rothenberg is more focused on other physical elements of the overall user experience. She described making sure that riders have a sense of control from the get-go, with a simple console featuring buttons that allow riders to start the ride once inside, as well as “Pull over” if they want to stop at any time, lock or unlock the doors, and also, crucially, get in direct contact with a live Waymo support agent at any time. This, combined with the in-car displays, is all about making sure riders can always trust the vehicle to behave as it expects.

“We learned something that anyone who’s ever been in a relationship can understand,” Rothenberg explained. “Predictability and communication are key to trust.” 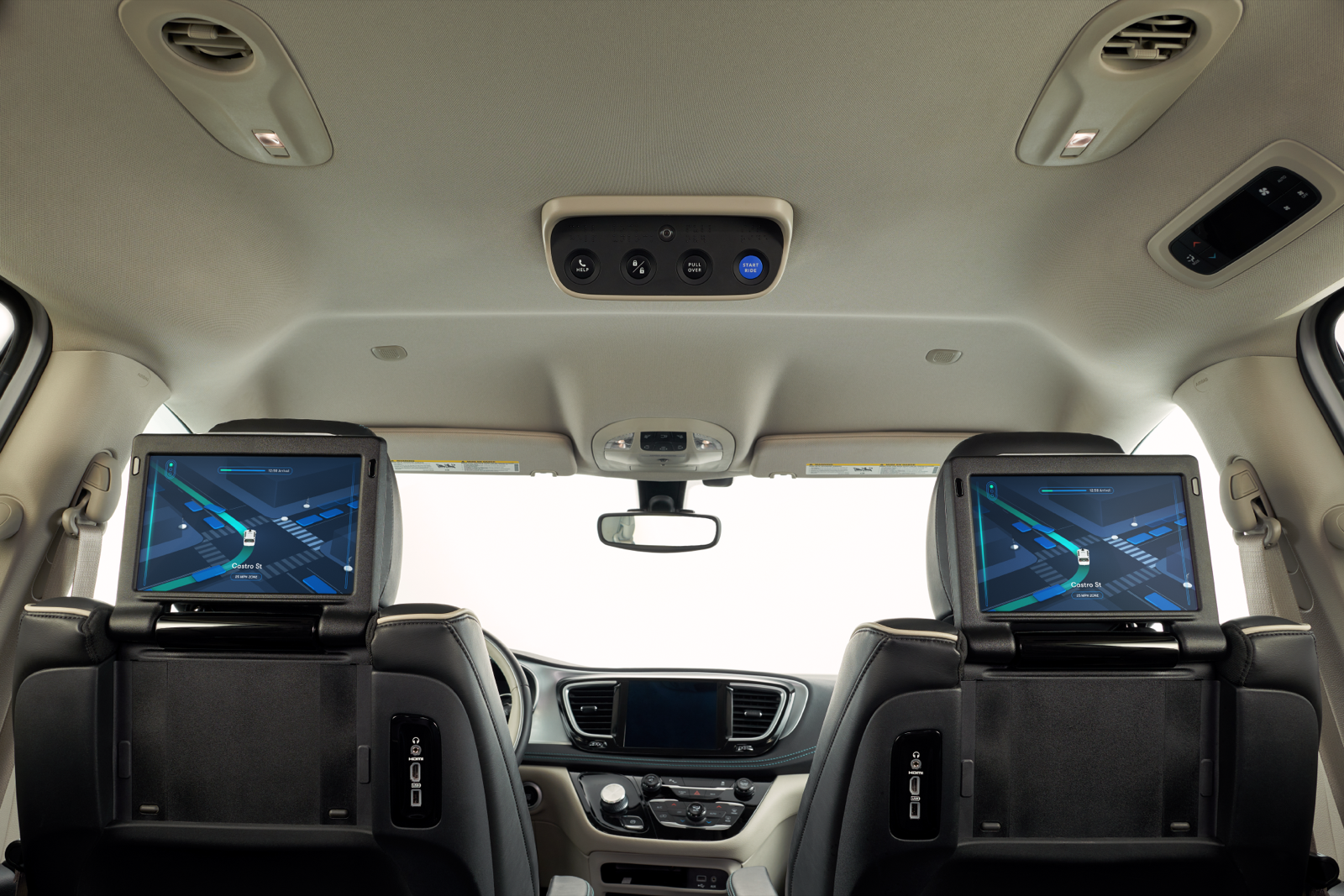 Rothenberg noted that the Early Rider program in Phoenix has been incredibly popular thus far – they received over 10,000 applications within the first 24 hours from local residents. It’s been live for eight months now, and Waymo is getting a ton of feedback on UX, using feedback forms distributed after every ride, polls sent out to program participants and eve ride-alongs with members of the team to gather live feedback in situ.

One of the big takeaways thus far has to do with pickups. Waymo says it found that riders aren’t always precise about specifying pickup points, and unlike with an Uber driver, for instance, you can’t just call someone directly to clarify where you want to meet. They found that often riders will see the car approaching and walk to meet it, too, and that the car being a computer will still proceed to the exact specified pickup location. Waymo is testing tweaks that allow the car to recognize their rider and intercept them on route if they see them walking in the car’s direction as a result.

There’s still a lot of work to do on UX for autonomous cars, including things like figuring out how to signal to a rider which vehicle is theirs once they become more commonplace. But Waymo is also already thinking about deployment strategies, too, and it’s weighing a few different options. 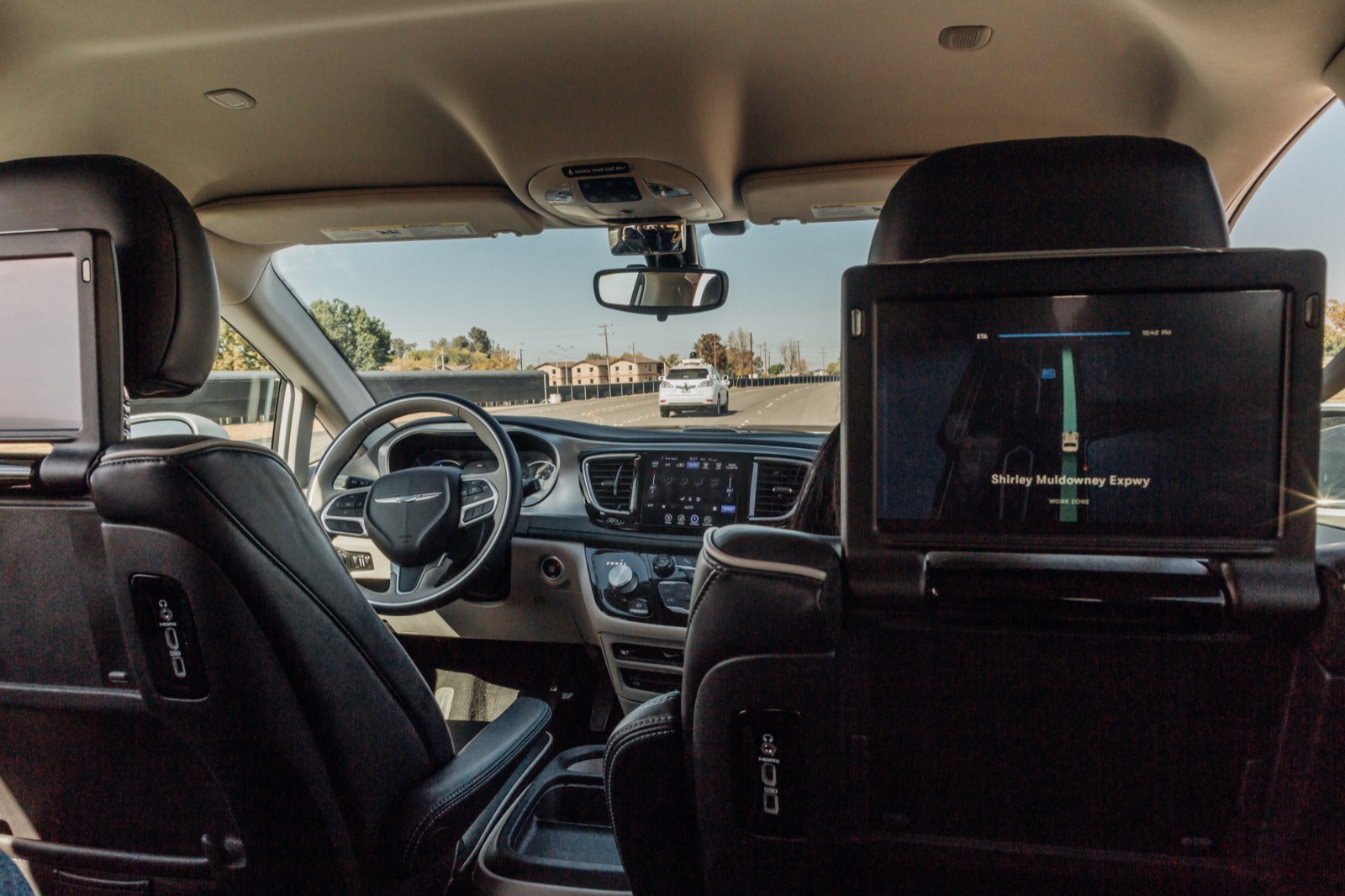 Waymo CEO John Krafcik said that the company is obviously considering ride hailing and ride sharing, using its own fleet and services and with partners, and he also said it’s looking with great interest at autonomous trucking since that’s relatively low-hanging fruit in terms of applications for autonomous vehicles. He also mentioned partnering with cities on providing last-mile transit solutions in combination with existing infrastructure, and even working with carmakers on providing autonomous features in consumer vehicles.

Waymo’s main role used to be making sure its robot cars could navigate roads, but now it’s clearly giving a lot of time and attention to making sure it can navigate people, too – and find profitable business models for commercial operation. Asked about studies that show skepticism around self-driving vehicles, Krafcik said that on balance, what Waymo is seeing from these surveys is actually promising for them as a company.