How can internet giants know that innocent-seeming U.S. companies aren’t actually shell vehicles for malicious foreign actors to buy ads to interfere with elections? The short answer is they can’t, and that drew questioning from a congressional probe today into Facebook, Twitter and Google being used to manipulate the 2016 presidential election.

The hearing saw Facebook’s general counsel Colin Stretch dodge whether Facebook supports the new Honest Ads bill, instead touting the self-regulation it’s implementing. Google’s Richard Salgado affirmed that the company sees itself as a technology platform, not a media company or newspaper.

And Senator Ted Cruz pressed Facebook about whether it was politically neutral, and if it sways discourse “in ways consistent with the political views of your employees,” which I’ve noted leans Democrat judging by rampant cheering by employees for Democratic talking points during Barack Obama’s townhall at Facebook HQ in 2011.

Perhaps the most telling moment of the hearing came when one member of the committee questioning the companies’ spokespeople asked:

“How do you deal with the problem of a legitimate and lawful but phony American shell corporation, one that calls itself say ‘America for Puppies and Prosperity,’ that has a drop box as its address, and a $50 million check in its check book that it’s using to spend to manipulate election outcomes?” 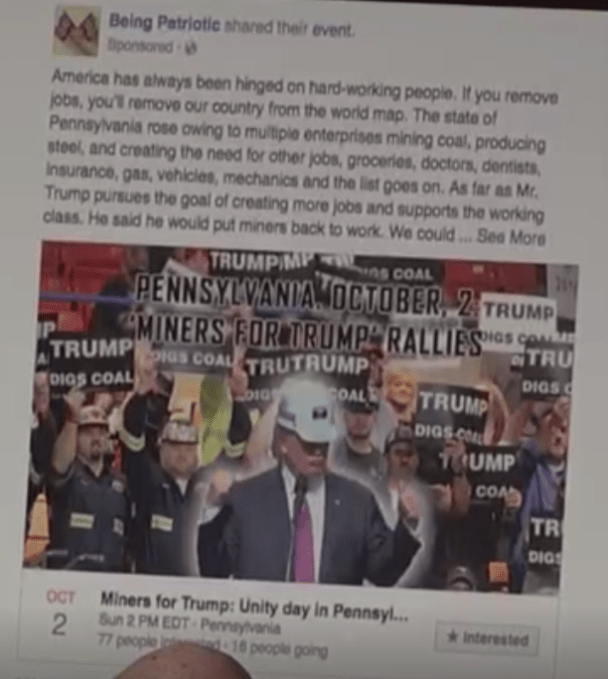 Twitter’s general counsel Sean Edgett admitted “I think that’s a problem. We’re continuing to look into ‘how do you get to know your client’ . . . and believe that we’ll have to figure out a good process to understand who those customers actually are that are signing the contracts with Twitter to run ads.”

The committee pressed further about Twitter’s shortcoming here. “You admit that if you trace it all the way back to an American corporation, let’s call it ‘America for Puppies and Prosperity’ and it’s actually a shell corporation, you don’t actually know who’s behind it?” the committee asked. “It could be Vladimir Putin, it could be a big powerful American special interest, it could be the North Koreans or the Iranians. You need to be able to penetrate the obscurity of the shell corporation, correct?”

Edgett responded “Yeah, we’re working on the best approach to getting to know the clients and getting to know who’s behind the entities that are signing up for advertising.”

Later, Senator John Kennedy laid into the tech representatives, saying “Sometimes your power scares me.” He went on to ream Facebook’s general counsel Colin Stretch “for having 5 million advertisers,” which Kennedy said he thought was a quantity impossible to police. “You don’t have the ability to know who every one of those advertisers is, do you?” Kennedy asked. Stretch admitted Facebook didn’t, and it would likely be cost-prohibitive to drill down further into their identities. 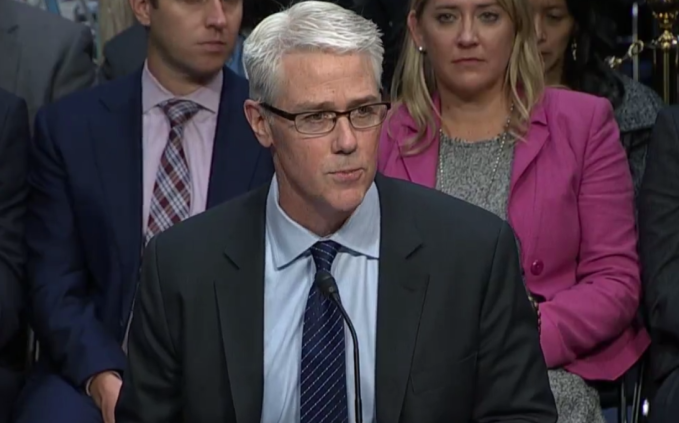 Herein lies one of the toughest ongoing challenges for Twitter, Facebook and Google. They must either erect barriers to advertising that could deter innocent businesses and cost too much to administer and maintain, or they have to largely take advertisers at face value.

Facebook has written that it plans to “require more thorough documentation from advertisers who want to run U.S. federal election-related ads. Potential advertisers will have to confirm the business or organization they represent before they can buy ads.” But if those identified businesses are merely shell companies, that rule doesn’t do much good.

In the hearing’s second session, when asked about shell companies, Alliance For Securing Democracy fellow Clint Watts said, “I’m actually surprised that the Russians made the mistake of buying ads directly through the Internet Research Agency,” rather than through a shell company. He called this a mistake by the Kremlin, indicating future election interference could be even tougher to trace. And when asked if he thought the tech giants can currently identify who their advertisers truly are, Watts bluntly said “No.”

This issue of advertiser identity and how deep tech platforms are required to investigate it could emerge as key to whether these companies are allowed to self-regulate or whether the government will step in.