Grab, Uber’s chief rival in Southeast Asia, finally has a new CTO more than two years after its previous one departed.

Today the company introduced Theo Vassilakis, a former Googler who also spent time with Microsoft, as its second ever CTO. There were high hopes for the first, Wei Zhu, who helped create Connect with Facebook, but he left in 2015 after just a year and later sued over alleged unpaid earnings.

Grab is a different company now. For one thing, its valuation has leapt from $1 billion to $6 billion to make it the highest-valued tech startup in Southeast Asia. Its business has swelled to over 1.8 million drivers and more than 60 million downloads making it (most likely) larger than Uber but the fight is very much on.

Of particular interest to Vassilakis: Grab’s R&D division now spans six offices across Asia and the U.S. and it is in process of carrying out a plan to make 1,000 new tech hires in those offices between the beginning of this year and the end of 2018.

It had become quite normal for Grab — which, remember is a $6 billion tech company up against the world’s best-funded private tech firm — to operate without a CTO. But when Grab VP of engineering Arul Kumaravel, who had assumed a large part of the responsibilities of the role, quit in the summer for personal reasons, the void appeared to swell to ‘gaping’ status.

Enter Greece-born Vassilakis, who graduated Stanford and holds a PhD in Mathematics from Browns, to fill it. 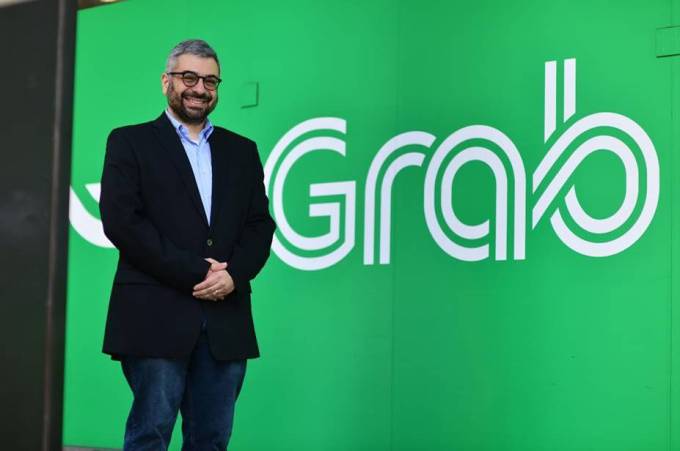 A seven-year stint at Google, where he rose to become an engineering director within the search giant’s infrastructure business, stands out on his CV. Vassilakis’ most recent engagement was seven months with Microsoft after it acquired Metanautix, the big data firm he founded, in 2015.

“Southeast Asia is an incredibly exciting region. There’s an opportunity to make the lives of hundreds of millions of people easier by developing products and services that can bring convenience and income opportunities. I look forward to working with [CEO] Anthony [Tan] and the Grab team to drive further the scalability, reliability and machine-learning capability of our platform as we move towards that goal,” Vassilakis said in a statement.

Grab will hope he is the man to lead tech at this $6 billion company as it bids to emulate close ally Didi Chuxing’s lead and force Uber’s exit from the Southeast Asian market.