Today, Google is starting to seed to devs a new developer beta (8.1) of Android Oreo.

The big highlight here is the new Neural Networks API, which brings hardware-accelerated inference to the phone for quickly executing previously trained machine learning models. Bringing these calculations to the edge can bring a lot of utility to the end user by reducing latency and load on the network, while also keeping more sensitive data on-device.

This can come in handy when it comes to allowing the apps on your phone to do things like classify images or learn from how your habits predict behavior. Google said they designed the Neural Networks API as a “foundational layer” for frameworks like TensorFlow Lite, Caffe2 and others. 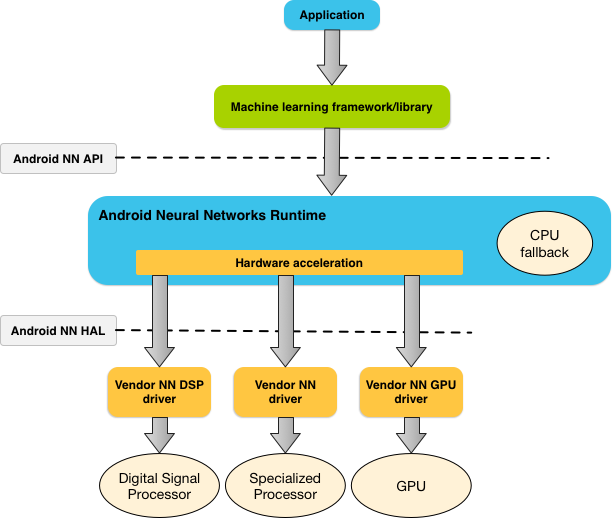 If available, the API can make use of special AI chips on the device — or fall back to the CPU if that’s the only option. Google’s new Pixel 2 phones feature such a special chip (the Pixel Visual Core) and Google previously said that it planned to turn it on once the 8.1 preview went live (so today…).

While the Neural Networks API focuses on putting more work on the user’s device, Google also is introducing some optimizations for Android Go in 8.1 that should help developers target users of the lightweight version of Android for more basic smartphones that Google announced at I/O this past May.

Go is all about low-specced phones with bad connectivity. This update focuses on memory optimizations for devices running less than 1GB of RAM; they’ve also made it so that developers can target distribution of updates to devices based on their system memory if they’re running 8.1 or later.

Beyond this, the 8.1 developer preview will bring some updates to Autofill so its easier for password managers to use the framework. These updates all come in addition to the expected bug patches and security patches.

Android 8.1 isn’t coming to consumers until December, but if you’re a developer you can jump on the beta now.