Facebook should have plenty to talk about, between augmented reality, new acquisitions, the Watch video tab and all its ongoing scandals with Russian election interference, fake news and News Feed reach. Today the company announced its annual F8 developer conference will return to San Jose’s McEnery Convention Center on May 1st and 2nd, 2018.

People can sign up for updates on the F8 website, where registration should open around February if last year was any indication. Last year people applied for access during the two-week registration, and then if they were accepted on the basis of merit, could buy tickets for $595.

The event typically kicks off with a keynote by CEO Mark Zuckerberg outlining Facebook’s philosophy, long-term road map and new product launches. Then a parade of product managers come out to demo all the new toys and tools, followed by a day of talks and panels teaching developers and brands how to take advantage of them.

Facebook writes that “In addition to more than 50 sessions, attendees can experience interactive demos, have the opportunity to meet Facebook product experts and have the chance to interact with our global developer community.”

Last year Facebook debuted its AR Camera Effects Platform, projects from its Building 8 hardware lab (like an effort to let you type with your mind), new artificial intelligence technology and offline mode for Instagram. This year, people will be hotly anticipating more actual functionality from the camera platform, as well as new gadgets from Building 8, like the smart speaker and video screen it’s reportedly working on. 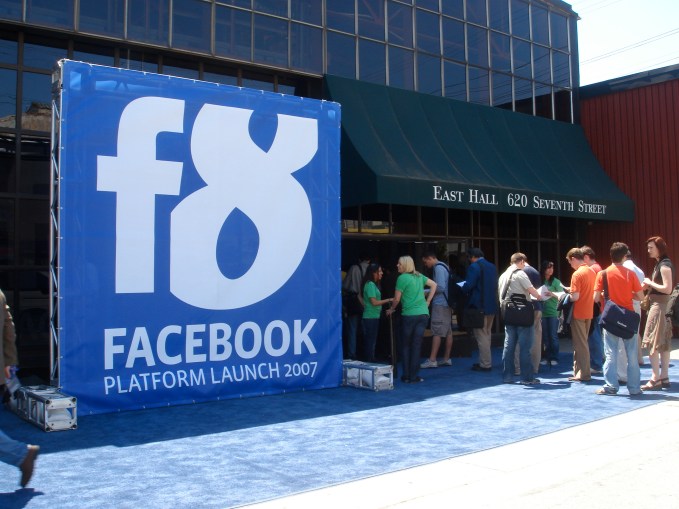 After years in San Francisco, Facebook moved F8 to San Jose last year. TechCrunch will be there in 2018 to deliver you all the news and analysis about the social giant.