TiVo is nearing the launch of a new product in its BOLT family of DVRs, which can either be swapped in place of your cable company’s DVR, or, in the case of the original BOLT, be used by cord cutters who want a way to record over-the-air broadcasts. Now, ahead of any official announcement, a new BOLT product is appearing on Amazon, called the BOLT VOX. The device comes with a new voice remote control and supports 4K, like the earlier BOLT models.

The product listing, first spotted by Dave Zatz, is not yet filled out with details like a product description or pricing. But from what is available on the Amazon listing, we can see that this VOX offers 500GB of storage space, 4K Ultra HD support, support for recording via cable or antenna, and comes bundled with a new voice remote.

At 500GB, that’s comparable to the entry-level BOLT, which is also available in a 1TB version. The BOLT+, meanwhile, offers 3T of storage. Given the BOLT VOX’s support for 4K, it’s clear there will need to be more storage tiers offered here.

According to Zatz, that will be the case. He says the VOX will come in three models, going up to 3TB. He also spotted a TiVo Mini 4K Vox on another retailer’s site.

Like the other BOLT products, the new DVR combines the ability to watch and record from traditional TV, as well as watch via streaming services. This is one of the key selling features for the TiVo BOLT and BOLT+. They’re designed for those who want to combine their traditional TV viewing – whether via cable or broadcast – with online streaming from services like Netflix, Hulu, Amazon, Vudu, HBO, Epix, YouTube, and others. 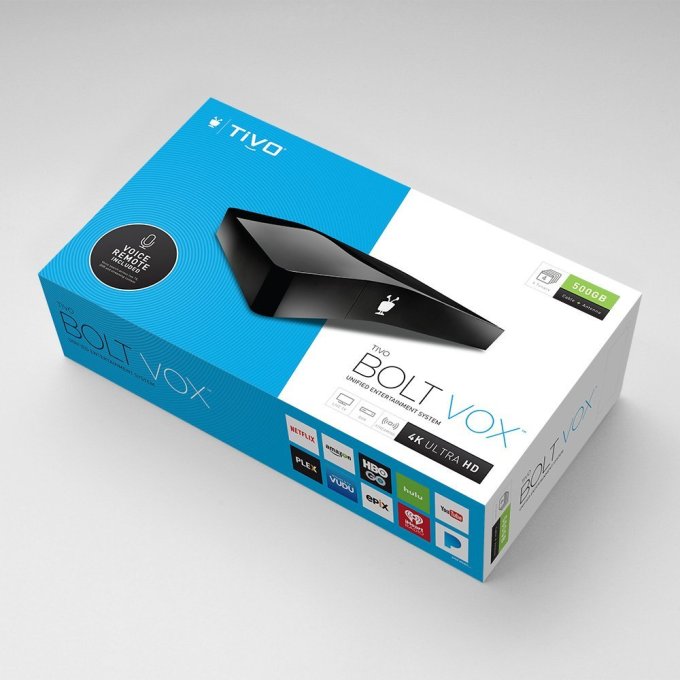 But what’s really helpful is that you can search for programs across your traditional TV service, online streaming services, and marketplaces offering titles for rent and purchase.

The BOLT devices also include other handy features, like the ability to skip through commercials, watch with sped up audio, watch live and recorded shows across web and mobile in and out of the home, and even access content from your computer via Plex.

The BOLT VOX device will offer TiVo’s new interface, due out later this year, Zatz also noted. (You can see it in action here.)

The box itself retains the odd, angled shape of the BOLT and BOLT+, but is black like the newer model instead of white like the BOLT.

Also pictured in Amazon’s listing is a redesigned TiVo remote, previously spotted by Zatz a few weeks ago by way of an FCC filing. 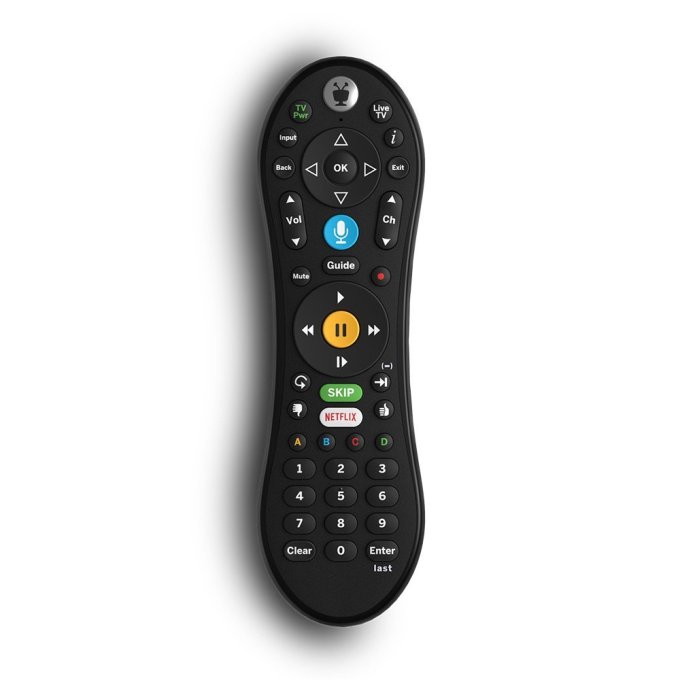 The TiVo button at the top is now a rounded circle instead of an actual logo cutout; the thumbs up and down buttons are more muted as simple black-and-white buttons, instead of green and red and have been relocated; and the overall layout seems more organized.

The remote includes a dedicated Netflix button, but the biggest changes are the addition of a big “Skip” button and a new, blue voice button. According to the earlier leak, you’ll be able to search by title, actor or keyword via voice, launch apps, change channels, navigate TiVo and more via voice.

It’s unclear when the TiVo VOX will go on sale, as the Amazon listing doesn’t include a ship date or other ordering information. But the box’s appearance indicates a launch is happening soon.