Google’s Pixel 2 and Pixel 2 XL have a number of strengths to recommend them, but what makes them really unique is that they offer two versions of phone that finally, for Android, will provide everything anyone really needs in a smartphone. Other device makers have realized that different sizes appeal to different customers, but Google’s Pixel lineup offers a true choice, instead of a selection of compromises.

It’s true that their all are few key differences between the Pixel 2 and Pixel 2 XL, including the use of an AMOLED display in the 2 and a pOLED screen in the 2 XL, with 95% DCI-P3 and 100% DCI-P3 color gamut coverage respectively, but the phones are the same where it counts – specifically around the camera, and around the surprisingly convenient squeezable Assistant activation feature, the same processors, the same storage, the same front-firing speakers, and the same battery life.

All of that’s nice to have, but the camera is the key ingredient here: Google isn’t penalizing those who prefer smaller devices with any sacrifice in capabilities on that front. It’s a fact that most large devices that offer additional camera benefits do so because, at least in part, of additional real estate for more camera hardware, but it’s also true that Google’s smartphones offer excellent camera capabilities regardless of having just one lens on both sizes. 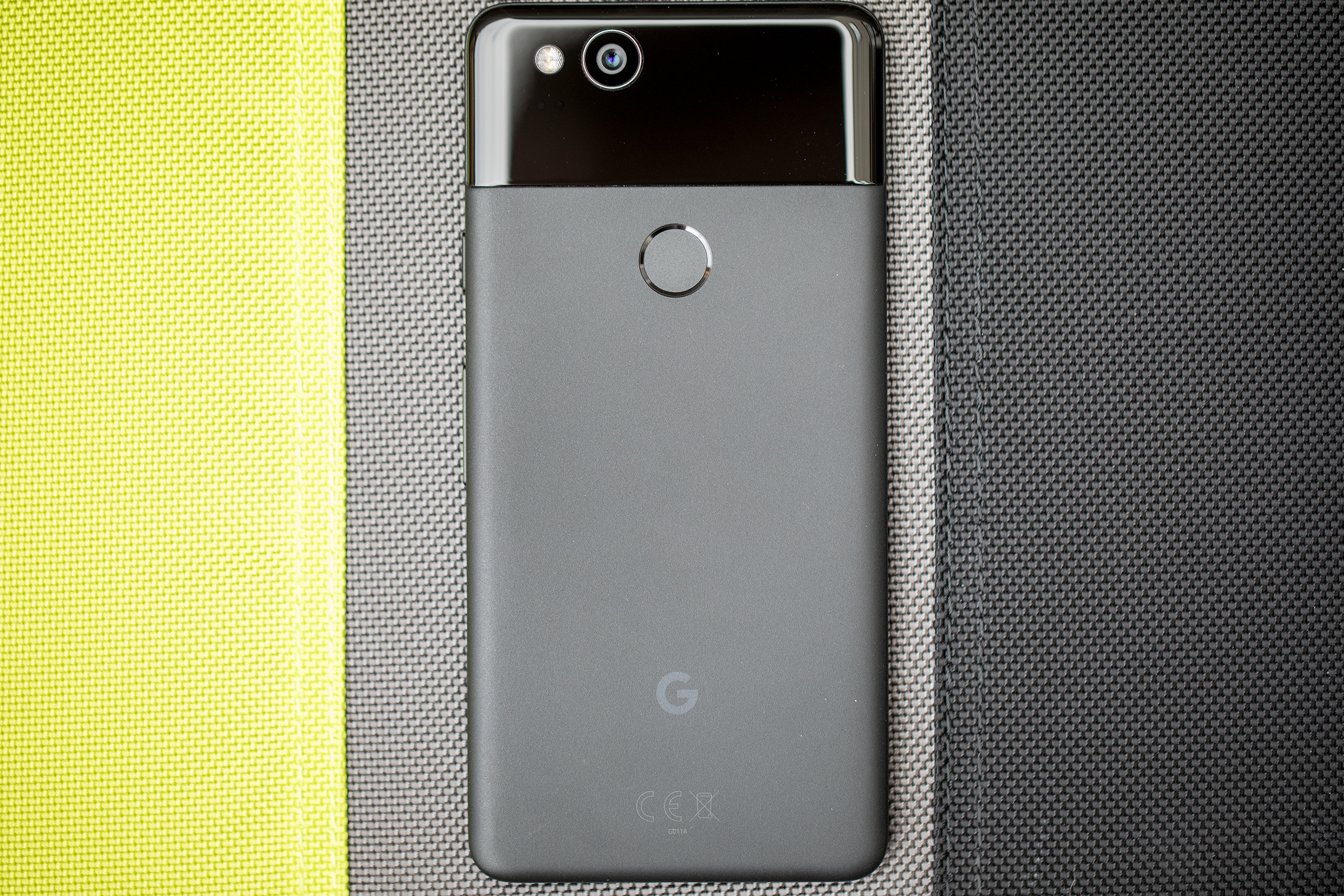 The other area that might affect consumer purchasing is the bezel gulf, which basically means that the smaller Pixel has larger top and bottom portions around the display. But it’s actually not something most users are going to care that much about in practice, and when using either, you forget about the bezels pretty quickly thanks to excellent OLED screens.

Both devices also feel great in the hand, but the smaller Pixel does a lot with a form factor that’s appreciably better for those with smaller grips, and single-handed use.

Other smartphone makers divide up the line with sizes, but also change up the features available in each variant, adding a lot more to consider in the decision-making process. Google has successfully threaded the needle on balancing out both form factors – though design preference is still going to cause some head-scratching before picking one or the other for those planning on buying.

The real strength of the Google Pixel 2 doesn’t come from its range of sizes, however, but from its ability to deliver an Android smartphone that doesn’t just exemplify how far the mobile OS has come over the years, but also does so with style and a unique take on what it means to make a smartphone. The Nexus line always had a slightly forgettable quality, the ‘beigeness’ of a manufacturer reference device – Pixel, and especially the Pixel 2, is a statement, and one that people can really identify with.