Google’s latest Daydream View build is by no means a major departure from the previous iteration. While it’s sturdier, more thought-out and a bit more expensive, it encapsulates much of the same features of the headset from last year.

This View looks almost identical to its previous iteration but the changes to its build materials are substantial and give the device a feeling that is more gadget than toy, compared to last year’s iteration.

I don’t like the new fabric type on the updated View quite as much as last year’s version, which felt like it was basically a Patagonia quarter-zip wrapped around a pair of lenses. This year’s is still plenty breathable and the face pad feels a bit cushier but it feels like less of a hipster headset and a bit more legit which may be good or bad depending on what you want. The most notable build shifts otherwise are the top strap for the headset and the front which has some venting to funnel heat away from the phone. 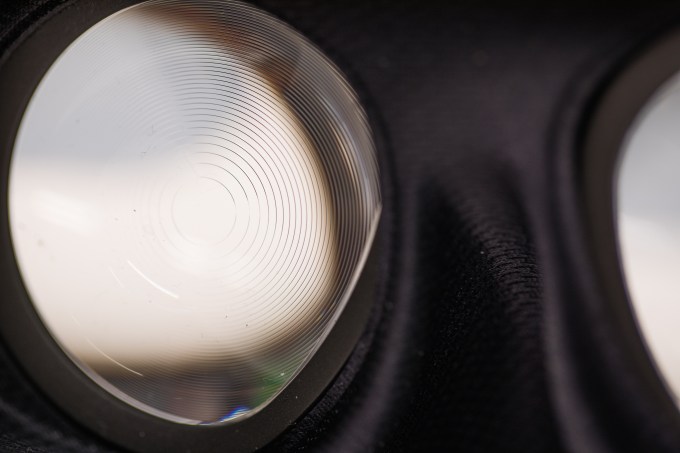 One of the changes Google was most keen to address were the new lenses which do indeed offer a noticeable improvement for the headset, widening the field-of-view using a lens design similar to what you’d find in the Rift or Vive. It doesn’t redefine the experience or anything, but it enables a more immersive experience than its competitors can offer at least from an optics standpoint.

The controller appears to be identical to last year’s version. The most notable loss comes in the redesigned lens structure which gets rid of the space inside the front of the headset where you used to be able to store the remote. It’s completely separate now and given that the remote is a total necessity it is a bit of an annoyance. It’s unfortunate that Google chose to tack $20 onto the price, upping it from $79 to $99. The changes are largely welcome and led to a nice jump in overall build quality but also aren’t ones anyone necessarily needed. Samsung recently raised the price of their Gear VR headset to $129 with the addition of an external controller, so $99 isn’t a huge leap but VR is still a toy and should perhaps be one with a cheaper buy-in price.

Though Google initially pitched the Daydream View as a reference design that other hardware manufacturers could/would imitate, there appears to have been precious little interest from OEMs in actually building and selling their own headsets. Losing money on headsets to gain users is Google’s job it seems. There’s really no reason to upgrade if you have an old View headset, if you’re intrigued by Daydream and have a compatible phone, you’ll have to decide whether you want to catch a deal on an old model or gain the updated optics and build. This is a top notch mobile VR headset but its upgrades are peculiar, foregoing the new features for new fabric, new lenses and a new price.