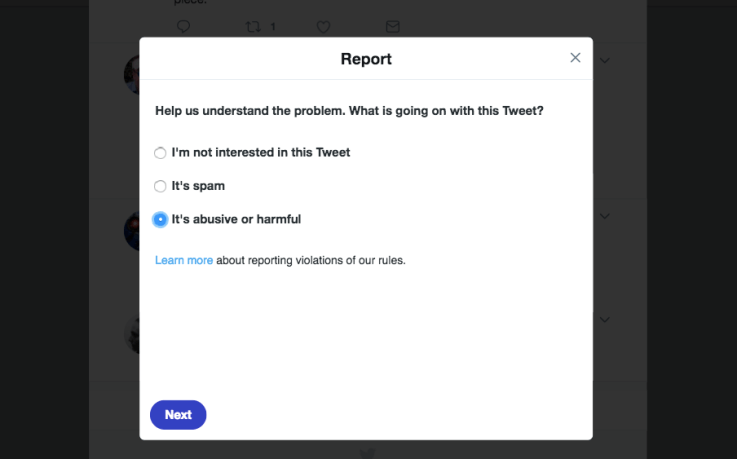 I have a new habit.

It quenches a thirst. It soothes a weakened, battered piece of my psyche. It repairs my wounds and unleashes me, more powerful, into my day. It fulfills the saddest, most regrettable pieces of myself.

It may also be a habit that you want to pick up. You too may find that this simple step into the breach of social engagement online can make you… Fitter. Happier. More productive. But this isn’t about you. It’s about me… me and my new habit.

From the start, it’s important that you know that I don’t really have the luxury of purging myself from social media. I like to think I’m the kind of person who would retreat from all of it and live in the moment, depending on the internet only when necessary, when the left brain is making a calculation and requires data. But I’ve never been free of the excuse that “I have to be on Twitter” for work.

I’ve retreated from Facebook and Instagram. They are still on my phone, but I check Facebook very rarely (my long-distance friends don’t love this) and I am on Instagram less and less since that filthy algorithmic feed was introduced.

Twitter, however, has grown increasingly important in my world. Of course, the tech world has adopted and sustained Twitter through thick and thin. We remain, we have our own insanely insular conversations, and we spend a considerable amount of our day wading through a rapid current of information, from the insults to the clapbacks to the breaking news to the late takes to the shade to the #truth.

Since the death of Google Reader, the most reliable place to filter breaking news is Twitter.

And so I stay.

And I, like 328 million others, witness the carnage of public discourse.

Twitter is a big pile of hate. It doesn’t take long to understand the extent.

Just look at Google searches around Twitter hate and Twitter abuse in the news section. The EU has had enough. Democrats in the US Congress have had enough. We’ve all had enough.

When I see hatred paired with ignorance so equally, as is often the case on Twitter, it’s incredibly difficult to resist the urge to argue.

I could. I could go on and on with logical arguments and explanations for every stubborn citizen that still argues against gun control in this country. I could troll back the trolls. I’ve been trolled enough to know, at least somewhere in my brain, that what trolls say is as useless as my own carbon footprint. But I still feel the sting. And after my own run-ins with trolls on a personal level, I admit that I avoid it.

But there is a new matutinal practice that relieves me of all this combined stress.

I report all kinds of people.

If Twitter really cares about what’s going down on the platform, and if Twitter really believes that part of the solution is community reporting, then I’m going to be the best vigilante of all of the Twittersphere.

You can check out Twitter’s rules right here, but this is the important piece:

Hateful conduct: You may not promote violence against or directly attack or threaten other people on the basis of race, ethnicity, national origin, sexual orientation, gender, gender identity, religious affiliation, age, disability, or disease. We also do not allow accounts whose primary purpose is inciting harm towards others on the basis of these categories.

There are some obvious caveats. Twitter wants to limit account suspension to those accounts whose primary purpose is malicious activity, rather than punishing one-off tweets or instances. This makes sense, considering Twitter is struggling with user growth.

Twitter also specifically states that the number of reports doesn’t affect their ultimate decision. So, if you’re being harassed by someone, it doesn’t make a difference if you encourage all your friends to report them.

So, yes, the reporter’s power is not all that formidable.

Which is why I don’t go back to see if all of the accounts or tweets that I’ve reported have been suspended or taken down. I can only do my part. What Twitter does with these reports is its problem.

But spiritually, reporting bad behavior offers me a way to take action instead of arguing with people who simply want to ignite a war of words. And for me, reporting tweets with hateful language, name-calling, racism, sexism, and any other flavor of despicable you might come across on Twitter, gives me a way to let go of some of my own rage without participating in the division.